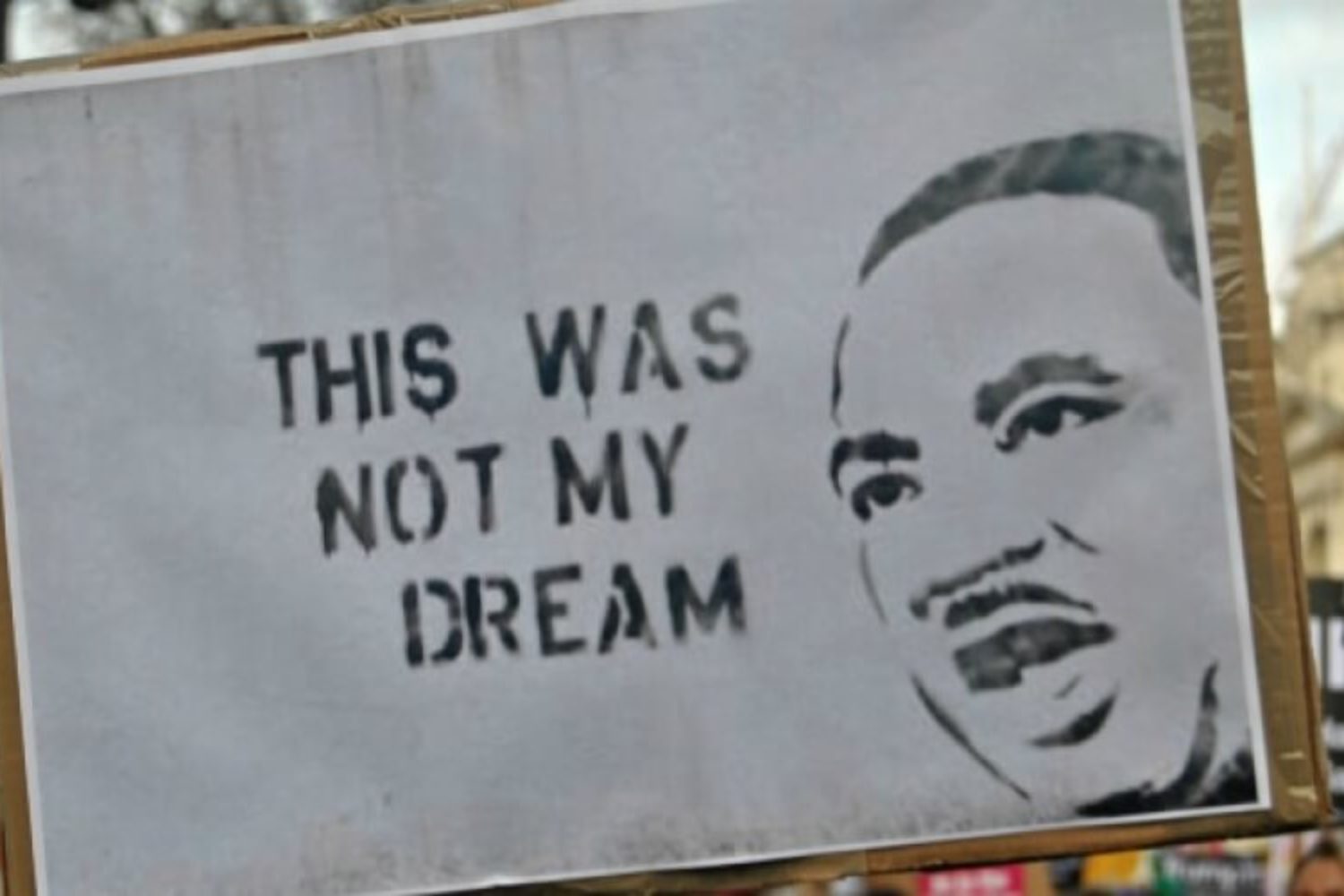 photo above: Fifty years ago Tuesday, Martin Luther King, Jr. warned that “a nation that continues year after year to spend more money on military defense than on programs of social uplift is approaching spiritual death.” (Photo: Loco Steve/flickr/cc)

WN: I shy away from the term “progressive” as I do from “left” and “right” wing designations, as I do from “liberal” and “conservative”, etc. – though I think about people in such categories at times. The terms are not only imprecise: they give rise to arrogant smugness or epithet hurling. All that said, what was launched today, as you see below is hugely encouraging.

Social movement leaders from groups across the progressive spectrum launched a campaign on Tuesday denouncing President Donald Trump’s proposed $54 billion increase in the U.S. military budget, which is coming at the expense of the environment, education, human and civil rights protections, and public health.

The #No54BillionforWar effort is launching on the 50-year anniversary of Martin Luther King, Jr.’s speech “Beyond Vietnam: A Time to Break the Silence,” [see also here]which warned that “a nation that continues year after year to spend more money on military defense than on programs of social uplift is approaching spiritual death.”

But Trump’s proposal, which pays for increased military spending by slashing everything from the Environmental Protection Agency to diplomacy, “does exactly that,” said Phyllis Bennis, who directs the New Internationalism Project at the Institute for Policy Studies. Under Trump’s budget, she told Common Dreams, “war wins out”—over pretty much everything.

“[T]he Trump administration plans to take much of their $54 billion gift for the Pentagon from the budgets of the Environmental Protection Agency (even threatening to shut down its already under-funded environmental justice office), the Department of Health and Human Services (slashing family planning and anti-violence-against-women programs), from the State Department (thus privileging war over diplomacy), and foreign aid (so that the wealthiest country in human history turns its back on the world’s most desperate),” reads the coalition statement published Tuesday.

Please click on: ‘No Walls, No War, No Warming’