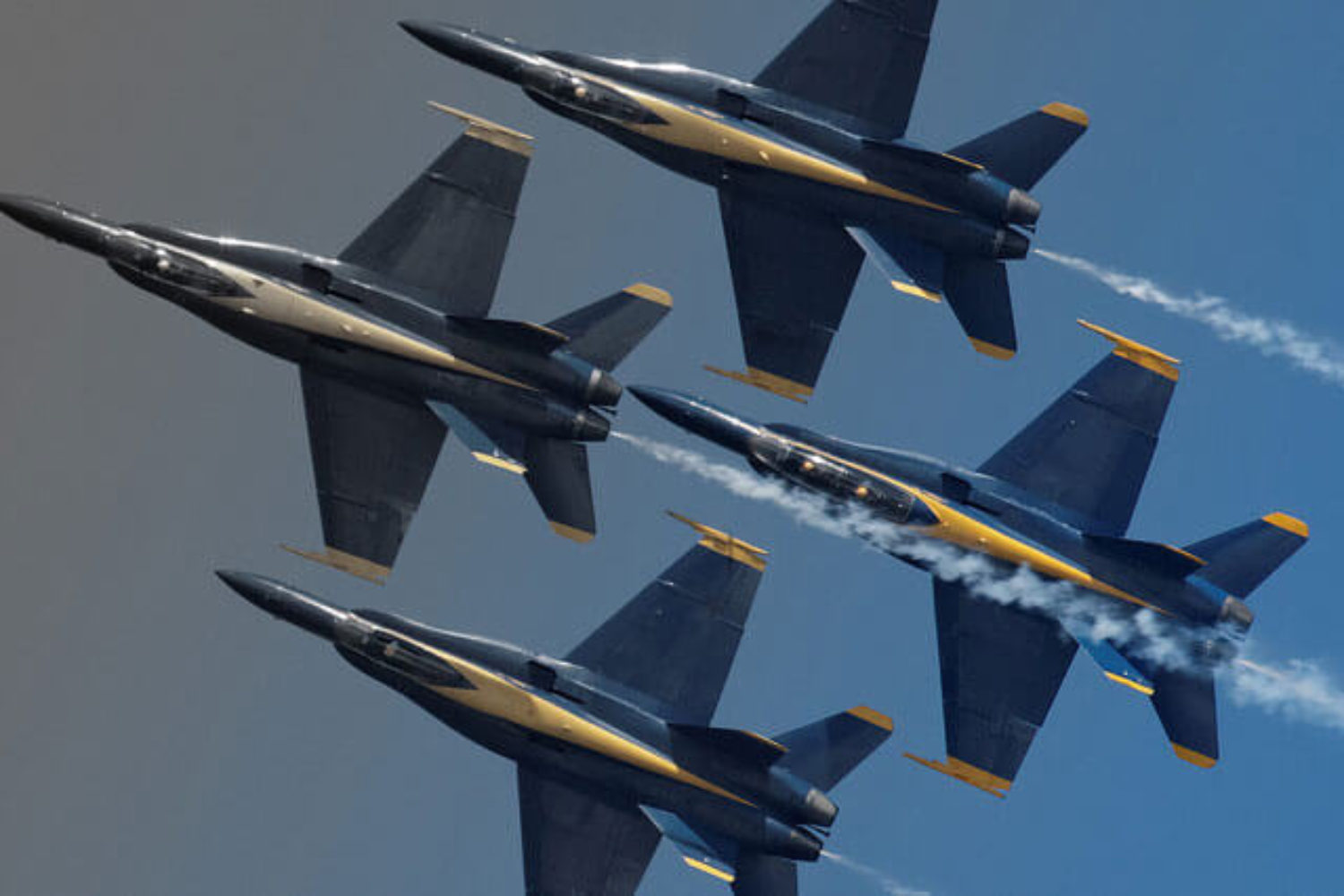 photo above: F-18 Hornets fly as part of an aerial demonstration by the US Navy’s Blue Angels. In early June, a Navy F-18 went down during one of these demonstrations, with one pilot killed on the same day an Air Force F-16 Fighting Falcon went down in a separate demonstration. (Photo: Albert / Flickr)

And isn’t there a paradox, if not a problem, in the very idea of winning a war on terror through what is in essence terror bombing? Though it’s not something that, for obvious reasons, is much discussed in this country, given the historical record it’s hard to deny that bombing is terror. After all, that’s why early aviators like Douhet and Mitchell embraced it. They believed it would be so terrifyingly effective that future wars would be radically shortened to the advantage of those willing and able to bomb.

As it turned out, what air power provided was not victory, but carnage, terror, rubble — and resistance.

Americans should have a visceral understanding of why populations under our bombs and missiles resist. They should know what it means to be attacked from the air, how it pisses you off, how it generates solidarity, how it leads to new resolve and vows of vengeance. Forget Pearl Harbor, where my uncle, then in the Army, dodged Japanese bombs on December 7, 1941. Think about 9/11. On that awful day in 2001, Homeland USA was “bombed” by hijacked jet liners transformed into guided missiles. Our skies became deadly. A technology indelibly associated with American inventiveness and prowess was turned against us. Colossally shocked, America vowed vengeance.