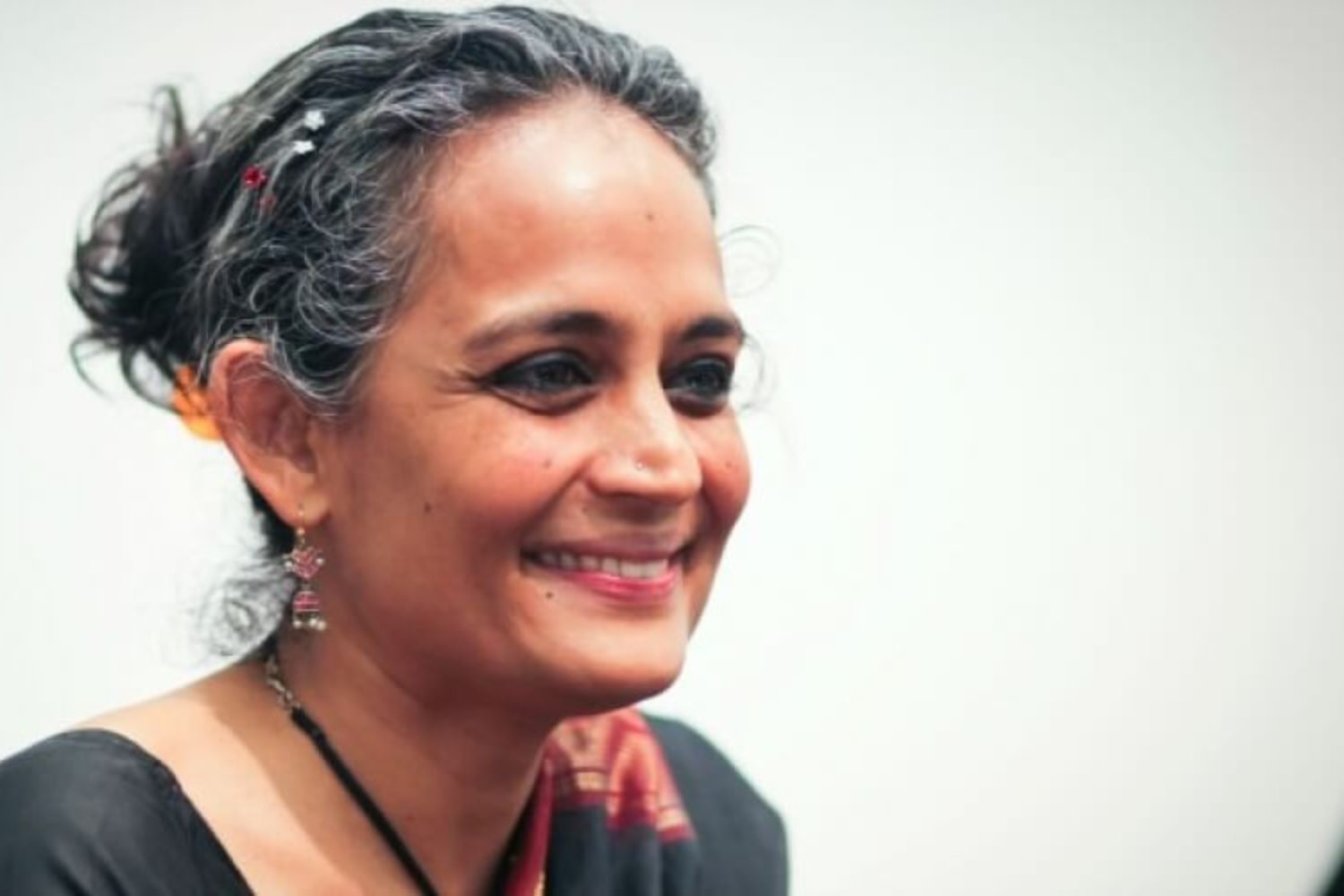 photo above: ‘Whether she is writing of Kashmir or of the Palestinians, of American foreign policy or of terror in the Middle East, of environmental degradation or of the threat posed by nuclear proliferation, [author and activist Arundhati] Roy,’ writes Johnson,  ‘maintains a sense of hope, one that jumps from the page even in the midst of her devastating polemics.’ (Photo: jeanbaptisteparis/flickr)

Perhaps the most revealing words on the topic of globalization in recent years came not from the pen of Thomas Piketty, nor were they written by Robert Reich or Joseph Stiglitz or Paul Krugman — rather, they can be found in the pages of The Lexus and the Olive Tree, written by the notorious New York Times columnist Thomas Friedman.

“The hidden hand of the market,” Friedman notes in a particularly telling fragment, “will never work without a hidden fist. McDonald’s cannot flourish without McDonnell Douglass, the designer of the F-15. And the hidden fist that keeps the world safe for Silicon Valley’s technologies to flourish is called the U.S. Army, Air Force, Navy, and Marine Corps.”

We are told the world is being made “safe for democracy,” a trope that dates back to the days of the First World War. But “democracy,” in elite-speak, is code for capitalism.

“Across the world,” Roy writes, “as the free market brazenly protects Western markets and forces developing countries to lift their trade barriers, the poor are getting poorer and the rich richer.”

A fist has, of course, always been behind the market’s “invisible” hand. And whether in Iran in 1953 or Guatemala in 1954, whether in Vietnam or Iraq or the Dominican Republic, the fist often takes the lead role, smashing disobedient nations into submission, forcefully prying open previously closed markets, shaping the world in such a way that is amenable to the needs of the profit-seekers and the already powerful.

The resulting consolidation of wealth is astonishing to behold. Each year, the remarkable achievements of the global elite are celebrated in Davos, Switzerland. And each year, Oxfam publishes a report detailing these achievements.

In 2013, Oxfam estimated that the income of the world’s “richest 100 billionaires would be enough” to eradicate extreme poverty “four times over.” A year later, little had changed: “Almost half of the world’s wealth is now owned by just one percent of the population,” the organization announced. A pattern is emerging. What about 2015? The world’s billionaires have it all, Oxfam told us, and they still want more.

Then there was the dutiful 2016 report, which featured many striking but unsurprising facts, like this one: “Runaway inequality has created a world where 62 people own as much wealth as the poorest half of the world’s population.”

The neoliberal period has been defined by these trends, and whatever critiques of the foundations of global capitalism that remained within mainstream political discourse have been decisively erased or confined to the margins. And, as Roy masterfully documents in her 2014 book Capitalism: A Ghost Story, massive corporations have taken to co-opting the heroes of progressive movements for their own purposes.

“Martin Luther King Jr. made the forbidden connections between Capitalism, Imperialism, Racism, and the Vietnam War,” Roy notes. “As a result, after he was assassinated even his memory became toxic, a threat to public order. Foundations and corporations worked hard to remodel his legacy to fit a market-friendly format.”

The Ford Motor Company — in partnership with Monsanto, General Motors, Procter and Gamble, and other corporate giants — helped set up and bankroll the Martin Luther King Jr. Center for Nonviolent Social Change, which has coordinated with the U.S. Department of Defense and has run events with such titles as “The Free Enterprise System: An Agent for Nonviolent Social Change.” To call such a headline insulting to Dr. King’s legacy would be to vastly understate the case.