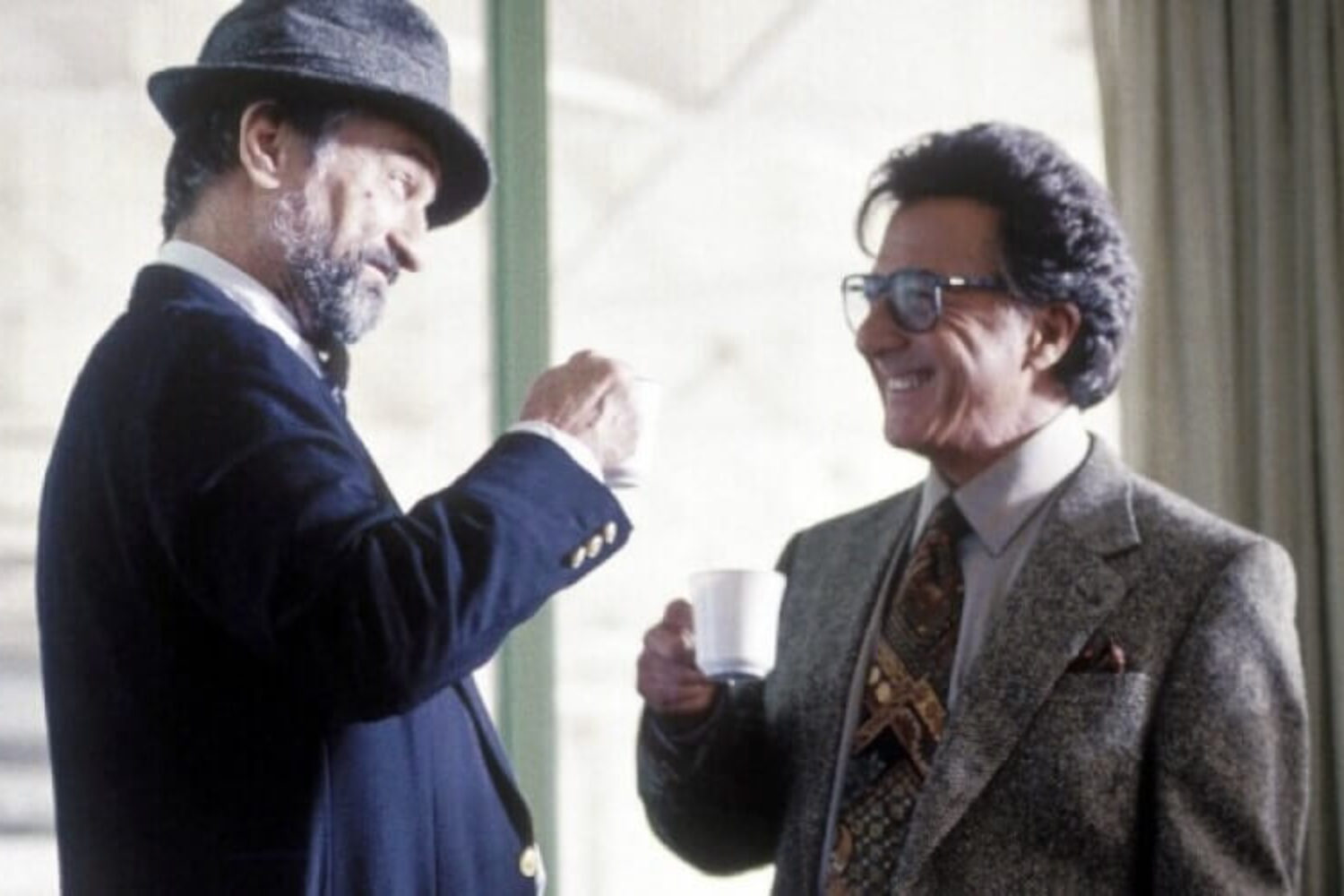 photo above: Dustin Hoffman and Robert De Niro appear in the 1997 film “Wag the Dog,” about a political consultant and a Hollywood director who construct a fake war with Albania to distract the population from a sex scandal days ahead before a presidential election. (Screenshot)

WN: I have yet to read one thing about Trump (and I’ve read way too much!) that indicates he is other than a narcissistic megalomaniac devoid of any concern about anyone other than Number One. If so, what a sad, shrivelled excuse for a human being; what an incredibly boring persona. There is nothing so predictable as a consummate egotist. And when this person is the most powerful in the world, able to order vast lethal military power seemingly at will against others, nothing is likely to stop him over the next four years from doing great harm to countless people at home and around the globe, and to the Good Earth. Therein lies the ultimate Tragedy of Trumpery (“worthless nonsense” – Merrriam-Webster).

It was against this backdrop that the president late Thursday took unilateral and illegal military action against the Syrian government in alleged retaliation for Tuesday’s chemical weapons attack against Syrian civilians, though no proof was presented to confirm reports that President Bashar al-Assad had ordered the deadly strike.

Now, as many foreign governments, U.S. lawmakers, and the corporate media are lining up in support of the bombing campaign, observers say it appears like a ‘Wag the Dog‘ moment for Trump, distracting the opposition while conveniently flipping the script about Russia.

In a column on Friday, The Nation‘s Greg Grandin pointed out that with the one assault, the president successfully splintered the Democratic resistance, won the praise of the media, and changed the story of his friendly relations with the Kremlin.

War changes entire conversation and narrative. Always has, always will. We’ve entered new territory and it’s important to understand that. Already networks are talking about operations, the weapons. Instead of links of Russian suspicions, we have footage of missiles launching. Russia was warned, and might have been involved in the gassing, they had enough time to move troops. Yet, Trump “stood up” to Putin. If you think for a second this wasn’t organized with Putin’s blessing and cooperation…but yet it changes the conversation. Little in way of results, but yet missile launchings are on a constant loop now. Trump projects strength, decisiveness. War wipes the slate clean, changes all attention. You can be all things to all people with the aid of war, and we’re seeing that now. Next couple of days we’re going to see media go into War-Mode, which is just slobbering over our armed forces expertise. There’ll be no time to talk about Nunes, the Nuclear Option, Russian investigations. Now it’s Trump—Commander-In-Chief.