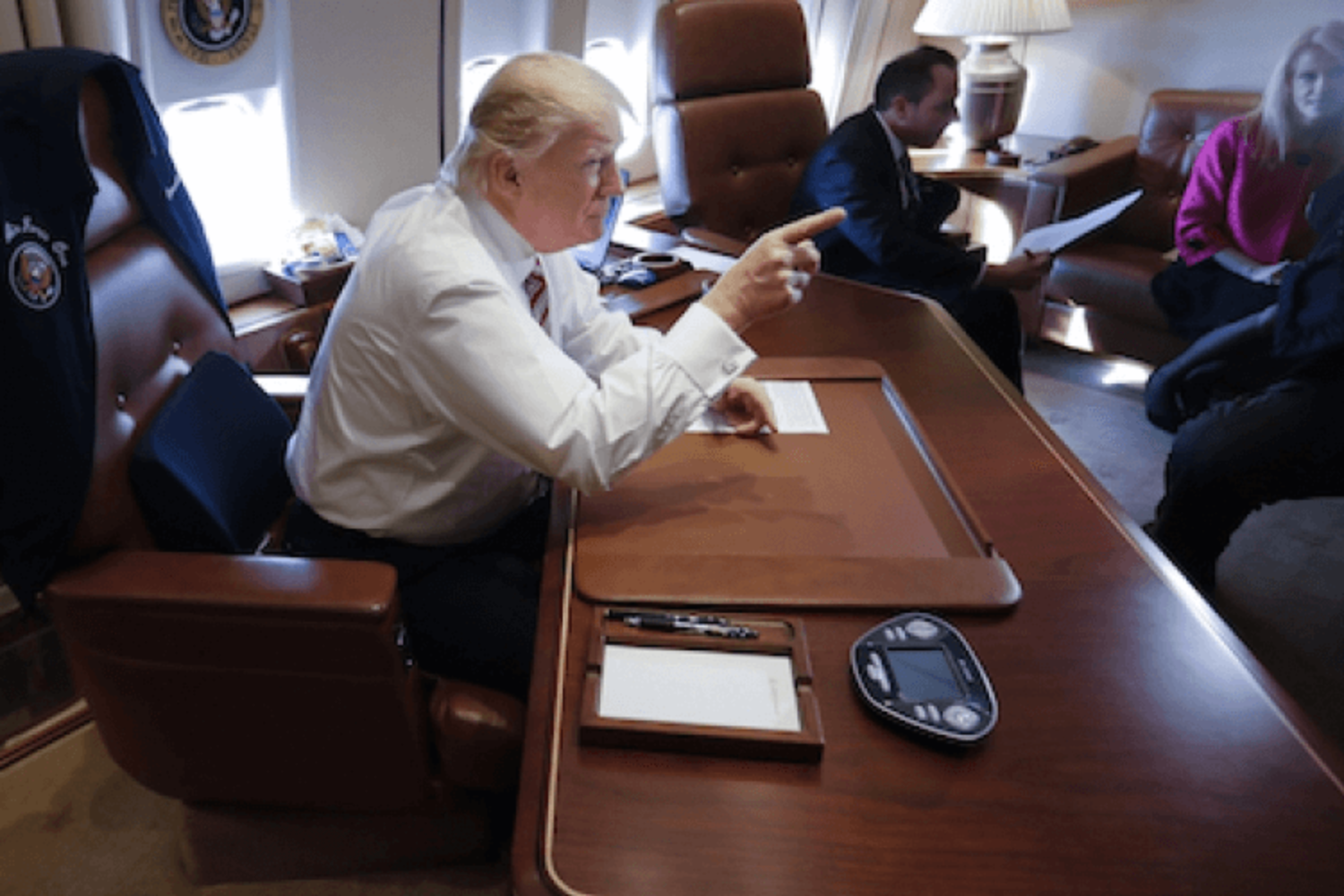 Published on Friday, February 10, 2017 by Truthdig

photo above: President Trump with chief of staff Reince Priebus, center, adviser Kellyanne Conway and members of the press aboard Air Force One in January. (Photo: Pablo Martinez Monsivais / AP)

“Fake news” and “alternative facts” are hardly new concepts. Right-wing websites, radio hosts and Fox News have engaged in untruths for many years, often angering Americans over liberal leaders and policies. A 2015 documentary by Jen Senko entitled “The Brainwashing of My Dad” followed how the views and personality of a one-time compassionate and liberal elderly American man were completely transformed after feeding himself a steady diet of right-wing news. In the film, Senko cited hundreds of Americans in similar situations whose family members reached out to her through her crowd-funding campaign.

In today’s era of instant communication, it is tempting to post, retweet and share reports without stopping to read them, especially when people feel anxious about politics. Even those on the left are susceptible to sharing fake news, especially at a time when Trump’s actions fly in the face of rationality, compassion and, most of all, the Constitution. Americans of all political stripes must resist the urge to jump on a story simply because it suits our worldview. Instead, we have to find a way to rationally evaluate the bizarre world in which we live today.

One thing we can count on is that lies and propaganda are what power-grabbers, elites and oppressors have always relied on to whip up support for ideas that would be highly unpopular if the truth about them were known.

Like Loading...
call to integrity, fake news and Trump's war on the truth, problem for the left and the right