SEARCH and ARCHIVES options are at the bottom of all website pages.

PLEASE NOTE: You may access the 1.8 GB Zip audio file thus (the series of steps is due to the huge size of the file…

Please contact me if any problems – or if you know of an easier way!

“I shudder sometimes at what we’re selling, B. B. We want a mindless formula, Four Spiritual Laws swallowed hook, line, and sinker. We urge others to follow Jesus and then look so often like we are on a funeral march. We accept divine forgiveness but deny it to everybody else, from Communists to homosexuals to criminals to the person in the pew next to us – too often even to ourselves. “We think the world will come beating a path to our doors because we look so… What? Pious? Holy? Sanctimonious? There’s a path to our doors all right, but that’s because many with integrity are heading in the opposite direction.” “Andy,” Gary said, “you sound so cynical! What’s happening to you?” 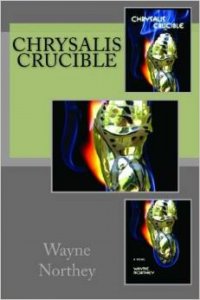 When Andy Norton joins an evangelism team headed for West Berlin during the height of the Vietnam War, he thinks he has all the answers. Little does he realize the experience will become a crucible that forces him to reevaluate virtually everything he believes. In the spirit of the best coming-of-age tales, Chrysalis Crucible takes readers on a journey of discovery, transformation, and rebirth.

Here we have an absorbing and passionately written novel in which a young disciple (Andy) from Canada encounters many of the challenges that face Christianity in these modern times. The encounters which are presented are not trite but take the hero and his readers into deep places. He relates his encounters with many important subjects, including biblical criticism, the historical basis of faith, religious pluralism, sexuality, militarism, genocide, and religious certainty. At the same time, Andy grows in areas of Christian discipleship, for instance, in God’s love for the world, in our calling to love both our friends and our enemies, and in the shape of God’s mission today. This is not about a person who goes in for easy believism or is satisfied with pat answers. His is a search for truth whatever it costs. The book is a challenge to the evangelical community out of which Andy comes, to costly discipleship and should be read by them.

The Colloquies of Erasmus spoke the depth and breadth of the Christian prophetic vision to his time. Wayne Northey’s novel, threaded together like an Erasminian Colloquy, does much the same thing for the complex Evangelical tribe. Do read, be drawn in and awakened to fuller and more challenging possibilities of the faith journey. Those of good faith will, I’m sure, applaud such an evocative novel. Erasmus would be more than pleased by the line and lineage that Wayne Northey so embodies in such a mature way and manner in this compact novel-colloquy.

Set in the Vietnam era, this novel grips, intrigues, and flows, unveiling the sexual and theological struggles of single conservative Evangelicals on a Witness Team, Gospel Outreach, in West Berlin. The read dances to and fro on the journey toward “pure heart” and “true faith” through vivid scenes of sexual and faith-seeking Angst and hope, pain and joy. Its theological leitmotif: what do love of God, love of neighbor, and love of enemy mean for belief and behavior in the context of unconscionable killing and suffering inflicted by Americans, even Christians, in WWII and Vietnam? Stock Evangelical arguments, with opposing perspectives, are there to hear and see. What really is the gospel we proclaim?!

Chrysalis Crucible … It’s a bit of a cryptic title until you think about it. The metamorphosis that transforms the caterpillar to a butterfly. The purification of gold that occurs in a fiery crucible. This is the story of a young Evangelical awakening and transfiguration from a crusading zealot through disillusionment to authentic faith. While fictional, the story rings true, not only because of the author’s personal experience, but because it mirrors the story of many a reader. I’ve often felt the truth is better communicated through fiction and story-telling, rather than propositional lists. Here’s a good example.

As a ‘coming-of-age’ tale, it’s fitting that Chrysalis Crucible played a key role in my own coming of age in terms of how I understand the relationship between God and violence.

Kevin Miller (Longstanding editor – of this novel too! – writer, screen writer, and film maker, including Director of Hellbound? and editor of Hellrazed?)

My favourite was by noted journalist Lloyd Mackey, written in 2007, the year the novel was first published. (The re-edited version featured came out February 2015.) Please click here. Thanks Lloyd for the gracious happenstance!

• Beatrice Boswell (“B. B.”) – Scottish missionary in West Berlin

The U.S. price is around $25.00 (with free shipping); the Canadian, around $31.00 (with free shipping. However, I think for Canadians ordering from the States is still cheaper.). It is also available as a Kindle e-book for $9.99CDN, or for $7.22US. Prices on print copy fluctuate, and may on Kindle too.

Please interact with me about the novel here. I will try to respond in a timely fashion. Thanks. Wayne Northey