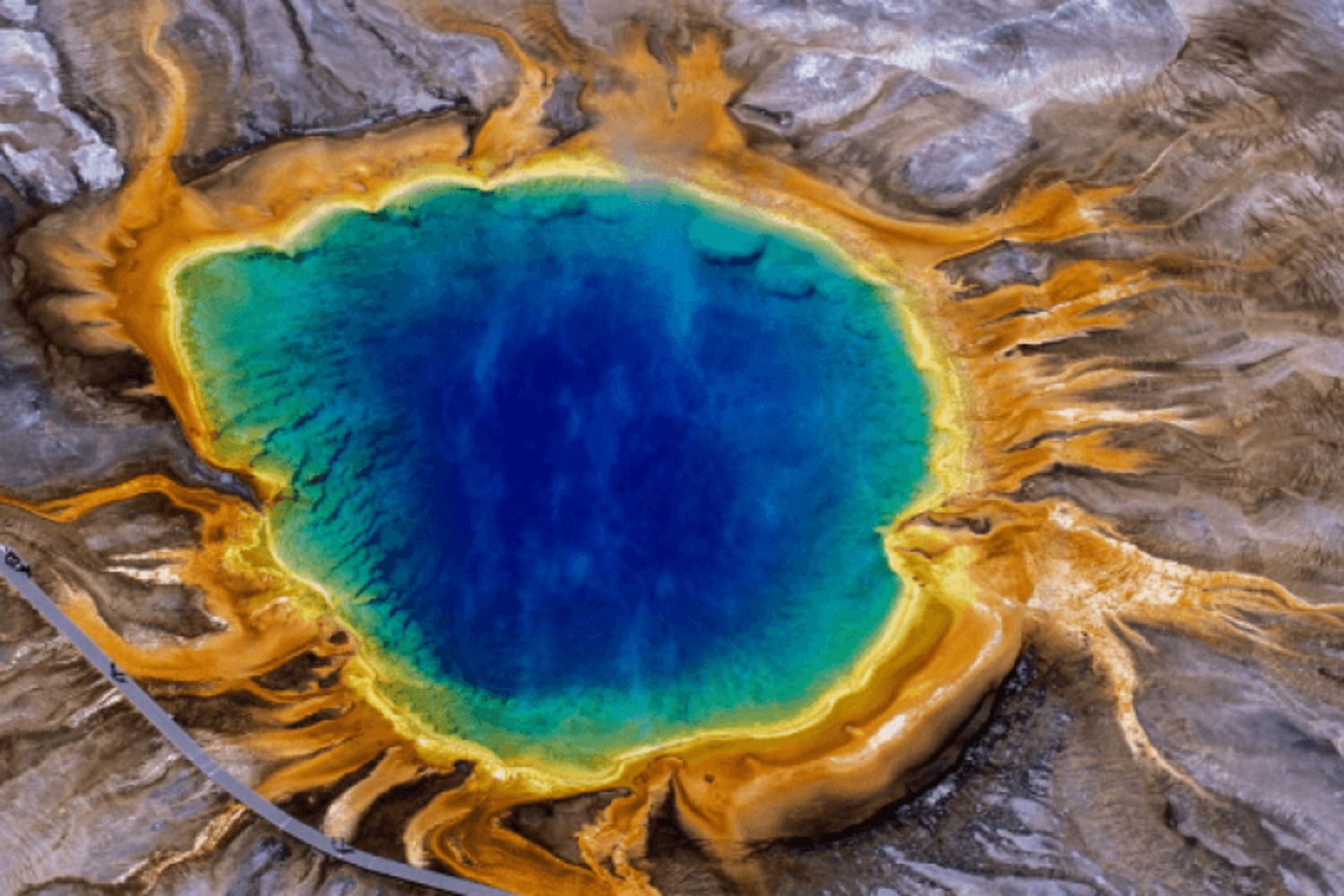 If only for a moment, this story is forcing many to put the current political chaos “into perspective”

WN: Hmmmmm!… Where is God in such a possibility? Hmmmmm! It’s not April 1st … It would be wonderful to have the Planet pull together to stop such a kind of (extremely unlikely) possibly preventable maybe… Other maybes in Martin Luther King’s “arc of peace and justice” just might materialize…

photo above: This story will help you stop worrying about Trump for a moment,” wrote MoveOn.org’s Ben Wikler. (Photo: Tom Murphy/National Geographic Creative)

Yes, Donald Trump is president. And yes, he has access to the nuclear codes—a fact that has become all too vivid in recent weeks. But many allowed themselves to forget, if only for a brief moment, about the man in the White House on Thursday to hone their attention on what is potentially an even more horrifying development. As USA Today reported, new research indicates that the supervolcano resting beneath Yellowstone National Park “may blow sooner than thought, an eruption that could wipe out life on the planet.”

“We are all just living at the mercy of the super volcano under Yellowstone. Puts things into perspective doesn’t it?” —Josh Fox

USA Today‘s Matthew Diebel notes that Arizona State University researchers have “analyzed minerals in fossilized ash from the most recent mega-eruption and found changes in temperature and composition that had only taken a few decades. Until now, the magazine reported, geologists had thought it would take centuries for the supervolcano to make the transition.”

“The discovery, which was presented at a recent volcanology conference, comes on top of a 2011 study that found that ground above the magma reservoir in Yellowstone had bulged by about 10 inches in seven years,” Diebel adds.

Scientists believe that the volcano’s last supereruption took place around 631,000 years ago. As the New York Times notes, researchers “suspect that a supereruption scars the planet every 100,000 years, causing many to ask when we can next expect such an explosive planet-changing event.”

Though no one is attempting to put a time frame on the next eruption, Hannah Shamloo of Arizona State University observed that it is “shocking how little time is required to take a volcanic system from being quiet and sitting there to the edge of an eruption.”

Amid the perpetual chaos of the American news cycle and the looming threat of war between nuclear-armed nations, commentators on social media met the possibly dire new research with a mixture of alarm and somber humor.

“We are all just living at the mercy of the super volcano under Yellowstone,” concluded director and environmentalist Josh Fox. “Puts things into perspective doesn’t it?”

Like Loading...
puts Trump as Planetary Enemy Number One in perspective, supervolcano in Yellowstone Park puts life on planet at risk