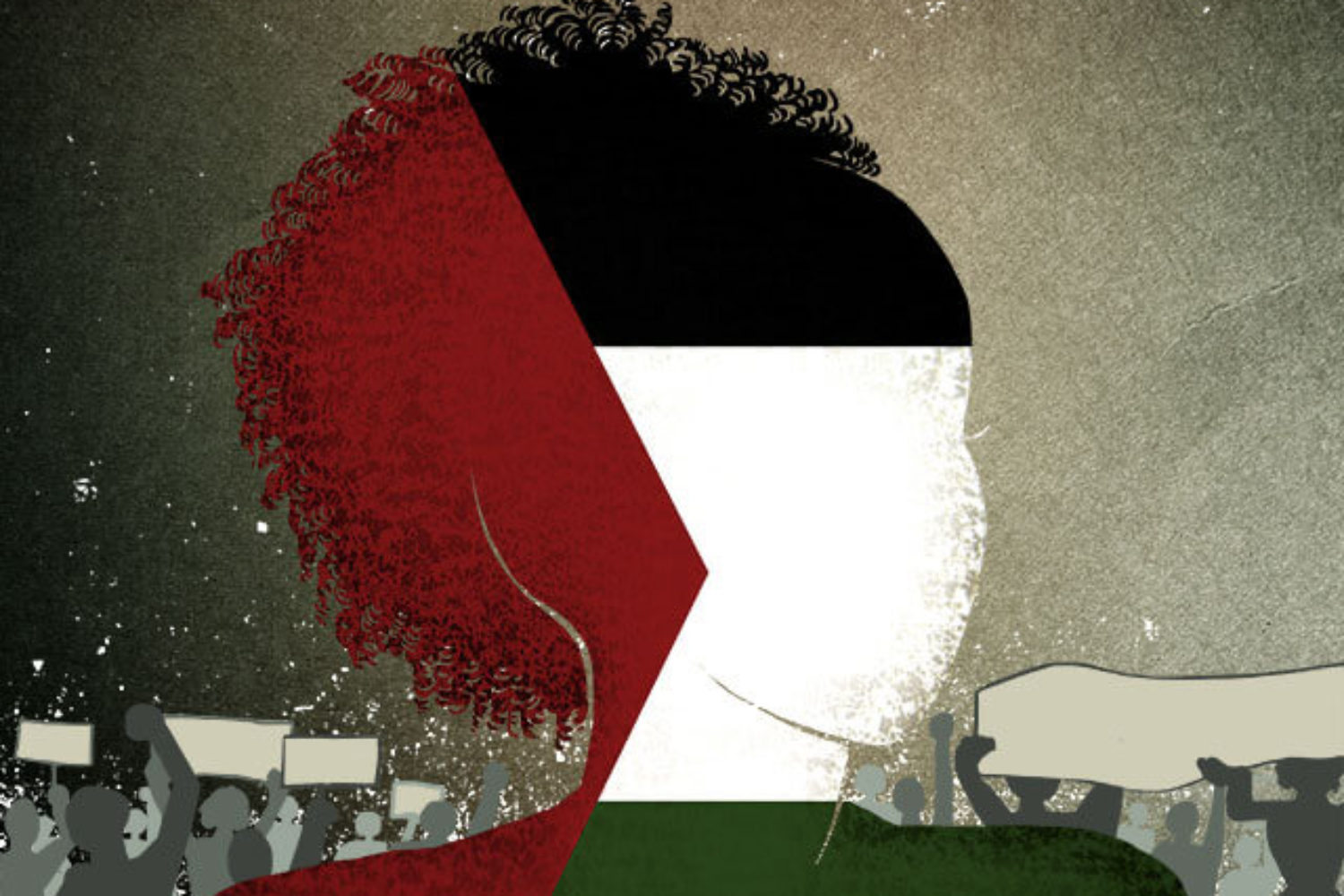 Why is the claim that the common causes of Black Americans and Palestinians are centered on rights, and that the broader view that social justice issues for people of color in the US “intersect” with those of the Palestinians such an important one for critics of the platform and others to disarm? In addition to attempting to break up acts of solidarity between a growing and increasingly vocal set of minority populations in the United States and the Palestinians, those who are making the claim that “this is not a civil rights issue” are trying to cut away the core of the Boycott, Divestment and Sanctions Movement, which declares its rootedness in human rights and sees its cause as anti-racist: “Inspired by the South African anti-apartheid movement, the BDS call urges action to pressure Israel to comply with international law.” Seeing how BDS has from its inception been influenced by struggles for Black liberation introduces a much needed historical depth to this topic and allows us to see that calls for solidarity are not merely the upshot of contemporary political fashions.

The conjunction of Black activist, Jewish and Palestinian struggle has a long and critical history, as documented thoroughly in Keith Feldman’s essential book, A Shadow over Palestine: The Imperial Life of Race in America. Feldman notes that between roughly 1960 and 1985: “Struggles over hegemony in the United States became entangled with transformed relations of rule in Israel and Palestine, that is, when US civil rights and antiwar struggles, Zionist settler colonization and Israeli military and administrative occupation, and Palestinian narratives of dispossession, dispersion, and resistance were forged, felt, and thought together.”

Yet, when this issue of common rights and common appeals to rights is raised, critics of the notion that Black and Palestinian rights can be taken together, often insist on some notion of “equivalence.” When they do so, critics of this form of solidarity miss how concepts like apartheid are not meant to apply only when there is perfect equivalence between each supposed case of apartheid but when two cases share common features that are parts of the declared definition of apartheid. For example, in its criticism of the platform, J Street writes: “The characterization of Israel as an “apartheid state” is also misleading and unhelpful. The best way to resolve the Israeli-Palestinian conflict and the occupation is to address the unique and specific circumstances and conditions underlying them, without insistence on fitting them within the ill-fitting framework of a different conflict from a different time and place.”

What J Street wishes to do is to dismiss out of hand a “framework” that sets up the definition of apartheid in the first place. Once one does that, the term itself disappears. The Movement for Black Lives and the Boycott, Divestment and Sanctions Movement instead insist that looking at the definition of “apartheid” one finds it an appropriate label for both what went on during apartheid in South Africa and what is going on now in Palestine. In short, the frame is not “ill-fitting” at all. The Rome Statute of the International Criminal Court states clearly: “The crime of apartheid means inhumane acts… committed in the context of an institutionalized regime of systematic oppression and domination by one racial group over any other racial group or groups and committed with the intention of maintaining that regime.”