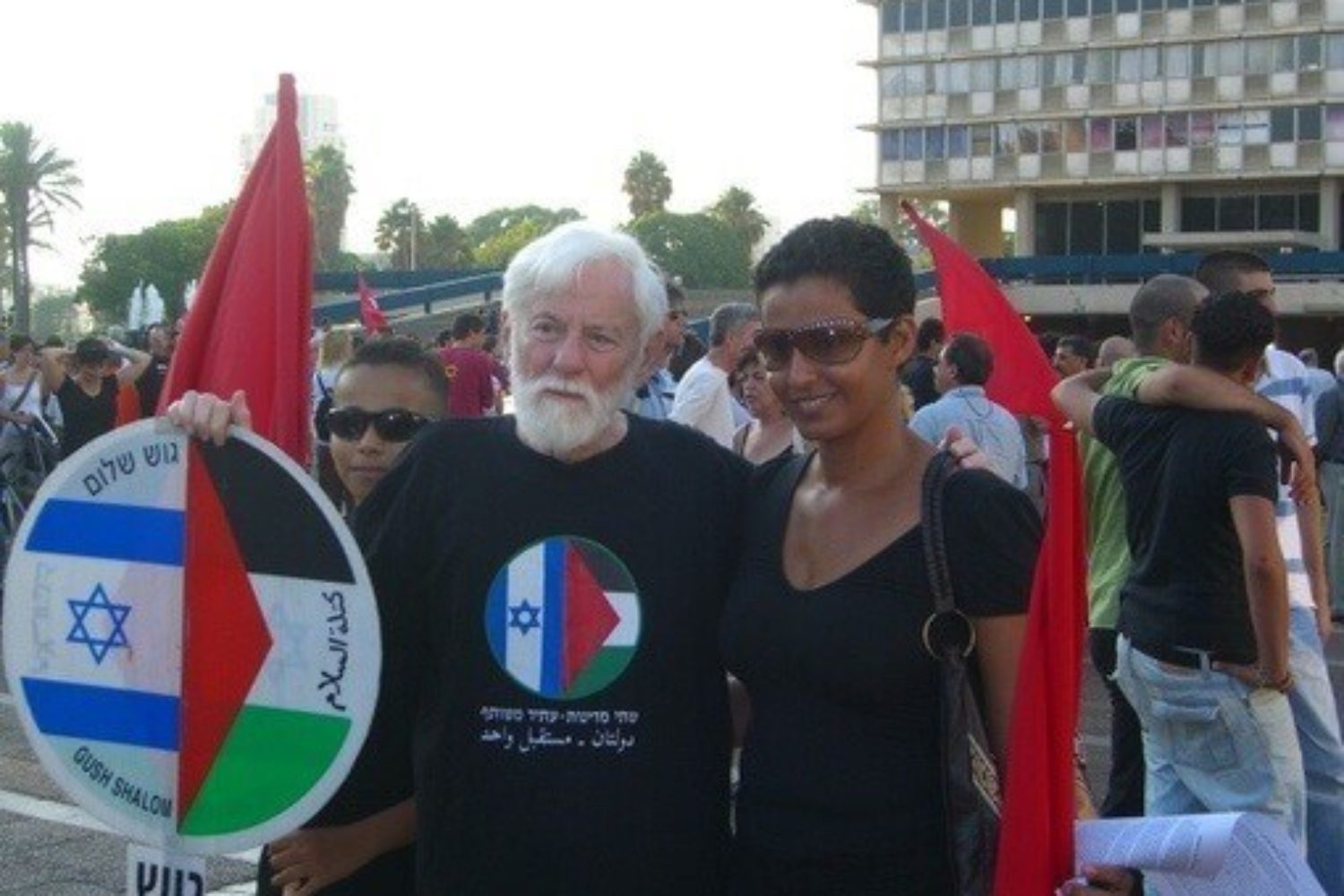 I must admit that Uri Avnery was one of my Middle East heroes – there aren’t many – and his story is worthy of a movie, though there will be no Spielbergs to direct it: writer, journalist, leftist, veteran of the Israeli army in the country’s War of Independence – and, as he never forgot, the same war which drove 750,000 Palestinians from their home and lands. He played chess with Arafat during the 1982 siege of Beirut – be sure, this will be in the first two paragraphs of the obituaries today – and his angry but gently cynical newsletters would arrive on Friday afternoons, condemning Netanyahu for his hypocrisy and racism, Sharon for his hatred of Palestinians, missives from a book-crammed home in Tel Aviv, close to the sea but in a modest, quiet street where Avnery could ruminate and roar.

His family fled Nazi Germany for Palestine and I went to see him again – he who had played chess with Arafat – after the 1982 massacre of up to 1,700 Palestinians in the Sabra and Chatila refugee camps in Beirut, a war crime committed by Israel’s Christian Phalangist allies while Israeli soldiers watched but did not intervene. I had walked across the bodies in the camp. How could the survivors of the Jewish Holocaust and their children let this happen to the Palestinians, I asked Avnery? Avnery was only 63 years old at the time. His reply is worth printing, in full:

“I will tell you something about the Holocaust. It would be nice to believe that people who have undergone suffering have been purified by suffering. But it’s the opposite, it makes them worse. It corrupts. There is something in suffering that creates a kind of egoism. Herzog [the Israeli president at the time] was speaking at the site of the concentration camp at Bergen-Belsen but he spoke only about the Jews. How could he not mention that others – many others – had suffered there? Sick people, when they are in pain, cannot speak about anyone but themselves. And when such monstrous things have happened to your people, you feel nothing can be compared to it. You get a moral ‘power of attorney’, a permit to do anything you want – because nothing can compare to what has happened to us. This is a moral immunity which is very clearly felt in Israel. Everyone is convinced that the IDF is more humane than any other army. ‘Purity of arms’ was the slogan of the Haganah army in ’48. But it never was true at all.”

Avnery’s eyes sparkled and he spat out his reply. “You are presuming you know what they [Netanyahu’s government] want and you presume they want peace – and therefore that their policy is stupid or insane. But if you assume they don’t give a damn for peace but want a Jewish state from the Mediterranean to the Jordan River, then what they are doing makes sense up to a point. The trouble is that what they do want is leading into a cul de sac… If they annex the West Bank as they have annexed east Jerusalem, it doesn’t make much of a difference. The trouble is that in this territory which is now dominated by Israel, there are about 49 per cent Jews and 51 per cent Arabs – and this balance will become larger every year because the natural increase on the Arab side is far greater than the natural increase on our side. So the real question is: if this policy goes on, what kind of state will it be? As it is today, it is an apartheid state, a full apartheid in the occupied territories and a growing apartheid in Israel – and if this goes on, it will be full apartheid throughout the country, incontestably.”

The Avnery argument went bleakly on. If the Arab inhabitants are granted civil rights, there will be an Arab majority in the Knesset and the first thing they will do is change the name “Israel” and name the state “Palestine”, “and the whole [Zionist] exercise of the past 130 years has come to naught”. Mass ethnic cleansing would be impossible in the 21st century, Avnery assured me. I wonder.

Perhaps his next words should be written on Avnery’s grave. “When I met Arafat in 1982” – he was to meet him again many times – “the terms were all there. The Palestinian minimum and maximum terms are the same: a Palestinian state next to Israel, comprising the West Bank, the Gaza Strip and East Jerusalem as a capital, small exchanges of land and a symbolic solution to the refugee problem. But this lies on the table like a wilted flower…”

Robert Fisk writes for the Independent, where this column originally appeared.

Like Loading...
Avnery was one of Fisk's few Middle East heroes, reflections on the life of Uri Avnery, Robert Fisk