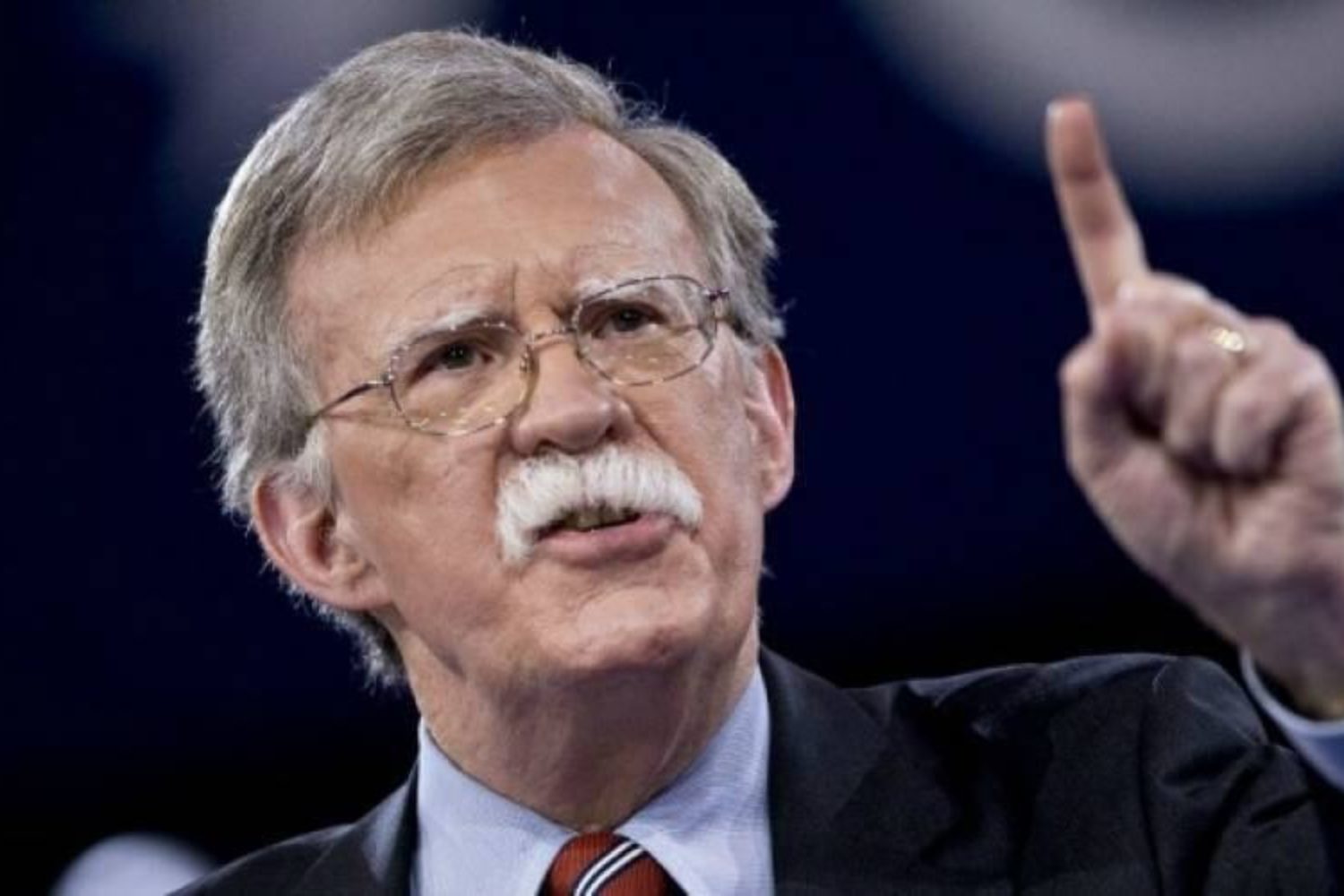 photo above: Afghans have been waiting decades for justice for war crimes, including some allegedly committed by U.S. forces. The ⁦ICC⁩ is the only hope they have for justice at the moment,” wrote Heather Barr, senior researcher at Human Rights Watch. (Photo: Andrew Harrer/Bloomberg via Getty Images)

WN: Just as so often in Western criminal justice, justice is only for those who can afford it; so in international relations, justice is only for those with the biggest guns. My whole website is dedicated to denial of both kinds of justice; in particular to seeing the Gospel as Counter-Narrative to Empire, where in Christ’s already-but-not-yet incoming upside-down Kingdom, “bully and hegemon” are banished…

Reinforcing the worldwide perception of the U.S. as “a bully and a hegemon” that will not tolerate attempts by the global community to hold it accountable for its deadly actions overseas, President Donald Trump’s national security adviser John Bolton is set to deliver a speech on Monday that will reportedly threaten International Criminal Court (ICC) officials with sanctions if they dare to move ahead with probes into U.S. or Israeli war crimes.

“Afghans have been waiting decades for justice for war crimes, including some allegedly committed by U.S. forces. The ⁦ICC⁩ is the only hope they have for justice at the moment. Trump is determined to take that away.”
—Heather Barr, Human Rights Watch

“The United States will use any means necessary to protect our citizens and those of our allies from unjust prosecution by this illegitimate court,” Bolton will say at an event hosted by the right-wing Federalist Society, according to a speech draft viewed by Reuters. “If the court comes after us, Israel, or other allies, we will not sit quietly.”

To deter ICC officials from investigating American actions in the 17-year-long Afghanistan war, Bolton will reportedly outline a plan to hit all who cooperate with the probe with economic sanctions and a ban on travel to the U.S.

“Afghans have been waiting decades for justice for war crimes, including some allegedly committed by U.S. forces,” Heather Barr, senior researcher at Human Rights Watch, wrote in response to the White House’s plans. “The ⁦ICC⁩ is the only hope they have for justice at the moment. Trump is determined to take that away. Bon courage.”

Citing anonymous Trump administration officials, the Washington Post reported that Bolton is also expected to announce that the U.S. is “shutting down a Palestinian diplomatic office in Washington because Palestinians have sought to use the international court to prosecute U.S. ally Israel.”

Jamil Dakwar, director of ACLU’s human rights program, wrote on Twitter that the move would be yet “another low point” for an administration that has been explicit in its disdain for international diplomacy and its unwavering support for Israel’s brutal occupation of Palestinian territory.

In another low point, Trump administration reportedly threatens to ban International Criminal Court (ICC) judges and prosecutors from entering the country if “the court comes after us, Israel or other allies”! https://t.co/vTMMN1wcpI

Responding to the Trump administration’s reported plan to shutter a Palestine Liberation Organization (PLO) office in Washington over Palestinians’ attempts to investigate and prosecute Israelis for war crimes through the ICC, Palestinian official Saeb Erekat told Reuters, “We reiterate that the rights of the Palestinian people are not for sale, that we will not succumb to U.S. threats and bullying.”

“Accordingly, we continue to call upon the International Criminal Court to open its immediate investigation into Israeli crimes,” Erekat said.

Bolton’s remarks will come months after ICC prosecutor Fatou Bensouda submitted a formal request to launch a probe into possible war crimes committed by the U.S. and its allies during the 17-year-long war in Afghanistan.

“For decades, the people of Afghanistan have endured the scourge of armed conflict,” Bensouda wrote last fall. “Should the Pre-Trial Chamber grant my request to open an investigation, my office and I count on the support and cooperation of the government of Afghanistan, other states parties, and the international community as a whole to accomplish our objectives of ensuring accountability for the crimes committed and that the long-suffering victims of those crimes receive justice.”

Like Loading...
' Bolton to Threaten ICC Over Probes into America's War Crimes, International Criminal Court, Reinforcing US Status as 'Bully and Hegemon