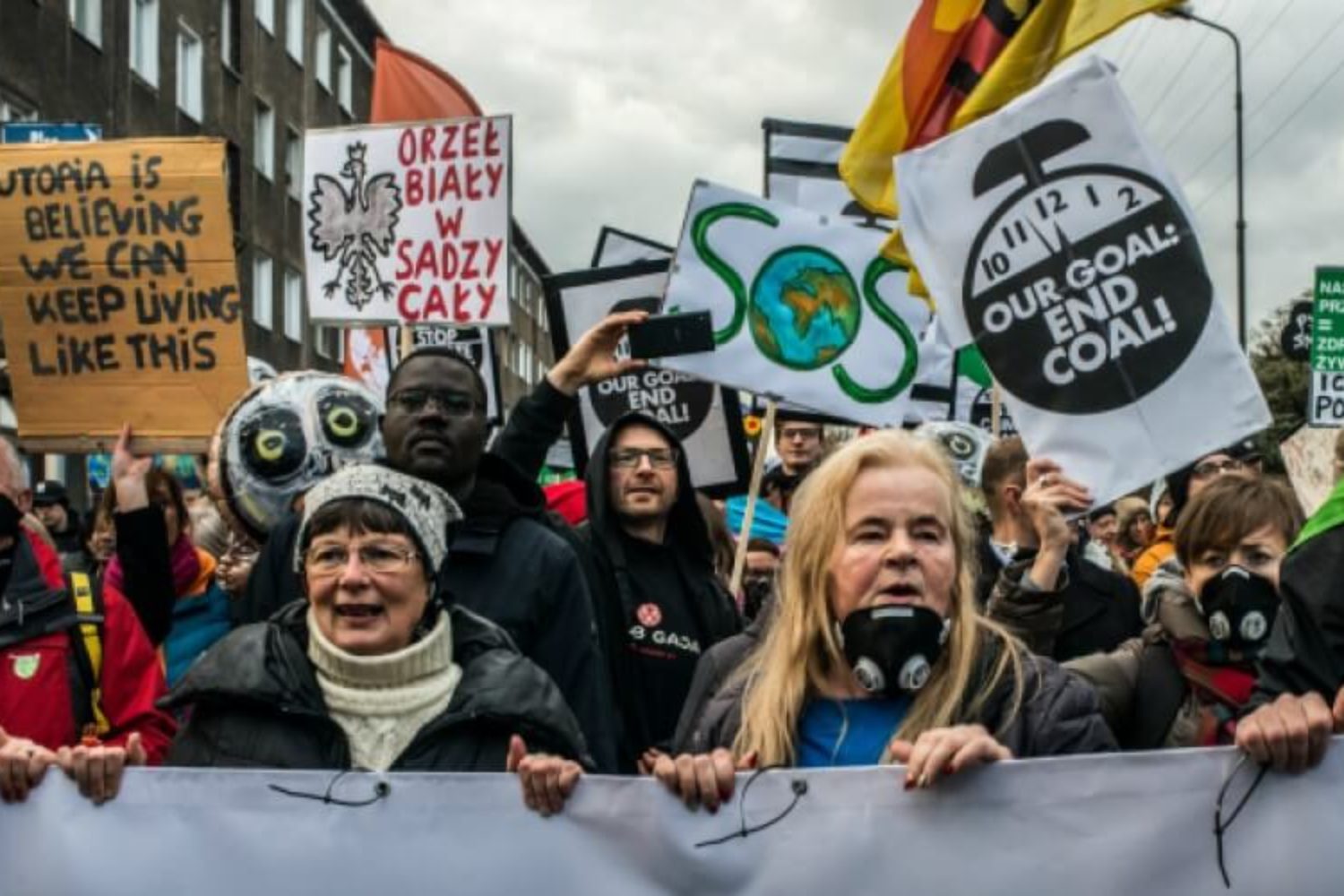 After 30 Years Studying Climate, Scientist Declares: “I’ve Never Been as Worried as I Am Today”

And a colleague says “global warming” is no longer strong enough term. “Global heating is technically more correct because we are talking about changes in the energy balance of the planet.”

photo above: Environmental protesters take part in a Greenpeace-organized march to call for the political and economic reforms needed to combat climate change while the COP24 summit takes place in Katowice, Poland. (Photo: Martyn Aim/Getty Images)

WN: As recently as last night, a relative utterly living in la-la land denial insisted — he cannot shut up about it! — that human-caused Global Warming — or as now expressed below “Global Heating”, otherwise known as Anthropogenic Climate Disruption (ACD),  — is a complete hoax. This is a person who has zero professional capacity in the study of climate change, is devoid of any ability to rationally discuss the concern or the vastly overwhelming evidence, because ideologically core fundamentalist anti-science on this matter. He also thinks Trump is wonderful, because he assures me, Trump has done exactly what he said he was going to do! — as does every two-bit fascist dictator the world over and throughout history, if they can get away with it…  If God is Love, Trump is Hate: as is every two-bit fascist dictator the world over and throughout history…

“Global warming doesn’t capture the scale of destruction. Speaking of hothouse Earth is legitimate,” added Schellnhuber, who co-authored a “terrifying” study warning that humanity may be just 1°C away from irreversible planetary catastrophe.

Richard Betts, professor of climate impacts at the University of Exeter, agreed with Schellnhuber’s dire assessment, and argued that “global heating” is more accurate than “global warming” in describing what continued carbon emissions are doing to the climate.

“Global heating is technically more correct because we are talking about changes in the energy balance of the planet,” Betts said. “The risks are compounding all the time. It stands to reason that the sooner we can take action, the quicker we can rein them in.”

But Betts went on to express dismay at the suicidally slow pace at which world leaders are working to confront the crisis that—if immediate and bold action is not taken—threatens to render the planet uninhabitable for future generations.

As world leaders refuse to ditch fossil fuels or—in the case of the Trump administration—attempt to increase production, people around the world are mobilizing around ambitious solutions like a Green New Deal, which is rapidly gaining support in the U.S. Congress.

As Common Dreams reported, the “Extinction Rebellion” movement—which is demanding that governments reduce carbon emissions to net zero by 2025—has spread to 35 countries in just six months.

Like Loading...
After 30 Years Studying Climate, Global Heating, Green New Deal, just 1°C away from irreversible planetary catastrophe, Scientist Declares: "I've Never Been as Worried as I Am Today"