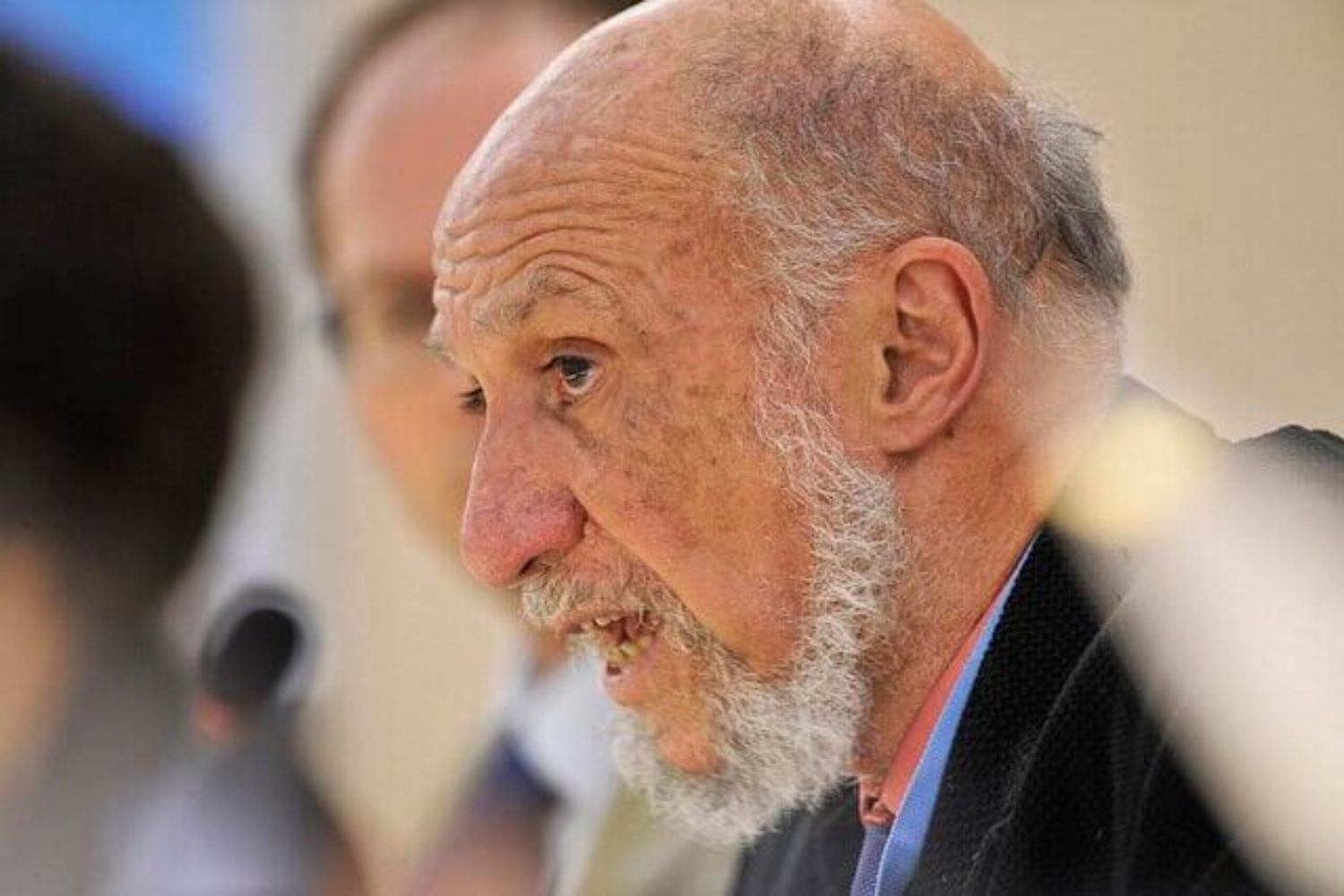 photo above: Professor Richard A. Falk speaks at the 10th session of the Human Rights Council in Geneva, Switzerland, March 23, 2009. (Photo: UN Geneva)

WN: There is someone in my acquaintance who is virulently right wing and pro-Trump. He jumps all over every shred of evidence that discredits the “fake news” corporate media; every vindication real or imagined about Trump. He has to broadcast it to everyone in earshot. In so doing, it is invariably declaration and pontification, point final! (A French teacher ended his dictations thus, meaning in context: end of story!). He is a kind of Ultimate Fundamentalist in all things right wing. Any attempt at discussion is sabotaged by know-it- all arrogance,  contempt and counter-pronouncement. He is afflicted with a “right wing superiority complex”, where no alternative input, let alone discussion, is permitted. It’s very sad. In that kind of “seeing-through-everything” contrary to “right-wingism”, as C.S. Lewis pointed out in a different context, one ends up seeing nothing at all…

Whenever I venture into the alt-right media world, I meet similar shrillness, vicious disdain, in-your-face “reporting” – as in the case of the person above. On reflection, I think of this ironic piece on truly being Evangelical and pro-life.

By contrast to the above person and such Evangelicals, Professor Falk is thoughtful, respectful, and calm. Below highlights an interview with him that is an example of that. Clicking on his name yields additional examples that I have posted. My acquaintance could take a leaf from his book.

And by the way, what Dr. Falk says in the interview noted below, is very informative and sobering.

C.J. Polychroniou: Do you think Donald Trump’s warm embrace of dictatorial regimes and authoritarian leaders in the region — including President Recep Tayyip Erdoğan in Turkey — represents a new development in US foreign policy toward the Middle East?

If we consider the question of whether Trump’s comfort level with authoritarian governance should be regarded as a real change in American foreign policy toward the Middle East, we can only say now that it is too early to tell. There is no doubt that Trump’s visit and talk to the 50 leaders of Muslim countries assembled in Riyadh allowed the most authoritarian among Islamic rulers (Iran excepted) a welcome sigh of relief. It meant they would no longer have to listen sullenly to lectures delivered by a liberal American president about the importance of observing human rights.

This may also help explain the closer policy coordination between the US and Gulf Arabs, illustrated by agreeing to ramp up pressure on Iran. The intensification of American hostility to Iran is more likely to flow from Trump’s eagerness to please Israel than to be responsive to Saudi guidance. Unlike the Qatar initiative, which seems to disturb [US Secretary of Defense] James Mattis and [US Secretary of State] Rex Tillerson, the anti-Iran moves seem compatible with a shared militarist hostility to Iran, which is misleadingly blamed for spreading terrorism in the region through Tehran’s support for such diverse groups as Hezbollah, Hamas and the Houthis.