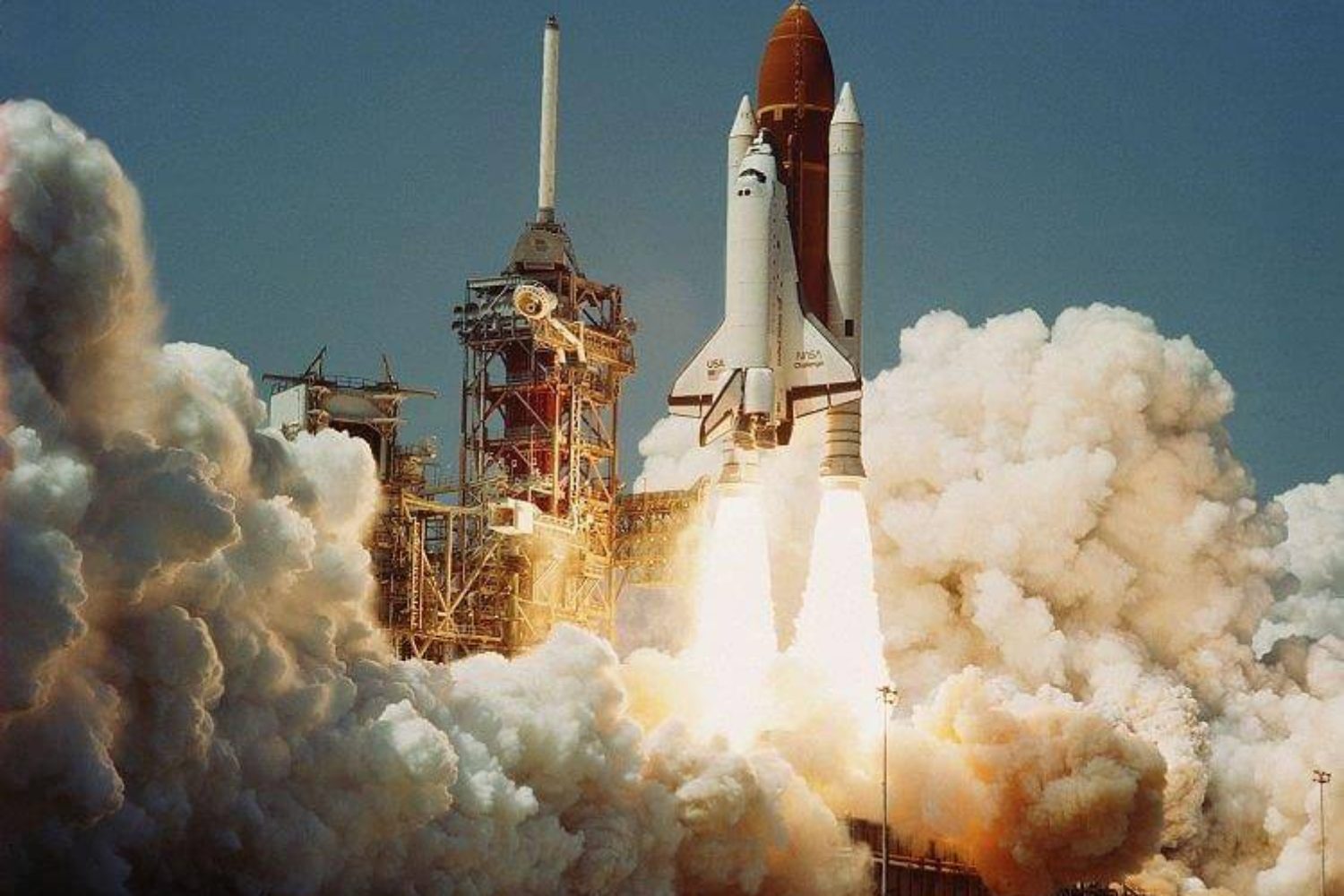 photo above: 1986 launch of the doomed spaceshuttle Challenger, with reference to the “normalization of deviance” in the NASA culture that led up to the disaster, an expression coined by sociologist Diane Vaughan

[WN] This is as succinct and compelling a statement about US Empire’s voracious, murderous ways (of people and environment) around the world, as I have read. The US Empire does, as all past Empires have done: it pursues a doctrine of “Might is Right” to establish full-spectrum dominance over, now, the entire planet. Anyone/thing in its way is immediately doomed. This is the pursuit of a “1000 Year Reich” equally monstrous as its 20th century wannabee model.
The motivation? There is ultimately only one: UNADULTERATED GREED.

Judged by this standard, the stewards of U.S. foreign policy down to the present day have done more than passably well… (Andrew J. Bacevich, America’s War For the Greater Middle East:  A Military History, New York, Random House, 2016, p. 358)

But, as Eisenhower later warned, the Cold War soon gave rise to a “military-industrial complex” that may be the case par excellence of a highly complex tangle of institutions whose social culture is supremely prone to the normalization of deviance. Privately, Eisenhower lamented, “God help this country when someone sits in this chair who doesn’t know the military as well as I do.”

That describes everyone who has sat in that chair and tried to manage the US military-industrial complex since 1961, involving critical decisions on war and peace and an ever-growing military budget. Advising the President on these matters are the Vice President, the Secretaries of State and Defense, the Director of National Intelligence, several generals and admirals and the chairs of powerful Congressional committees. Nearly all these officials’ careers represent some version of the “revolving door” between the military and “intelligence” bureaucracy, the executive and legislative branches of government, and top jobs with military contractors and lobbying firms.

Each of the close advisers who have the President’s ear on these most critical issues is in turn advised by others who are just as deeply embedded in the military-industrial complex, from think-tanks funded by weapons manufacturers to Members of Congress with military bases or missile plants in their districts to journalists and commentators who market fear, war and militarism to the public.

With the rise of sanctions and financial warfare as a tool of US power, Wall Street and the Treasury and Commerce Departments are also increasingly entangled in this web of military-industrial interests.

Until the American public, our political representatives and our neighbors around the world can come to grips with the normalization of deviance that is corrupting the conduct of US foreign policy, the existential threats of nuclear war and escalating conventional war will persist and spread.

This deviant culture is toxic in its disregard for the value of human life and for the survival of human life on Earth. The only thing “normal” about it is that it pervades the powerful, entangled institutions that control US foreign policy, rendering them impervious to reason, public accountability or even catastrophic failure.

The normalization of deviance in US foreign policy is driving a self-fulfilling reduction of our miraculous multicultural world to a “battlefield” or testing-ground for the latest US weapons and geopolitical strategies. There is not yet any countervailing movement powerful or united enough to restore reason, humanity or the rule of law, domestically or internationally, although new political movements in many countries offer viable alternatives to the path we are on.

As the Bulletin of the Atomic Scientists warned when it advanced the hands of the Doomsday Clock to 3 minutes to midnight in 2015, we are living at one of the most dangerous times in human history. The normalization of deviance in US foreign policy lies at the very heart of our predicament.

Like Loading...
night is right, pervasive US war crimes, space suttle disaster and "normalization of deviance", US and allies above all accountability, US culture as Evil Empire rife with such normalization