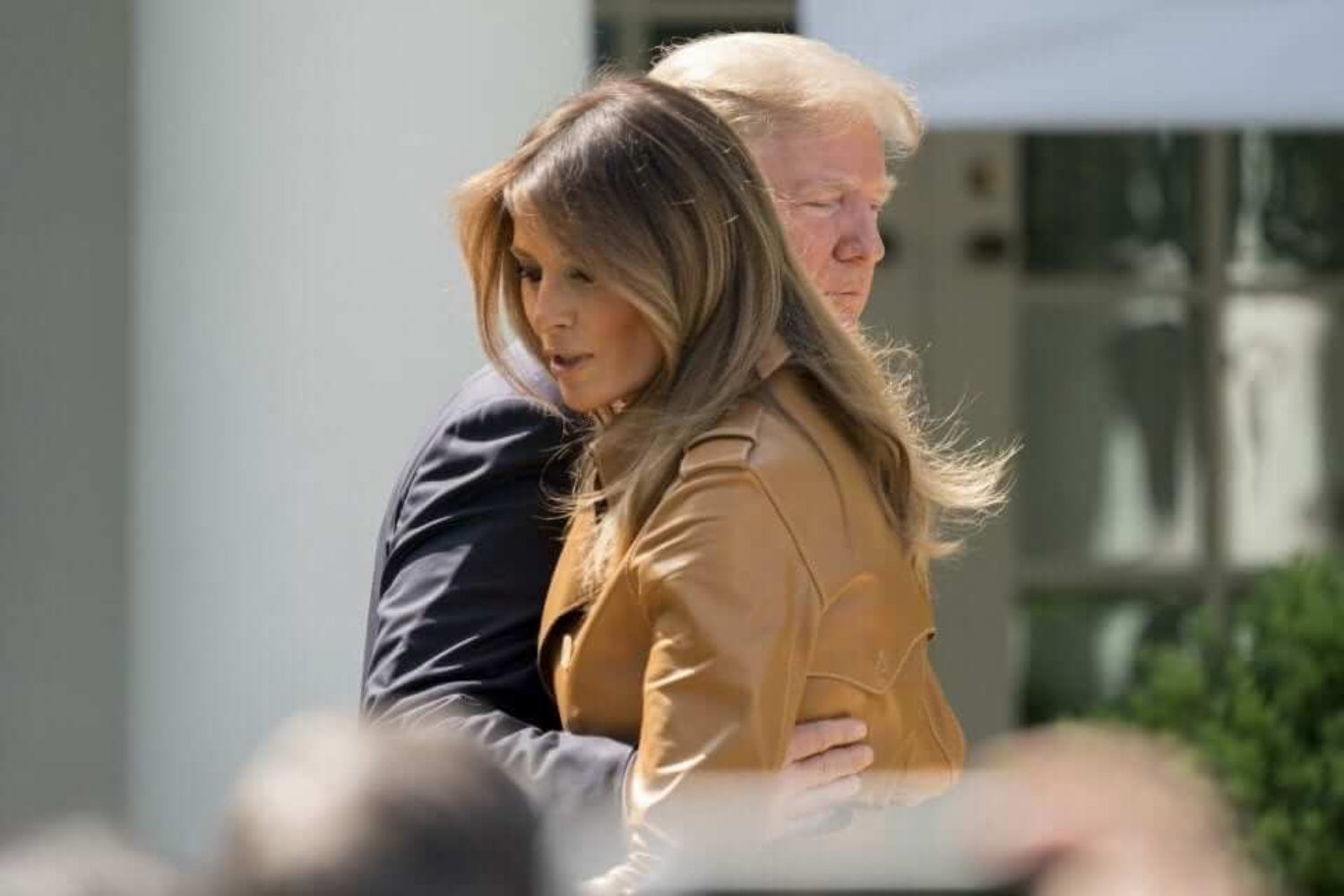 WN: Way to go Melania! And she has just spoken out in favour of LeBron James whose intelligence Trump publicly ridiculed.

It may be that the most effective way to strike a blow against a Twitter bully is to be a deft troll. In choosing and unveiling the child-welfare platform she plans to champion, first lady Melania Trump proved she has a well developed sense of irony.

“I do believe children should be both seen and heard,” she said on Monday in the White House’s Rose Garden. “And it is our responsibility as adults to educate and remind them that when they’re using their voices, whether verbally or online, they must use their words wisely and speak with respect and compassion.”

There is no reason to doubt either her sincerity or her commitment to fighting a very real problem for young people. But the first lady managed to also draw everyone’s attention to the fact that the worst imaginable role model for those values happened to be the man sitting right there in the front row. Every time she brings up the subject, she knows the commentary will certainly include references to her husband’s abusive comments on social media and in his tirades against his adversaries.

“Political marriages tend to be more complicated than most, but it’s striking that the Trumps make so little effort to project a more united front,” The Post noted on its front page Monday, the same day Melania Trump unveiled her new initiative.

That rejection of pretense could explain why her approval rating in a new CNN poll has jumped to 57 percent, up 10 percentage points since January, and close to 20 points higher than the president’s numbers have been running. She is learning her power — and so is her husband.