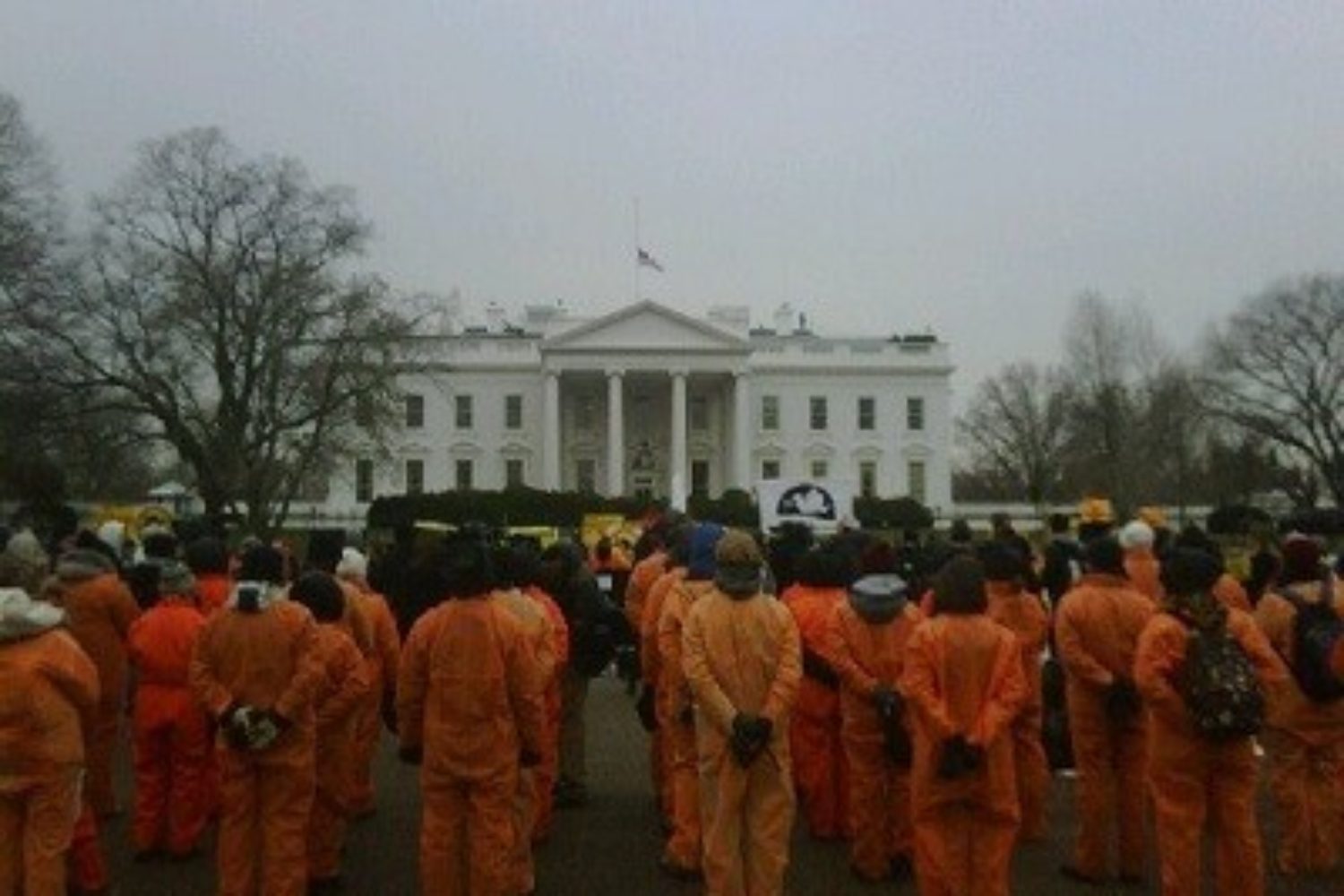 photo above: As Guantánamo remains open and the Endless War continues — and no one is held accountable — there is no ending to the stories of Lakhdar Boumediene and Mustafa Ait Idir, just an open wound. (Photo: Witness Against Torture)

WN: The degree of civilization in a society can be judged by entering its prisons (Fyodor Dostoevsky, from The House of the Dead). By this standard, as the article highlighted below indicates, America’s “civilization” is pure hell. Tragically, it has exported not only its prison system around the world since the first penitentiary in 1790 (the refurbished Walnut Street Jail in Philadelphia), it has also created hell on earth all over the world for countless millions — and the Good Creation.

To read Witnesses of the Unseen: Seven Years in Guantánamo is to run your mind along the contours of hell.

The next step, if you’re an American, is to embrace it. Claim it. This is who we are: We are the proprietors of a cluster of human cages. This torture center is still open. Men (“forever prisoners”) are still being held there, their imprisonment purporting to keep us safe.

The book, by Lakhdar Boumediene and Mustafa Ait Idir — two Algerian men arrested in Bosnia in 2011 and wrongly accused of being terrorists — allows us to imagine ourselves at Guantánamo, this outpost of the Endless War.