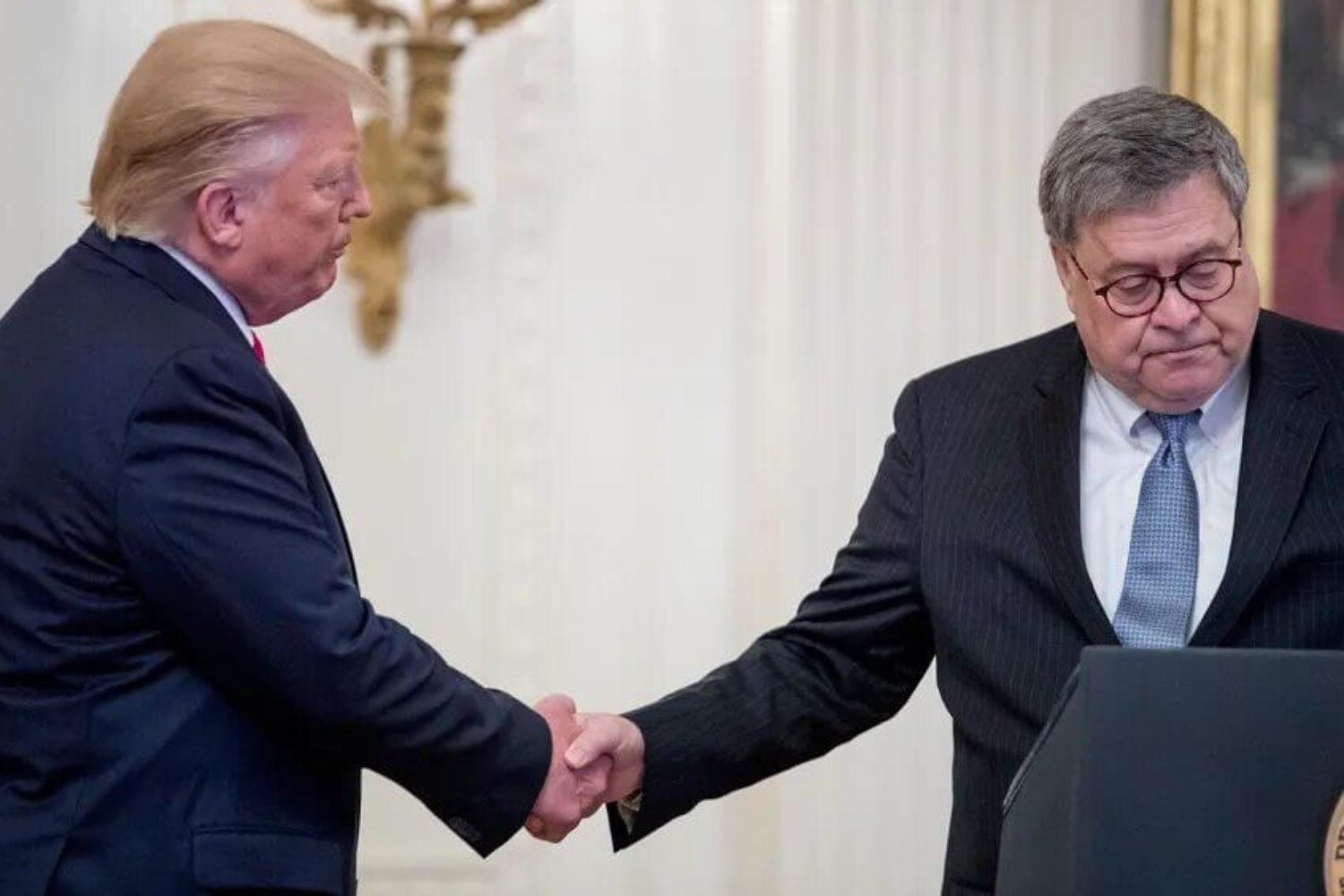 There are legitimate grounds to probe the intelligence officials behind the all-consuming Trump-Russia affair.

By Aaron Maté
October 28, 2019
photo above: Trump shakes hands with Attorney General William Barr before taking the podium in the East Room of the White House in September. He was awarding police officers and civilians for their role in stopping the mass shooting in El Paso, Texas. (AP Photo / Andrew Harnik)

The Justice Department’s inquiry into the origins of Russiagate has now expanded into a criminal matter, raising alarm bells among intelligence officials, Democratic leaders, and media pundits who promoted the theory of a Trump-Russia conspiracy.

There is no doubt that Donald Trump would like to exact political revenge on those behind the Russia probe, and it is fair to be skeptical of his Department of Justice. But it would be a mistake to reflexively dismiss the inquiry, which is led by US Attorney John Durham and overseen by Attorney General William Barr. The public deserves an accounting of what occurred. And given the intrusion of the nation’s intelligence’s services into domestic politics, a failure to learn lessons and enact safeguards could leave future candidates, especially on the left, vulnerable to similar investigations.

If the FBI had investigated President Barack Obama for more than two years on the false allegation of conspiring with or being an agent of a foreign power, Democratic leaders would rightfully demand a full inquiry. It would set a dangerous precedent for liberals to now reject an effort to get answers only because those answers would not be politically expedient. If left unchecked now, the same intelligence services that involved themselves in domestic politics in 2016 could do so again against progressive candidates on similarly spurious grounds.

The unfortunate reality is that under Trump, Democratic leaders and intelligence officials used the Russia investigation as a political weapon against his presidency. Now that it has proven baseless, Trump and his supporters have legitimate grounds to uncover how it began. The fact that Trump will use Russiagate’s failure as a political weapon is exactly why us skeptics on the left warned that its evidentiary holes would help him. Rather than complaining, those who brought us Russiagate should accept responsibility for handing Trump that opportunity, and work to ensure that the national security state does not receive opportunities to intrude again.