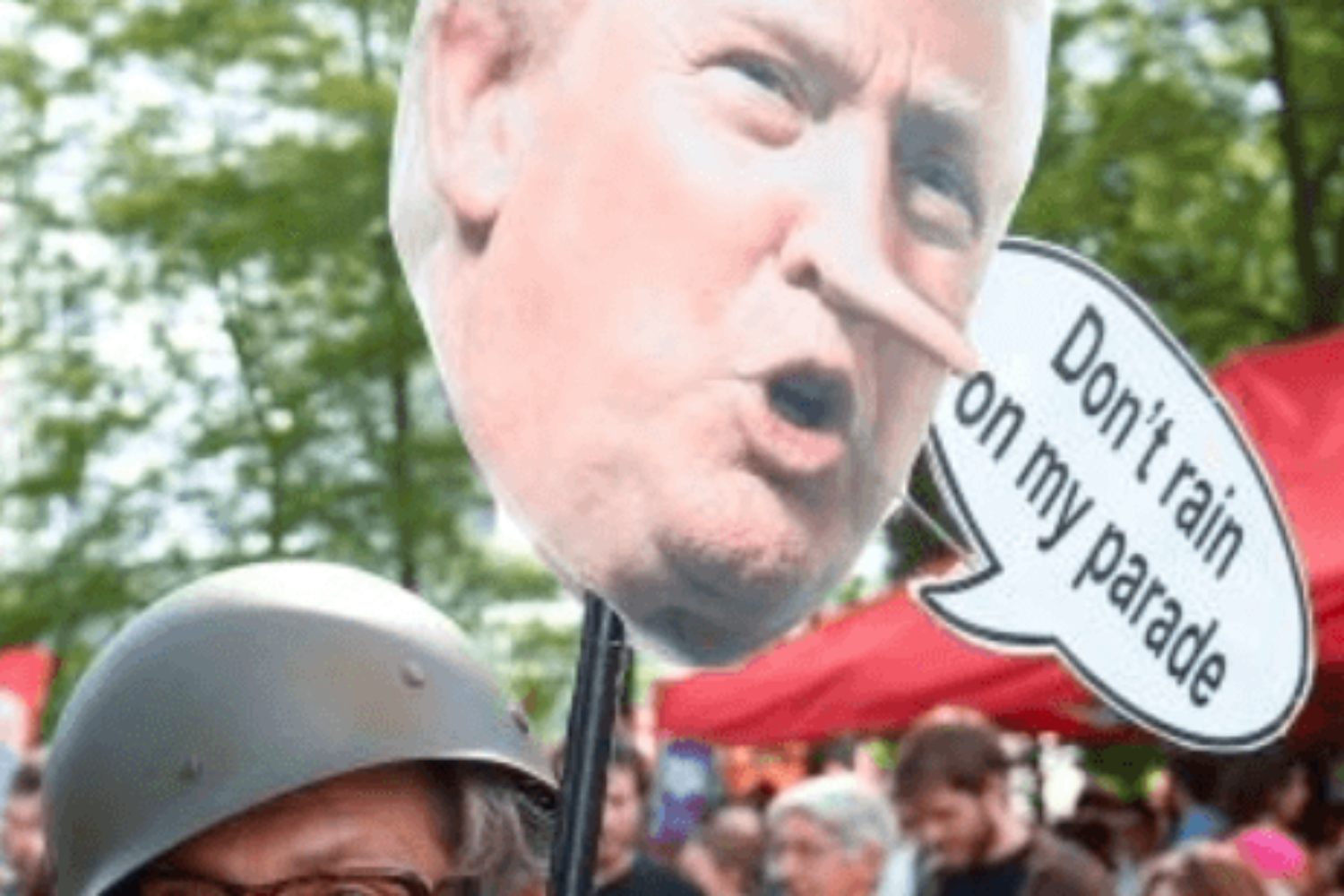 photo above: Of course, it didn’t rain on Trump’s Inauguration Day…

WN: There is an acquaintance who routinely railed against Obama and Hillary for being constant liars. He has fallen strangely silent in this respect only, about Trump, his hero… However, he and his kind never waver in support of Trump. What can one say?…

As president, Donald Trump has uttered more than 4,000 falsehoods or misleading statements. And the spokespeople and advisers tasked with squaring Trump’s version of reality with actual reality must often contort themselves accordingly. Early in the administration, this meant Kellyanne Conway talking about how the administration had “alternative facts.” Later, it was Sean Spicer explaining that he didn’t “knowingly” lie to the American people.

On Sunday, they tried a couple of new tacks: asserting that “facts develop” and saying that the president “misspoke” — while saying something he has said dozens of times.

The first came on ABC News’s “This Week.” In light of Trump’s problematic new tweet about the 2016 Trump Tower meeting, George Stephanopoulos challenged the president’s personal attorney Jay Sekulow on two past, disproven assurances that Trump hadn’t authored the initial, misleading statement about it. (That statement said the meeting was “primarily” about the adoption of Russian children.)

Facts might have “developed” from Sekulow’s perspective, but the actual events never changed. Either Trump didn’t tell him the truth about his role in drafting that statement, or Sekulow and Sanders offered assurances that were basically made-up. That “bad information” came from somewhere — either Trump or thin air. There are only two options here, and neither is good.

As the video clip Wallace played shows, that was hardly the only moment in the joint news conference with Putin in which Trump played down the idea that Russia interfered. Bolton was responding not to Trump saying “I don’t see any reason why it would be” Russia but to his insistence that “President Putin was extremely strong and powerful in his denial today.” Trump has never said he misspoke about that.

And that really gives lie to this whole thing. Trump has downplayed Putin’s interference so many times over the past 18 months that he would have had to be misspeaking almost constantly. It’s clear what he truly believes or at least wants to convey — even if aides can occasionally reel him back in slightly.

These explanations are not serious; they are merely the best, bad explanations that exist. These are the positions Trump’s public voices have been put in, given his inability to tell the truth — or ambivalence toward it. But each and every one of them also has the side effect of undermining the credibility of the spokespeople who, in neither of these cases, must truly believe the things they are saying.