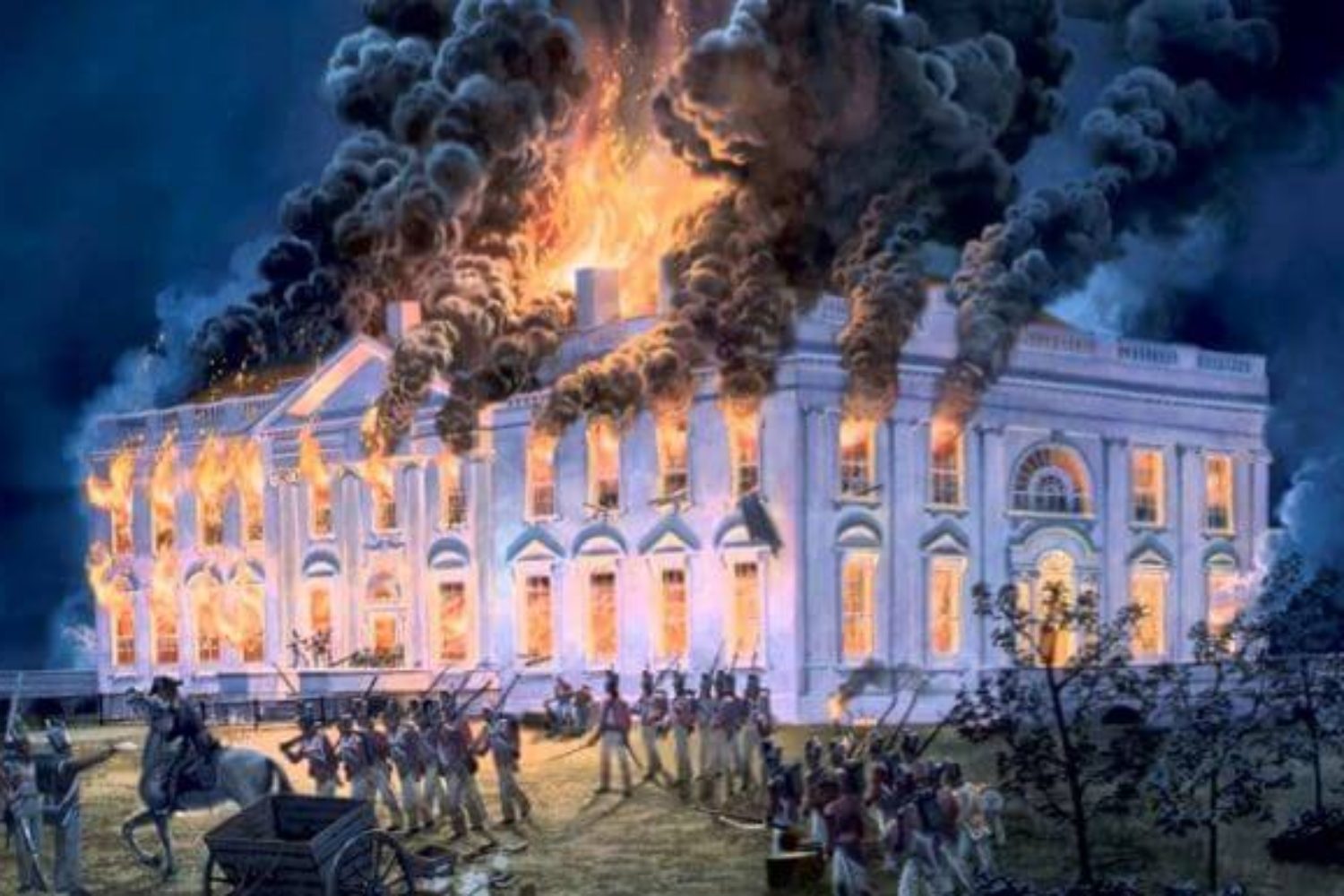 photo above: British (Canadians) burn White House in War of 1812. (Metaphorically, would that Trudeau and Company do the same now! Then again, Trump the Arsonist is working hard on that project himself! “Give a man enough rope…”)

The second takeaway is that Donald Trump is made of Teflon. He has been accused, at various points, of each of the scandals mentioned above, and yet nothing has stuck to him. Melania plagiarized Michelle at the RNC; Trump has massive, almost incalculable conflicts of interest; Trump lied to Mike Pence about the same thing Flynn did (another angel gone); Trump has also been accused of sexual assault and wife battery; Trump hired undocumented workers; Trump has even been accused of pedophilia; and it probably goes without saying at this point, but Trump definitely would not pass an FBI background check. His credit score alone would kill him. He’s so uncreditworthy that no major banks will lend to him (except for Deutsche Bank with its shadowy Russian—there’s that word again, “Russian,” it just keeps coming up!—money laundering). To quote a great man, SICK!

The only good news is that at least Trump’s immunity does not seem to extend to anyone in his orbit. Which would make you think he must be scouting for less scandalous replacements for all these fallen Trumpists—a canny assumption after he replaced conspiracy theorist Flynn with upstanding citizen H. R. McMaster and domestic abuser Puzder with really quite normal Republican guy Alexander Acosta. (Well, normal except for one little thing, which is, and really you can’t make this stuff up, that Acosta was the federal prosecutor who gave convicted pedophile Jeffrey Epstein a sweetheart plea deal—that is, the same convicted pedophile in whose company Trump himself has been accused of raping a 13-year-old girl.)