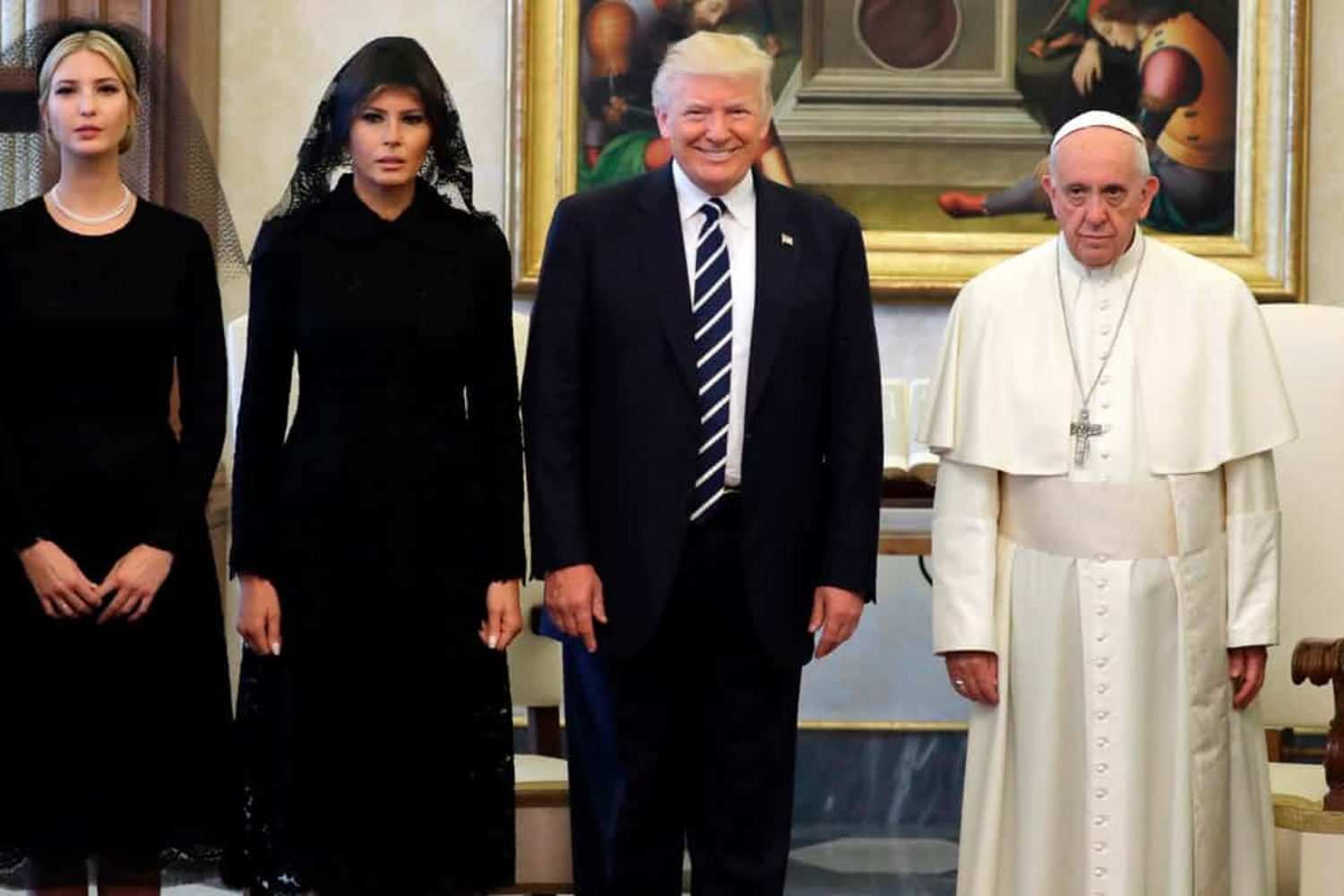 Article vetted by the Vatican offers scathing critique of Steve Bannon, who is Catholic, the Trump White House and ‘evangelical fundamentalism’ in the US

photo above: Ivanka Trump, First Lady Melania Trump, and President Donald Trump stand with Pope Francis during a meeting at the Vatican on May 24, 2017. Evan Vucci—AP

An explosive article written by two close associates of Pope Francis has accused Steve Bannon, the chief White House strategist, of espousing an “apocalyptic geopolitics” whose roots are “not too far apart” from that of Islamist extremism.

The article in La Civiltà Cattolica, which is vetted by the Vatican before publication, lays out a scathing critique of “evangelical fundamentalism” in the US, arguing that, on issues ranging from climate change to “migrants and Muslims”, proponents of the ideology have adopted a twisted reading of scripture and the Old Testament that promotes conflict and war above all else.

The piece was published just days after evangelical leaders met US president Donald Trump in the Oval Office of the White House and “laid hands” on him in prayer following discussions about religious freedom, support for Israel and healthcare reform.

Trump has never convincingly spoken of having religious faith, but won the overwhelming support of white evangelical Christians in the 2016 election.

Please also see below The Rev. Dr. William J. Barber II in an MSNBC interview about Trump policy as “hypocrisy and sin”: