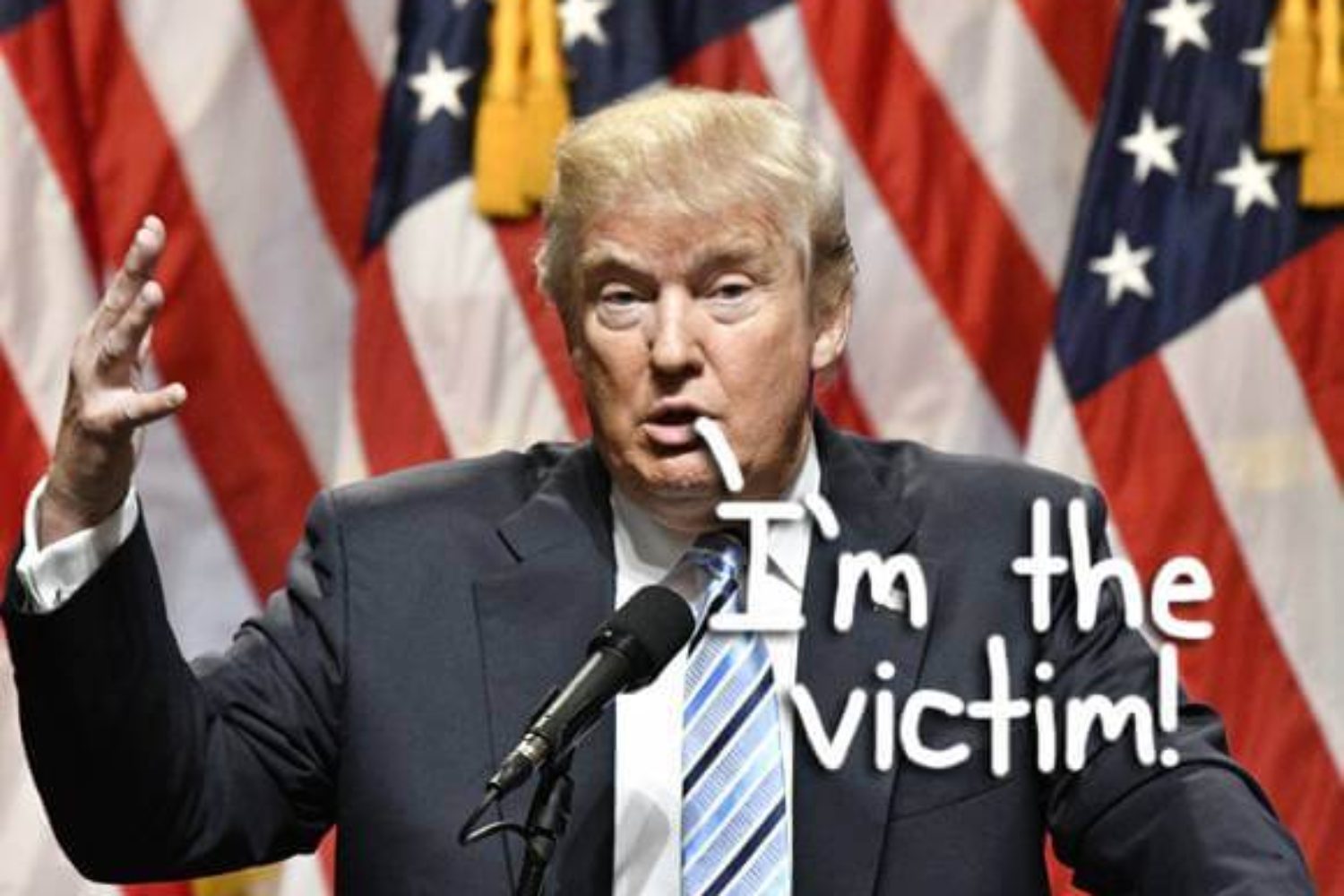 Donald Trump grabbed a new lifeline. Speaking at a rally in Charlotte, North Carolina, on October 15th, he raised a hand as if to take an oath and declared: “I am a victim!” The great business tycoon, the one and only man who could fix America and make the place great again (trust me, folks), was laying claim to martyrdom — and spinning another news cycle. “I am a victim,” he declared, “of one of the great political smear campaigns in the history of our country. They are coming after me to try and destroy what is considered by even them the greatest movement in the history of our country.”

“I am a victim.”  That pathetic line echoed in my head, which is why I’m writing this.  In my long life, I had seen a large white man stand up in a public arena and proclaim those words — the shrill, self-pitying complaint of the remorseless perpetrator — only once before.  That was in a courtroom in lower Manhattan in 1988. The man was Joel Steinberg, a New York lawyer who, over a 12-year period, had brainwashed and beaten into oblivion a woman named Hedda Nussbaum, once a successful young editor of children’s books.  In the early years of their relationship, she had run away several times, seeking help, and every time a doctor or friend had called Steinberg to come and get her. At that point — time and again — Steinberg would administer “punishment,” breaking her bones and her spirit. She took on what police would later describe as “a zombie-like quality.”

Two lessons lurk in this story, one old and one very up to date.  First, it’s a reminder of how much women at that time, even after a great wave of feminism, still blamed women (including themselves) for whatever happened to them at the hands of men; second, a man with a character like Steinberg’s is not the kind of guy you want to choose for high office — or any office at all.

Joel Steinberg stalked a far tinier stage than Donald Trump and he did more deadly damage, but the two men seem to be brothers under the skin, sharing common character defects well described in psychiatric texts: extreme narcissism, a taste for sexual predation, and very similar views of the women on whom they prey. Like Steinberg, who was incapable of seeing himself as the judge accurately described him, Trump seems blind to the real nature of his own behavior. (His current wife describes him as a “boy.”) Neither man seems capable of taking responsibility for the harm he’s done, and when their own actions finally call down retribution, branding them as losers — ah, then come the conspiracy theories and the vindictive wail of the victim.

In that piece of mine, I traced the history of the principal tactics of coercion used by controlling men like Trump. Some of those tactics, including Steinberg’s favorites, involve physical force, but most, when used by a skilled abuser, require no force at all.  Trump applies the handiest tools to his targeted victims regularly, leaving no physical marks behind: threats, intimidation, degradation, put-downs, humiliation, insults, trivial demands, occasional indulgences (a flash of charm, for example, or a bit of feigned reasonableness). The lesson is simple and clear: the mind can be bent and the spirit shattered without battering the body.

I neglected, however, to mention one of the most insidious tactics of such abusers, perhaps because it’s so obvious that it regularly hides in plain sight. In the military, it’s called “pulling rank.” High status is itself a powerful coercive force that can stifle resistance in a lower-status victim and so silence him or her. Status is Trump’s brandished weapon, his open carry.  On this, he couldn’t have been clearer in boasting of his pussy-grabbing skills on that Hollywood Access tape: “When you’re a star they let you do it. You can do anything.”

One in three women between the ages of 18 and 24 say that they have been harassed at work. Yet 70% of all workers (woman and men) harassed on the job do not report the offense, often for fear of disbelief or reprisal. Think of all the women in television who were subjected to harassment and worse by Roger Ailes — the charges now reach back 50 years — fired at last by Fox News, only to become official media adviser to whom else but presidential candidate Donald Trump.

Some in the media glossed over Trump’s bragging as just so much “lewd conversation” — or as Trump himself put it “locker room talk” — while his wife Melania dismissed it as “boy talk.” In fact, Trump’s unwanted kissing and groping — his self-described M.O. substantiated by one victim after another — can be classified in his home state (under New York Penal Law, Article 130, Section 130.52: forcible touching) as a Class A misdemeanor.  That may not sound serious, but it’s punishable by a maximum fine of $1,000 (chump change for The Donald) and a more sobering potential year behind bars.

It was that tape, all over the media on October 7th, that prompted Anderson Cooper during the second presidential debate to ask Trump three times if he had actually done the sort of things he described to Billy Bush, which Cooper correctly named “sexual assault.” Trump finally answered: “And I will tell you, no I have not” — and women who had lived for five, 10, 20, even 30 years with nagging memories of a Trump assault and humiliation had to restrain an immediate impulse to smash the TV set and instead called a news outlet or a lawyer.

As of this writing, more than a dozen women have gone public with reports of Trump’s sexual attacks since the release of that Hollywood Access tape. They join a list of women and girls who had previously reported offenses ranging from outright sexual assault to crashing dressing rooms at beauty contests where nude and semi-nude women and girls were preparing to compete for the titles of Miss Universe or Miss Teen America. That brings the number of Trump’s accusers, as I write, to at least 24. Journalists and lawyers have generally managed to verify their accounts.