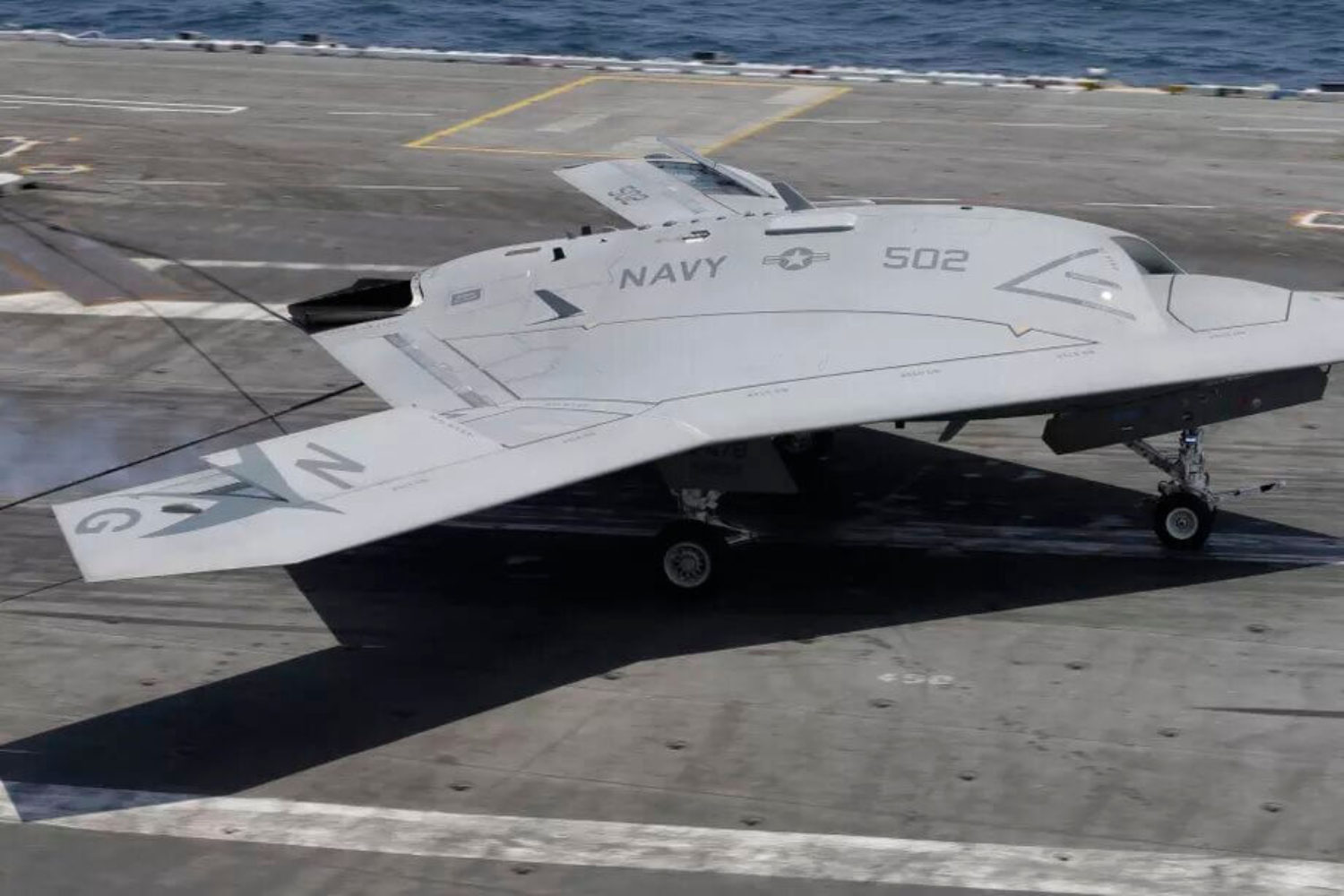 photo above: In this 2013 file photo, an X47-B Navy drone grabs the wire as it lands aboard the nuclear aircraft carrier USS George H. W. Bush off the Virginia coast. | AP Photo/Steve Helber

WN: This is, I believe, the first article I have highlighted about Trump’s use of drones, an “art” of remote warfare begun by Bush The Second and perfected by Nobel-Peace-Prize-winning Obama; whose standing as such a laureate is perhaps due to his not having been just a bellicose repeat of Bush The Second — at least in the half-closed eyes (surely!) of the august NPP Committee that chose continued-warmongering Obama in the first place.

That Trump has greatly exceeded the tally of cold-blooded murders over against other contenders the world over is no surprise: an utter narcissist with the right capability possessed by Trump is of course set up to be the world’s current greatest serial killer. This apart from all the other continued mass murder by the United States carried on across the planet.

In that murder-by-drone of American citizens has been normalized, it is only a matter of time before drones will start striking citizens on home soil, and possibly closer to home in Canada and Mexico.

Though Just War theory long since has been totally discredited[ref number”1″]See the superb recounting of the story and so much more in Robert Meagher’s Killing from the Inside Out: Moral Injury and Just War. See too: “How the US Learned to Stop Worrying and Love the Forever War.”)), with vast-majority Catholic and Evangelical support of such nonetheless, there is full guarantee to see America continue with worldwide murder (and NATO powers remaining in bed with them– for freedom and democracy!) indefinitely.

Please also see my commentary on and excerpts from this article by Adam Hudson, Truthout December 5, 2020: Trump Has Pushed Ahead With Drone Strikes, Putting US Citizens in the Crosshairs.

This administration has not only surpassed the previous one’s drone strike volume overseas, it has made the drone wars even more secretive, if that’s possible.

We can cobble together some reporting on the numbers, but finding exact figures on drone strikes in the Trump administration is difficult. More on that in a minute.

According to a 2018 report in The Daily Beast, Obama launched 186 drone strikes in Yemen, Somalia and Pakistan during his first two years in office. In Trump’s first two years, he launched 238.

The Trump administration has carried out 176 strikes in Yemen in just two years, compared with 154 there during all eight years of Obama’s tenure, according to a count by The Associated Press and the Bureau of Investigative Journalism.

For one, the Obama administration paved the way for popularizing and normalizing drone wars, which also included the extrajudicial killing of U.S. citizens, first by hiding it, then by begrudgingly acknowledging it, and then by pretending to meaningfully constrain it.

Trump has peeled back all of those requirements because, well, he can. We now know more than we did about U.S. drone wars when Obama first took office, but less than when he left.

You can also blame cowardly, partisan politics for hearing little from lawmakers about these escalations. Republicans, of course, no longer criticize these sorts of things — even if they subscribe to Trump’s Obama-rebuking, “America First” isolationism. And Democrats who might take issue with unaccountable wars and civilian deaths know to do so they’d have to acknowledge Obama’s role in the mess, and so …Trump’s tax returns it is.

De-escalating our involvement — even shadow or unmanned — in overseas conflicts was something that many Trump critics and supporters were welcoming, especially abroad. One CBC headline from 2016 read, “Drone King Barack Obama will not be missed.” Another, from The Guardian: “At least President Trump would ground the drones.”

It was all wishful thinking.