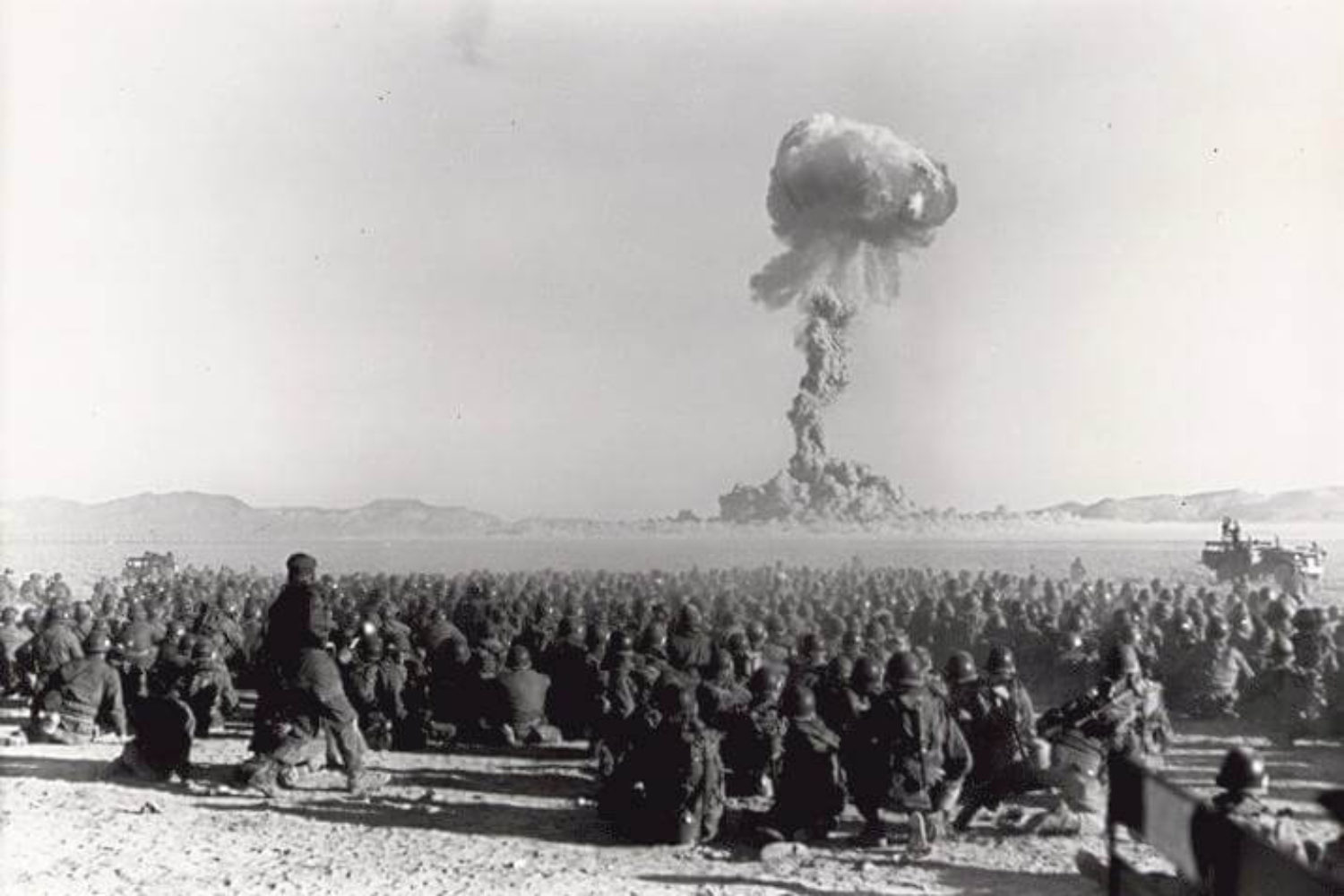 photo above: November 1951 nuclear test at Nevada Test Site. Test is shot “Dog” from Operation Buster, with a yield of 21 kilotons of TNT (88 TJ). It was the first U.S. nuclear field exercise conducted with live troops maneuvering on land. Troops shown are 6 mi (9.7 km) from the blast. (Source: Wikimedia Commons)

Meanwhile the same report states that North Korea, surely in the light of Trump’s apocalyptic threats to the nation of just 25.4 million, “was reportedly conducting mass evacuation drills and blackout exercises in recent days amid increased threats of nuclear war.” Poignant and shaming.

But if there is, rightly, such fear of radiation leakage, what, as he has threatened, if Donald Trump unleashes his threat of “fire and fury like the world has never seen”?

On 22nd October, Trump decided that he was preparing to put the US fleet of B-52 fully nuclear capable bombers on 24-hour alert.

“This is yet one more step in ensuring that we’re prepared”, Gen. David Goldfein, Air Force Chief of Staff, told Defense One.

The first targets, as Trump has made clear, would be the DPRK’s weapons facilities, which would make the horror of the current leak fears pale in to insignificance. And as said before, the region, indeed the planet could be rendered incinerated history.

The US President, now in a tight corner, with impeachment an approaching possibility and with seemingly increasingly fading grasp reality, might just resort to such insanity as a diversionary tactic.

Time for neighbouring countries and US allies to use this disaster to put out the hand of friendship, offer help, diplomacy and normality to a country which has literally built itself up from the ashes, of every town, city and village destroyed by America little over sixty years ago.

And the time to act is now. Next week might be too late.