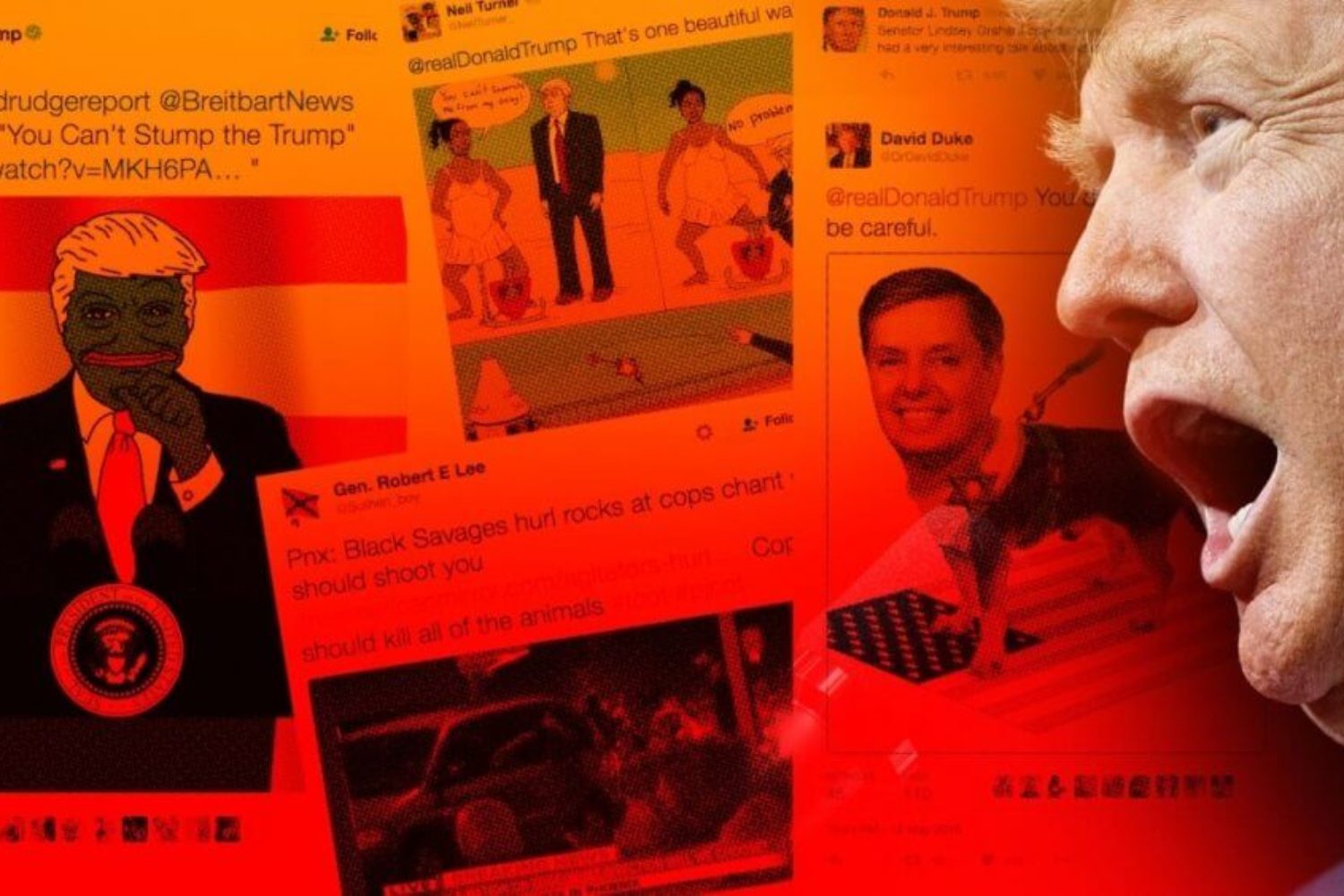 The full story of his connection with far-right extremists.

This is the second in-depth look at Trump and hate/white extremists that I have posted on this site. The first is here. Surely with this exposure of the wide array of hate group supporters, and the Trump campaign cooperation to be interviewed by such groups, gives credence for this reason alone (there are others) to seeing Trump as proto-fascist. That said, there are significant differences according to historian Robert Paxton in American reality from German or Italian reality when Mussolini and Hitler rose to power. The in-depth reporting in the article linked below is highly disturbing.

Anglin predicted that if Trump loses, “it is by fraud, and all of these people who are currently supporting him are going to be radicalized.” Those radicals, he said, will finally realize “there is a Jewish media conspiracy” and “a war on the White man.” Picking up on Trump’s own assertion that a Clinton victory would mean the election is “rigged,” Anglin said Trump would “order a putsch.”

In late August, Occidental Dissent‘s Brad Griffin mused about the possibility of a Trump win: “Can you imagine a world in which White Nationalists have come out of the closet, the charge of ‘racism’ elicits only a ‘meh’ and shrugged shoulders, and we have begun to openly organize? Don’t underestimate the power of the presidency to legitimize marginalized people and deviant movements. If Barack Obama can legitimize gay marriage and transsexuals, Donald Trump can legitimize the Alt-Right.”

In the wake of the explosive Trump video, Spencer acknowledged that “it’s going to be difficult for him to win in November.” But as he told us recently, “There have always been people in American history who have had a racialist idea. I just think now it’s like our time has come.”