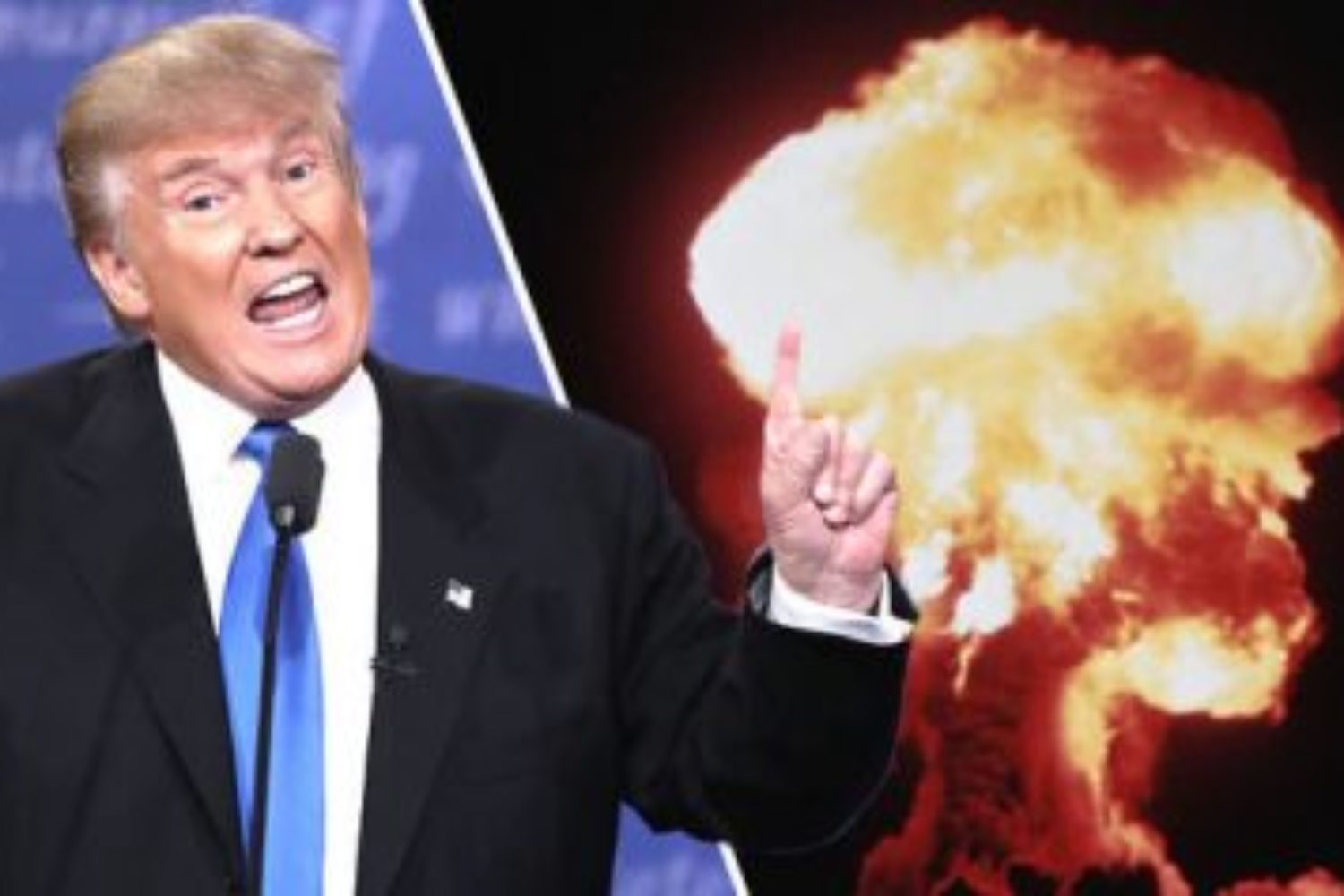 Mr Trump is a liar, a hypocrite and a fool

WN: It is a towering truism in relation to Trump, that “one should never trust a liar.” If only it were that simple, and we could all go to bed tonight with full assurance that the world is safe from Donald Trump and his neocon criminal gang. But it’s not so simple…

Part of the problem is that with all petty-tyrants, common variety bullies and partner-abusers, etc.: they (think they) are/aspire to be central, superior and deserving.

In fact, the likes of narcissistic failed wannabies/crazies like Trump engage in endless fantasies as old as humanity: what comedian George Carlin (albeit crudely) calls puerile “prick-waving” vis à vis war. Trump is like an extremely obnoxious, nasty multiple little repeat delinquent who has come upon a great stash of very dangerous firecrackers and is just itching to light them off in every direction, thereby creating maximum mayhem and reaction: the people of the world, the Good Earth be damned! “Heh”, he cries, “I’ve got the biggest prick of you all!”, and with that, thereby grandstanding to the world that he is bar none, sadly, the Biggest Prick in the World. And oh, so unpredictable … such that tragically, he is consequently extremely dangerous for the planet.

On April 6th, 2017, on the 100 year anniversary of America’s entry into World War I, Donald Trump launched airstrikes against the Syrian government; in retaliation for a gas attack supposedly perpetrated by Assad. There was no investigation, not even a hack job of a frame up like we had in 2003. The evidence we do have contradicts the official story, and the stakes are much higher this time around.

Then before the dust had even settled, Trump pivoted to Asia. Ratcheting up intimidation tactics, towards North Korea. Threatening regime change and practically begging the already insecure Kim Jong-un to do something stupid. And that’s the point. Provoke a response, and then play the victim.

Video below is an analysis of Trump’s World War 3.

For transcript, please click on: Stand Down Mr. Trump