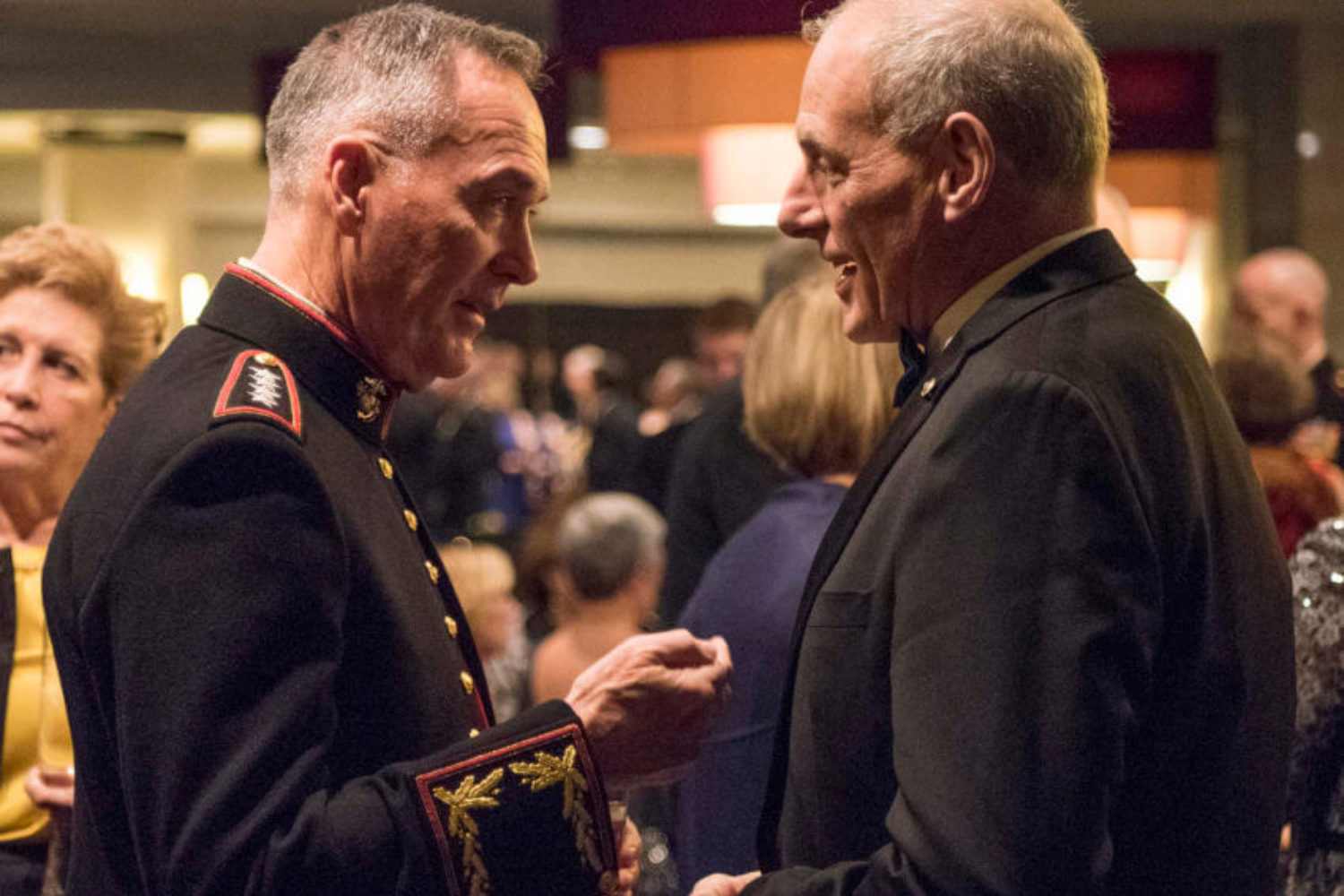 Victory at Last!
In America’s Wars, Failure Is the New Success
By Tom Engelhardt

In short, you could hardly pick three men more viscerally connected to the American way of war, less capable of seriously reassessing what they have lived through, or more fully identified with the failures of the war on terror, especially the conflicts in Iraq and Afghanistan.  When it comes to the “rubble” of American generalship in these years, [James] Mattis, [H. R.] McMaster, and [John] Kelly would certainly be at the top of anyone’s list.

Think of them, in fact, as the ultimate survivors of a system that at its upper levels is not known, even in the best of times, for promoting original, outside-the-box thinkers.  They are, in other words, the ultimate four-star conformists because that’s the character trait you need to make it to generalship in the U.S. military.  (Original thinkers and critics never seem to make it past the rank of colonel.)

And as their “new” Trump-era Afghan policy indicates, when faced with their wars and what to do about them, their answer is invariably some version of more of the same (with the usual, by-now-predictable results).

All Hail the Generals!

Now, let’s take one more step back from the situation at hand, lest you imagine that President Trump’s acts, when it comes to those generals, are unique to our time.  Yes, two retired generals and one still active in posts previously (with the rarest of exceptions) reserved for civilians do represent something new in American history.  Still, this Trumpian moment should be seen as the culmination of, not a departure from, the policies of the two previous administrations.

In these years, America’s generals have failed everywhere except in one place, and that just happens to be the only place that truly matters.  Call Afghanistan a “stalemate” as often as you want, but almost 16 years after the U.S. military loosed the power of “the finest fighting force the world has ever known” (aka “the greatest force for human liberation the world has ever known”), the Taliban are ascendant in that benighted land and that’s the definition of failure, no matter how you tote things up. Those generals have indeed been losers in that country, as they and others have been in Iraq, Somalia, Yemen, Libya, and someday undoubtedly Syria (no matter what immediate victories they might chalk up).  In only one place did their generalship work effectively; in only one place have they truly succeeded; in only one place could they now conceivably proclaim “victory at last!”

That place is, of course, Washington, D.C., where they are indeed the last men standing and, in Trumpian terms, absolute winners.

In Washington, their generalship has been anything but rubble.  It’s always been another kind of more — more of whatever they wanted, from money to surges to ever-greater power and authority.  In Washington, they’ve been the winners ever since President George W. Bush launched his Global War on Terror.

What they couldn’t do in Baghdad, Kabul, Tripoli, or anywhere else across the Greater Middle East and Africa, they’ve done impressively in our nation’s capital. In years when they unsuccessfully brought the full power of the greatest arsenal on the planet to bear on enemies whose weaponry cost the price of a pizza, they continued to rake in billions of dollars in Washington. In fact, it’s reasonable to argue that the losing conflicts in the war on terror were necessary prerequisites for the winning budgetary battles in that city. Those never-ending conflicts — and a more generalized (no pun intended) fear of (Islamic) terrorism heavily promoted by the national security state — have driven funding success to staggering levels in the nation’s capital, perhaps the single issue on which Repubicans and Democrats have seen eye to eye in this period.

In this context, Donald Trump’s decision to surround himself with “his” generals has simply brought this reality more fully into focus.  He’s made it clear why the term “deep state,” often used by critics of American war and national security policies, inadequately describes the situation in Washington in this century.  That term brings up images of a hidden state-within-a-state that controls the rest of the government in some conspiratorial fashion. The reality in Washington today is nothing like that. Despite both its trove of secrets and its desire to cast a shadow of secrecy over government operations, the national security state hasn’t exactly been lurking in the shadows in these years.

In Washington, whatever the Constitution may say about civilian control of the military, the generals — at least at present — control the civilians and the deep state has become the all-too-visible state. In this context, one thing is clear, whether you’re talking about the country’s panoply of “intelligence” agencies or the Pentagon, failure is the new success.

Like Loading...
3 top generals in Trump's administration - abject failures in their "generalships", Failure is the new success, Tom Engelhardt