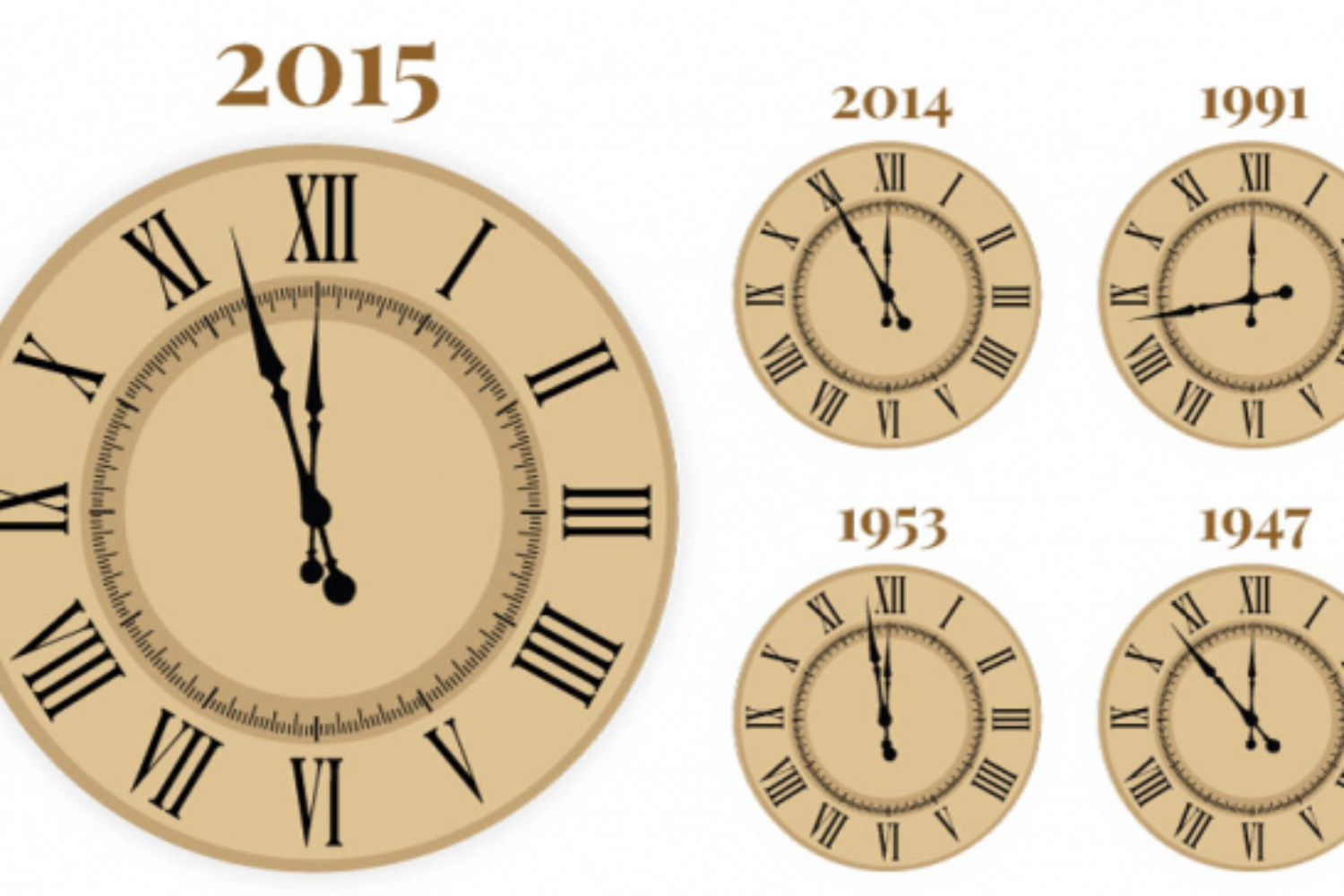 an excerpt from the excerpt:

The Black Swan We Can Never See

Let us turn to the other (and traditional) concern of the atomic scientists who adjust the Doomsday Clock: nuclear weapons. The current threat of nuclear war amply justifies their January 2015 decision to advance the clock two minutes toward midnight. What has happened since reveals the growing threat even more clearly, a matter that elicits insufficient concern, in my opinion.

The last time the Doomsday Clock reached three minutes before midnight was in 1983, at the time of the Able Archer exercises of the Reagan administration; these exercises simulated attacks on the Soviet Union to test their defense systems. Recently released Russian archives reveal that the Russians were deeply concerned by the operations and were preparing to respond, which would have meant, simply: The End.

We have learned more about these rash and reckless exercises, and about how close the world was to disaster, from U.S. military and intelligence analyst Melvin Goodman, who was CIA division chief and senior analyst at the Office of Soviet Affairs at the time. “In addition to the Able Archer mobilization exercise that alarmed the Kremlin,” Goodman writes, “the Reagan administration authorized unusually aggressive military exercises near the Soviet border that, in some cases, violated Soviet territorial sovereignty. The Pentagon’s risky measures included sending U.S. strategic bombers over the North Pole to test Soviet radar, and naval exercises in wartime approaches to the USSR where U.S. warships had previously not entered. Additional secret operations simulated surprise naval attacks on Soviet targets.”

We now know that the world was saved from likely nuclear destruction in those frightening days by the decision of a Russian officer, Stanislav Petrov, not to transmit to higher authorities the report of automated detection systems that the USSR was under missile attack. Accordingly, Petrov takes his place alongside Russian submarine commander Vasili Arkhipov, who, at a dangerous moment of the 1962 Cuban Missile Crisis, refused to authorize the launching of nuclear torpedoes when the subs were under attack by U.S. destroyers enforcing a quarantine.