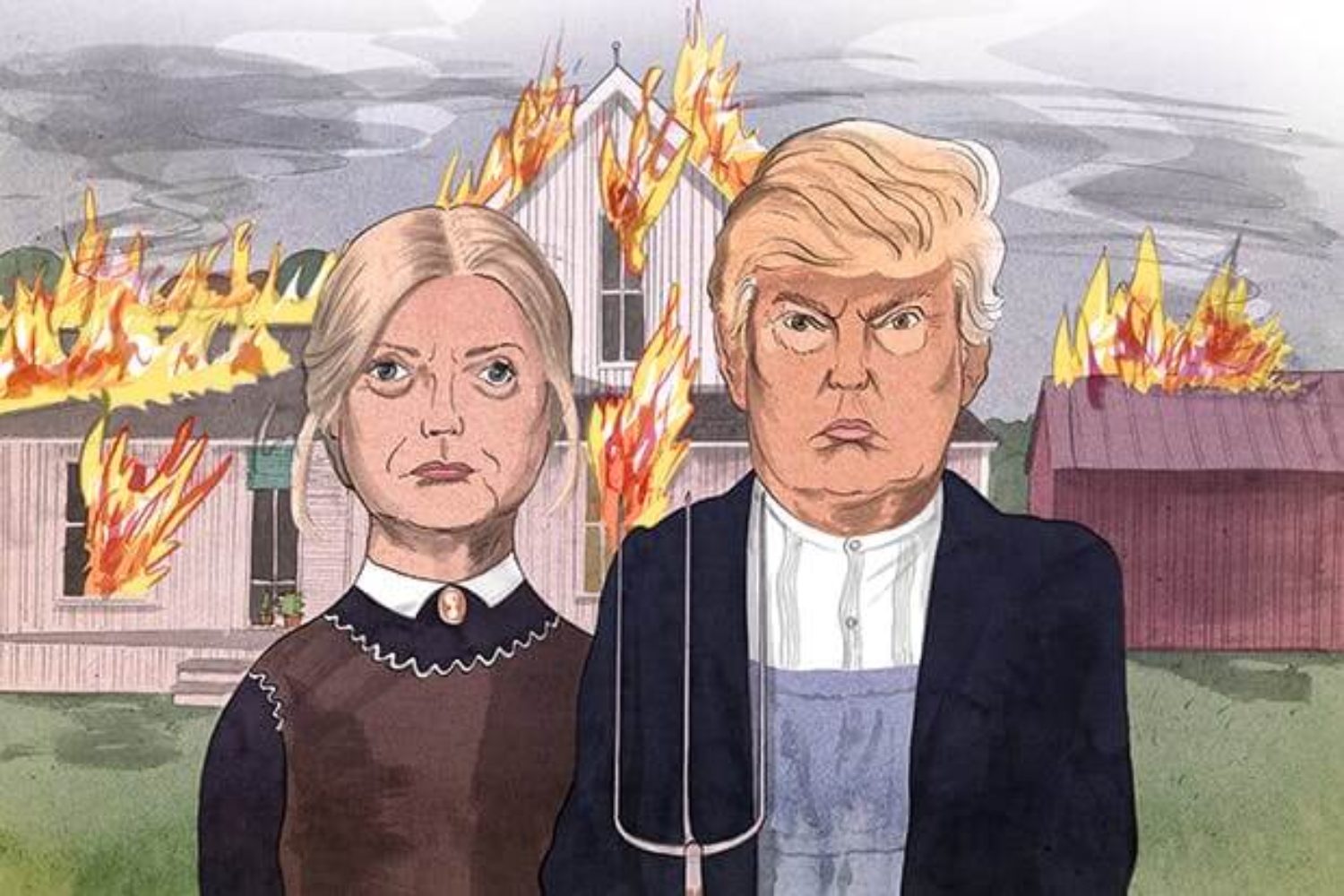 Donald Trump’s Road to Debacle in the Greater Middle East

Despite the obvious differences in their economic circumstances, there remain some telling resonances between Britain’s postwar politics and America’s troubles today. Both of these fading global hegemons suffered a slow erosion of economic power in a fast-changing world, producing severe social tensions and stunted political leaders. Britain’s Conservative Party leadership had declined from the skilled diplomacy of Disraeli, Salisbury, and Churchill to [Sir Anthony] Eden’s bluster and blunder.  Similarly, the Republican Party has descended from the likes of Teddy Roosevelt, Eisenhower, and George H.W. Bush to a field of 17 primary candidates in 2016 who promised to resolve an infinitely complex crisis in the Middle East through a set of incendiary policies that included making desert sands glow from carpet-bombing and forcing terrorists to capitulate through torture. Confronted with daunting international challenges, the voters of both countries supported appealing but unstable leaders whose delusions of omnipotence inclined them to military misadventures.

Like British citizens of the 1950s, most Americans today do not fully grasp the fragility of their status as “the leader of the free world.” Indeed, Washington has been standing astride the globe as a superpower for so long that most of its leaders have almost no understanding of the delicate design of their country’s global power built so carefully by two post-World War II presidents.

While it’s reasonable to argue that Washington had by then become history’s greatest global power, its hegemony, like that of all the world empires that preceded it, remained surprisingly fragile. Skilled leadership was required to maintain the system’s balance of diplomacy, military power, economic strength, and technological innovation.

By the time President Trump took his oath of office, negative, long-term trends had already started to limit the influence of any American leader on the world stage.  These included a declining share of the global economy, an erosion of U.S. technological primacy, an inability to apply its overwhelming military power in a way that achieved expected policy goals on an ever more recalcitrant planet, and a generation of increasingly independent national leaders, whether in Europe, Asia, or Latin America.

Apart from such adverse trends, Washington’s global power rested on such strategic fundamentals that its leaders might still have managed carefully enough to maintain a reasonable semblance of American hegemony: notably, the NATO alliance and Asian mutual-security treaties at the strategic antipodes of Eurasia, trade treaties that reinforced such alliances, scientific research to sustain its military’s technological edge, and leadership on international issues like climate change.

In just five short months, however, the Trump White House has done a remarkable job of demolishing these very pillars of U.S. global power. During his first overseas trip in May 2017, President Trump chastised stone-faced NATO leaders for failure to pay their “fair share” into the military part of the alliance and refused to affirm its core principle of collective defense. Ignoring the pleas of these close allies, he then forfeited America’s historic diplomatic leadership by announcing Washington’s withdrawal from the Paris Climate Accord with all the drama of a reality television show. After watching his striking repudiation of Washington’s role as world leader, German Chancellor Angela Merkel told voters in her country that “we must fight for our future on our own, for our destiny as Europeans.”

Along the strategic Pacific littoral, Trump cancelled the Trans-Pacific Partnership trade pact on taking office and gratuitously alienated allies by cutting short a courtesy phone call to Australia’s prime minister and insulting South Korea to the point where its new president won office, in part, on a platform of “say no” to America. When President Moon Jae-in visited Washington in June, determined to heal the breach between the two countries, he was, as the New York Times reported, blindsided by “the harshness of Mr. Trump’s critique of South Korea on trade.”

Just days after Trump dismissed Moon’s suggestion that the two countries engage in actual diplomatic negotiations with Pyongyang, North Korea successfully test-fired a ballistic missile potentially capable of reaching Alaska or possibly Hawaii with a nuclear warhead (though experts believe Pyongyang may still be years away from effectively fitting such a warhead to the missile).  It was an act that made those same negotiations Washington’s only viable option — apart from a second Korean War, which would potentially devastate both the region and the U.S. position as the preeminent international leader.

In other words, after 70 years of global dominion, America’s geopolitical command of the axial ends of Eurasia — the central pillars of its world power— seems to be crumbling in a matter of months.

Instead of the diplomacy of presidents past, Trump and his advisers, especially his military men, have reacted to his first modest foreign crises as well as the everyday power questions of empire with outbursts akin to Anthony Eden’s.  Since January, the White House has erupted in sudden displays of raw military power that included a drone blitz of unprecedented intensity in Yemen to destroy what the president called a “network of lawless savages,” the bombardment of a Syrian air base with 59 Tomahawk missiles, and the detonation of the world’s largest non-nuclear bomb on a terrorist refuge in eastern Afghanistan.

While reveling in the use of such weaponry, Trump, by slashing federal funding for critical scientific research, is already demolishing the foundations for the military-industrial complex that Eisenhower’s successors, Republican and Democratic alike, so sedulously maintained for the last half-century. While China is ramping up its scientific research across the board, Trump has proposed what the American Association for Advancement of Science called “deep cuts to numerous research agencies” that will mean the eventual loss of the country’s technological edge. In the emerging field of artificial intelligence that will soon drive space warfare and cyber-warfare, the White House wants to reduce the 2018 budget for this critical research at the National Science Foundation to a paltry $175 million, even as Beijing is launching “a new multi-billion-dollar initiative” linked to building “military robots.”