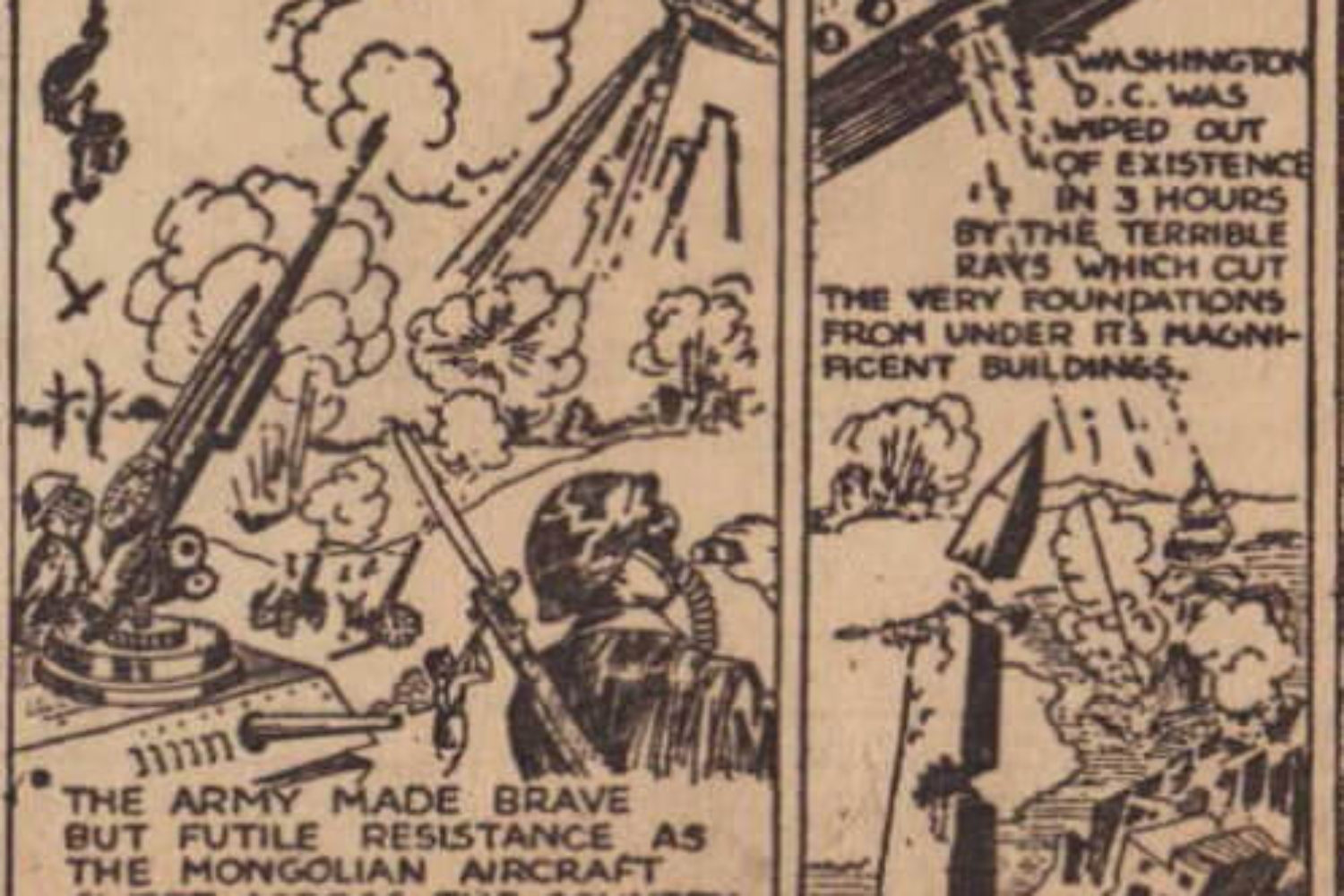 Or Buck Rogers in the 21st Century
By Alfred W. McCoy

[This piece has been adapted and expanded from Alfred W. McCoy’s new book, In the Shadows of the American Century: The Rise and Decline of U.S. Global Power.]

WN: Perhaps without commentary, I shall cite Psalm 2 – but for this: please read my Home page for indication of the Judeo-Christian Story as counter-narrative to Empire.

1 Why do the nations conspire[a]
and the peoples plot in vain?
2 The kings of the earth rise up
and the rulers band together
against the Lord and against his anointed, saying,
3 “Let us break their chains
and throw off their shackles.”

4 The One enthroned in heaven laughs;
the Lord scoffs at them.
5 He rebukes them in his anger
and terrifies them in his wrath, saying,
6 “I have installed my king
on Zion, my holy mountain.”

7 I will proclaim the Lord’s decree:

He said to me, “You are my son;
today I have become your father.
8 Ask me,
and I will make the nations your inheritance,
the ends of the earth your possession.
9 You will break them with a rod of iron[b];
you will dash them to pieces like pottery.”

10 Therefore, you kings, be wise;
be warned, you rulers of the earth.
11 Serve the Lord with fear
and celebrate his rule with trembling.
12 Kiss his son, or he will be angry
and your way will lead to your destruction,
for his wrath can flare up in a moment.
Blessed are all who take refuge in him.

Back in the 21st Century

Now imagine us back in the 21st century.  It’s 2030 and an American “triple canopy” of pervasive surveillance systems and armed drones already fills the heavens from the lower stratosphere to the exo-atmosphere. It can deliver its weaponry anywhere on the planet with staggering speed, knock out enemy satellite communications at a moment’s notice, or follow individuals biometrically for great distances. It’s a wonder of the modern age. Along with the country’s advanced cyberwar capacity, it’s also the most sophisticated military information system ever created and an insurance policy for global dominion deep into the twenty-first century.

That is, in fact, the future as the Pentagon imagines it and it’s actually under development, even though most Americans know little or nothing about it. They are still operating in another age, as was Mitt Romney during the 2012 presidential debates when he complained that “our Navy is smaller now than at any time since 1917.”

With words of withering mockery, President Obama shot back: “Well, Governor, we also have fewer horses and bayonets, because the nature of our military’s changed… the question is not a game of Battleship, where we’re counting ships. It’s what are our capabilities.” Obama then offered just a hint of what those capabilities might be: “We need to be thinking about cyber security. We need to be talking about space.”

Indeed, working in secrecy, the Obama administration was presiding over a revolution in defense planning, moving the nation far beyond bayonets and battleships to cyberwarfare and the future full-scale weaponization of space.  From stratosphere to exosphere, the Pentagon is now producing an armada of fantastical new aerospace weapons worthy of Buck Rogers.

In 2009, building on advances in digital surveillance under the Bush administration, Obama launched the U.S. Cyber Command.  Its headquarters were set up inside the National Security Agency (NSA) at Fort Meade, Maryland, and a cyberwar center staffed by 7,000 Air Force employees was established at Lackland Air Base in Texas. Two years later, the Pentagon moved beyond conventional combat on air, land, or sea to declare cyberspace both an offensive and defensive “operational domain.” In August, despite his wide-ranging attempt to purge the government of anything connected to Barack Obama’s “legacy,” President Trump implemented his predecessor’s long-delayed plan to separate that cyber command from the NSA in a bid to “strengthen our cyberspace operations.”

And what is all this technology being prepared for? In study after study, the intelligence community, the Pentagon, and related think tanks have been unanimous in identifying the main threat to future U.S. global hegemony as a rival power with an expanding economy, a strengthening military, and global ambitions: China, the home of those denizens of the Gobi Desert who would, in that old Buck Rogers fable, destroy Washington four centuries from now. Given that America’s economic preeminence is fading fast, breakthroughs in “information warfare” might indeed prove Washington’s best bet for extending its global hegemony further into this century — but don’t count on it, given the history of techno-weaponry in past wars.

The Future of Wonder Weapons

By the mid-2020s, if the military’s dreams are realized, the Pentagon’s triple-canopy shield should be able to atomize a single “terrorist” with a missile strike or, with equal ease, blind an entire army by knocking out all of its ground communications, avionics, and naval navigation. It’s a system that, were it to work as imagined, just might allow the United States a diplomatic veto of global lethality, an equalizer for any further loss of international influence.

But as in Vietnam, where aerospace wonders could not prevent a searing defeat, history offers some harsh lessons when it comes to technology trumping insurgencies, no less the fusion of forces (diplomatic, economic, and military) whose sum is geopolitical power. After all, the Third Reich failed to win World War II even though it had amazingly advanced “wonder weapons,” including the devastating V-2 missile, the unstoppable Me-262 jet fighter, and the ship-killing Hs-293 guided missile.

Washington’s dogged reliance on and faith in military technology to maintain its hegemony will certainly guarantee endless combat operations with uncertain outcomes in the forever war against terrorists along the ragged edge of Asia and Africa and incessant future low-level aggression in space and cyberspace. Someday, it may even lead to armed conflict with rivals China and Russia.

Whether the Pentagon’s robotic weapon systems will offer the U.S. an extended lease on global hegemony or prove a fantasy plucked from the frames of a Buck Rogers comic book, only the future can tell. Whether, in that moment to come, America will play the role of the indomitable Buck Rogers or the Martians he eventually defeated is another question worth asking.  One thing is likely, however: that future is coming far more quickly and possibly far more painfully than any of us might imagine.

Alfred W. McCoy, a TomDispatch regular, is the Harrington professor of history at the University of Wisconsin-Madison. He is the author of the now-classic book The Politics of Heroin: CIA Complicity in the Global Drug Trade, which probed the conjuncture of illicit narcotics and covert operations over 50 years, and the just-published In the Shadows of the American Century: The Rise and Decline of U.S. Global Power (Dispatch Books) from which this piece is adapted.

Follow TomDispatch on Twitter and join us on Facebook. Check out the newest Dispatch Book, John Dower’s The Violent American Century: War and Terror Since World War II, as well as John Feffer’s dystopian novel Splinterlands, Nick Turse’s Next Time They’ll Come to Count the Dead, and Tom Engelhardt’s Shadow Government: Surveillance, Secret Wars, and a Global Security State in a Single-Superpower World.