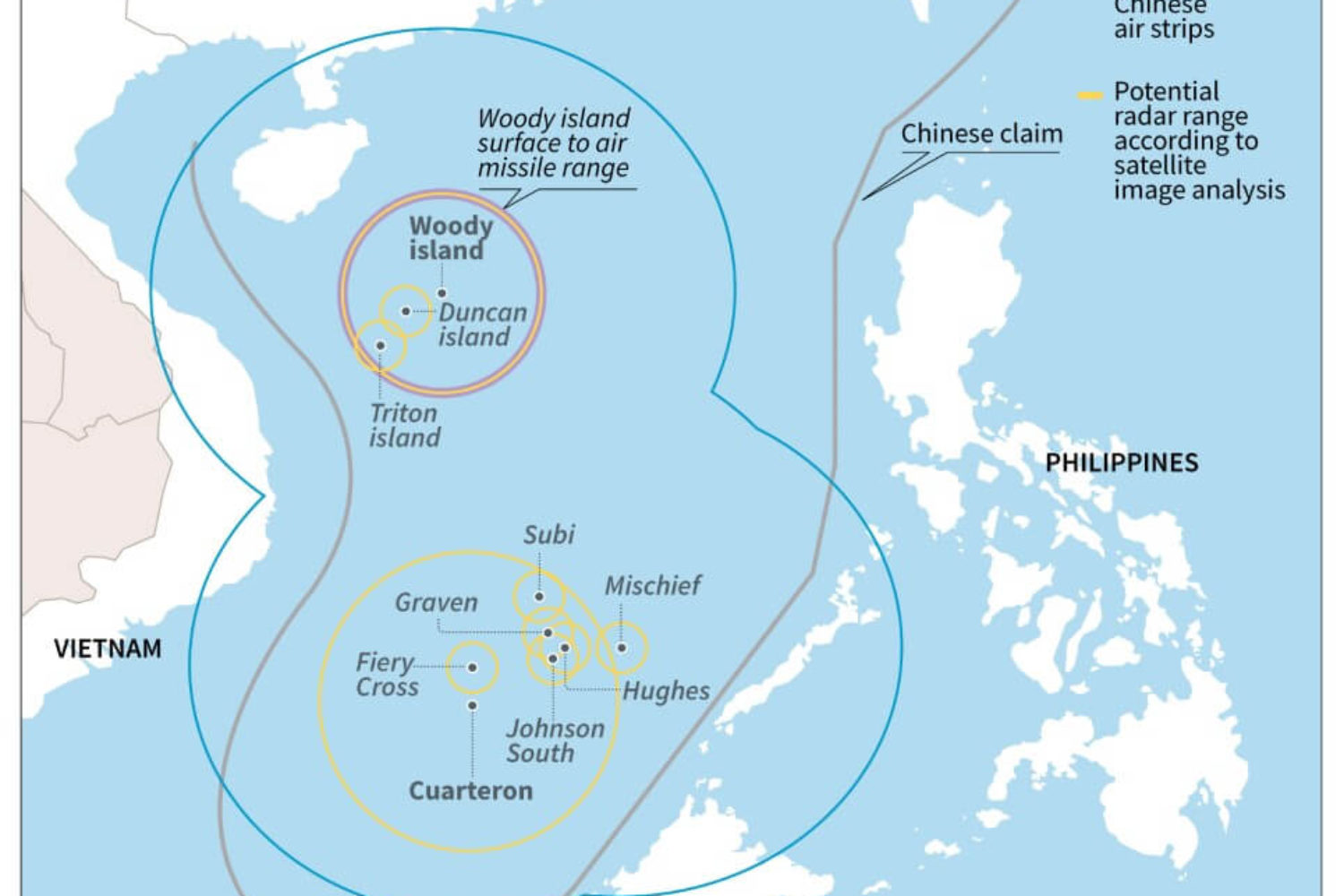 “We’re Going to War in the South China Sea…”

Facing off against China, President Trump could find himself in a similar predicament, having so emphasized his toughness, his determination to regain America’s lost respect and make the country great again.  The bigger problem, however, will undoubtedly be his own narcissism and his obsession with winning, not to mention his inability to resist sending incendiary messages via Twitter.  Just try to imagine for a moment how a president who blows his stack during a getting-to-know-you phone call with the prime minister of Australia, a close ally, is likely to conduct himself in a confrontation with a country he’s labeled a prime adversary.

In the event of a military crisis between China and the United States, neither side may want an escalation, to say nothing of a nuclear war.  Yet Trump’s threats to impose 45% tariffs on Chinese exports to the U.S. and his repeated condemnation of China as a “currency manipulator” and stealer of American jobs have already produced a poisonous atmosphere between the world’s two most powerful countries.  And it was made worse by his December phone conversation with Taiwan’s president, Tsai Ing-wen, which created doubts about his commitment to the One China policy the United States has adhered to since 1972.  The Chinese authorities apparently made it clear to the White House that there couldn’t even be a first-time phone call to Xi unless the new president agreed to stick with that policy. During a conversation with the Chinese president on February 9th, Trump reportedly provided that essential assurance. Given the new American president’s volatility, however, Beijing will be playing close attention to his words and actions, even his symbolic ones, related to Taiwan.

Sooner or later, if Trump doesn’t also dial down the rest of his rhetoric on China, its leaders will surely ratchet up theirs, thereby aggravating the situation further.  So far, they’ve restrained themselves in order to figure Trump out — not an easy task even for Americans — and in hopes that his present way of dealing with the world might be replaced with something more conventional and recognizable.  Hope, as they say, springs eternal, but as of now, in repeatedly insisting that China must do as he says, Trump and his surrogates have inserted themselves and the country into a complicated territorial dispute far from America’s shores.  The hubris of Washington acting as the keeper of world order, but regularly breaking the rules as it wishes, whether by invading Iraq in 2003 or making open use of torture and a global network of secret prisons, is an aspect of American behavior long obvious to foreign powers.  It looks to be the essence of Trumpism, too, even if its roots are old indeed.

Don’t dismiss the importance of heated exchanges between Washington and Beijing in the wake of Trump’s election.  The political atmosphere between rival powers, especially those with massive arsenals, can matter a great deal when they face off in a crisis.  Pernicious stereotypes and mutual mistrust only increase the odds that crucial information will be misinterpreted in the heat of the moment because of entrenched beliefs that are immune to contrary evidence, misperceptions, worst-case calculations, and up-the-ante reactions.  In academic jargon, these constitute the ingredients for a classic conflict spiral.  In such a situation, events take control of leaders, producing outcomes that none of them sought.  Not for nothing during the Cuban Missile Crisis of 1962 did President John Kennedy look to Barbara Tuchman’s book, Guns of August — a gripping account of how Europe slipped and slid into a disastrous world war in 1914.

There has been lots of anxiety about the malign effects that Donald Trump’s temperament and beliefs could have domestically, and for good reason.  But in domestic politics, institutions and laws, civic organizations, the press, and public protests can serve, however imperfectly, as countervailing forces.  In international politics, crises can erupt suddenly and unfold rapidly —  and the checks on rash behavior by American presidents are much weaker.  They have considerable leeway to use military force (having repeatedly circumvented the War Powers Act).  They can manipulate public opinion from the Bully Pulpit and shape the flow of information. (Think back to the Iraq war.)  Congress typically rallies reflexively around the flag during international crises.  In such moments, citizens’ criticism or mass protest invites charges of disloyalty.