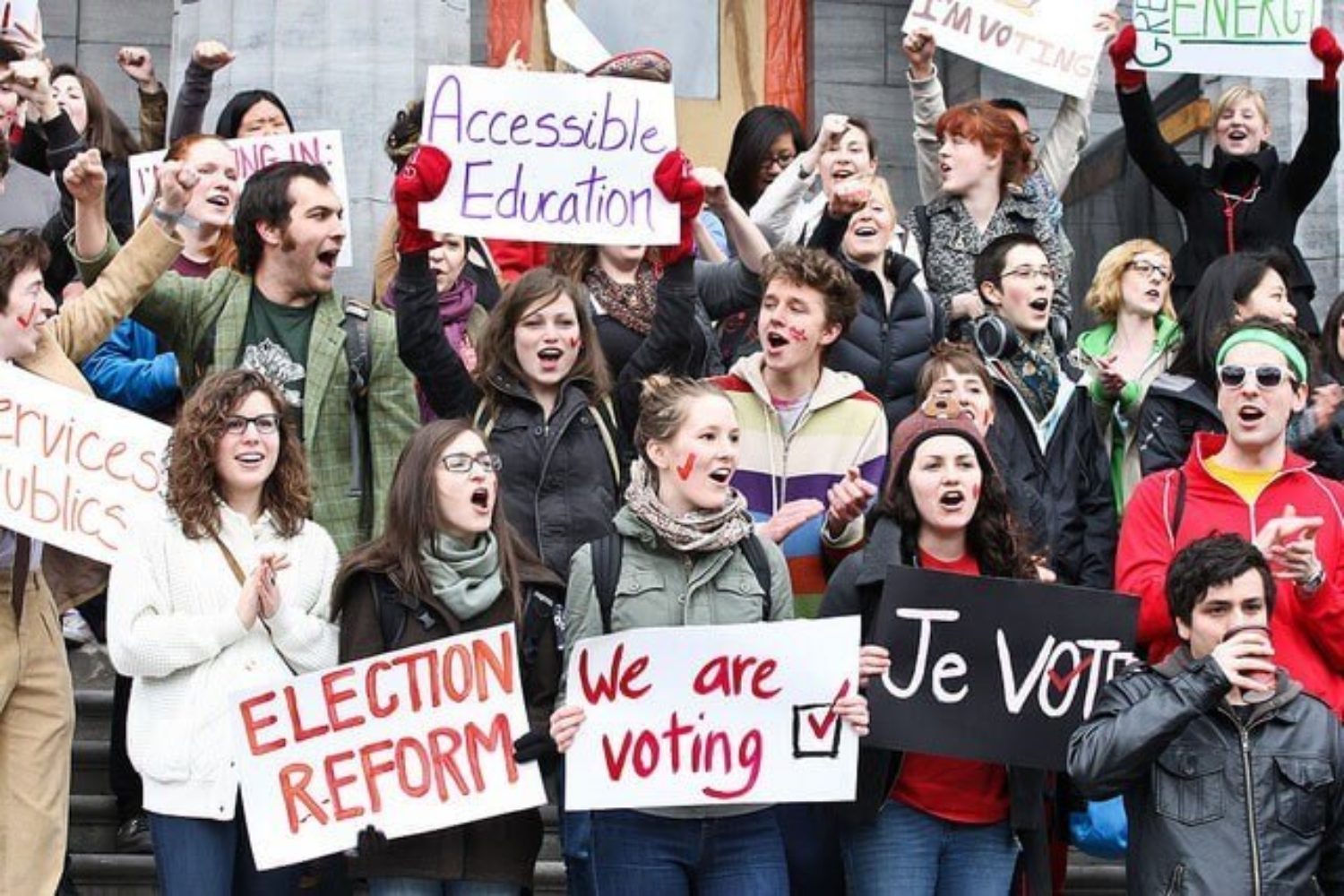 You will enjoy John Oliver’s take on Canada’s 2015 election.
an excerpt:

Justin Trudeau and the Liberal Party took power with a majority government, taking 184 seats, a huge increase from the 36 seats the party held under the previous government. The Conservative Party lost 60 seats, dropping to second place with 99 seats in the House of Commons, with the remaining seats shared among the New Democratic Party, or NDP (44 seats), Bloc Québécois (four seats) and the Green Party (one seat).

For Carmichael, the influence of Every Vote Counts’ campaign on the election was clear from the start: “Justin Trudeau launched his electoral campaign with our tagline which says ‘We will make every vote count.'”

The electoral reform committee formed by the Trudeau government met for the first time on June 21, with meetings expected to continue throughout the summer. While the Liberal Party initially planned to hold a majority of the committee’s 12 seats, under pressure from other parties, it reduced its presence to just five seats, with three seats going to the Conservative Party, two seats to the NDP, and one each to Bloc Québécois and the Greens.