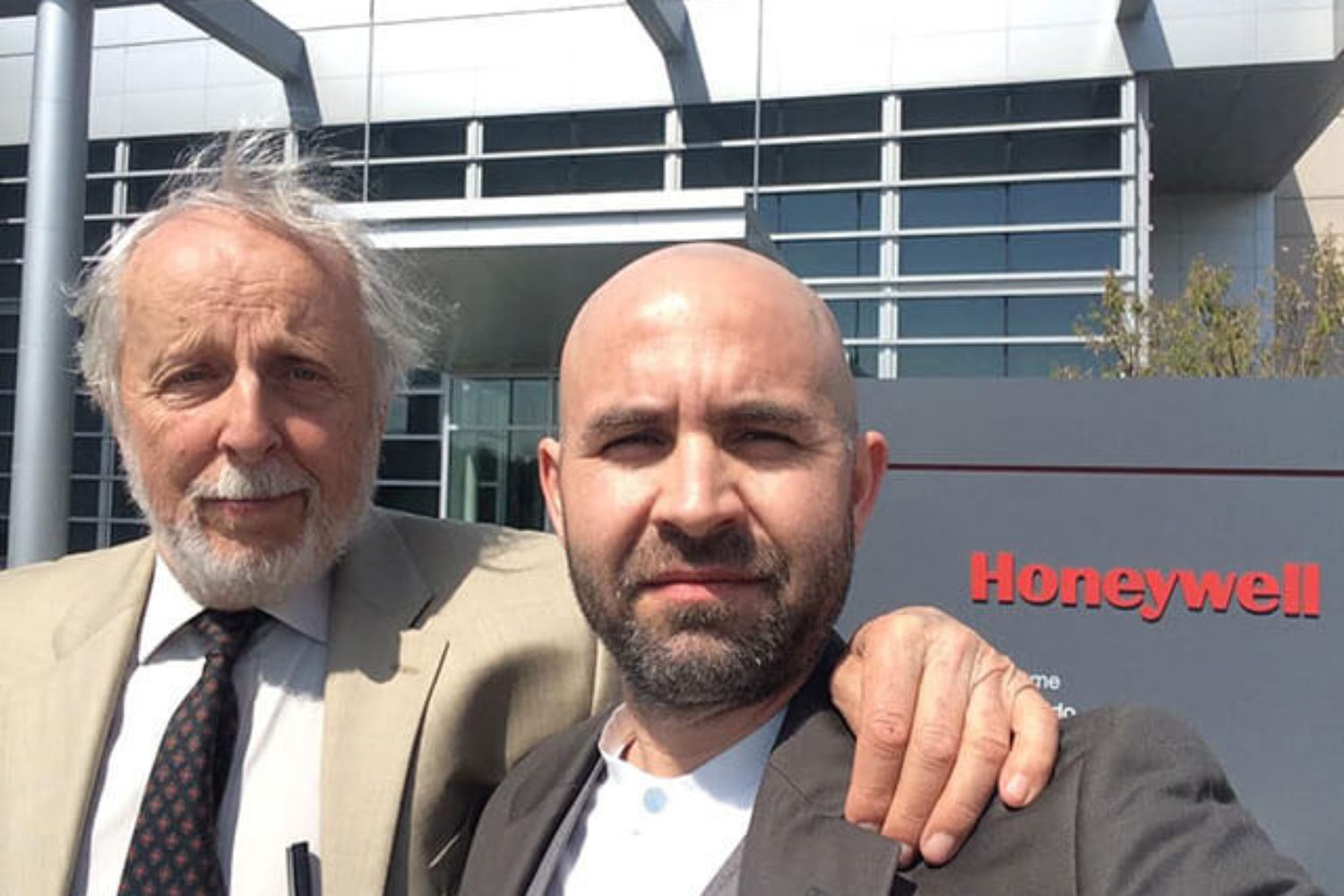 photo above: Chris Antal and Nick Mottern stand outside Honeywell on the day they attended the shareholders meeting. (Photo: Chris Antal)

“Broken at the Top,” an April 2016 report by Oxfam America, suggests that the “substantial portion” of Honeywell’s offshore cash between 2008 and 2014 amounted to $15 billion, and that its effective tax rate during that period was 26.6 percent, compared to the statutory rate of 35 percent. During this period, Honeywell received $50.3 billion in federal loans, bailouts and loan guarantees, according to the report, and spent $44 million on lobbying.

Honeywell is not alone in this, says the Oxfam report:

Tax dodging by multinational corporations costs the US approximately $111 billion each year. But these schemes do not just harm the US. The same tactics corporations use to dodge US tax sap an estimated $100 billion every year from poor countries, preventing crucial investments in education, healthcare, infrastructure, and other forms of poverty reduction. The harm done to Americans and people living in poor countries by corporate tax dodging are two sides of the same coin.