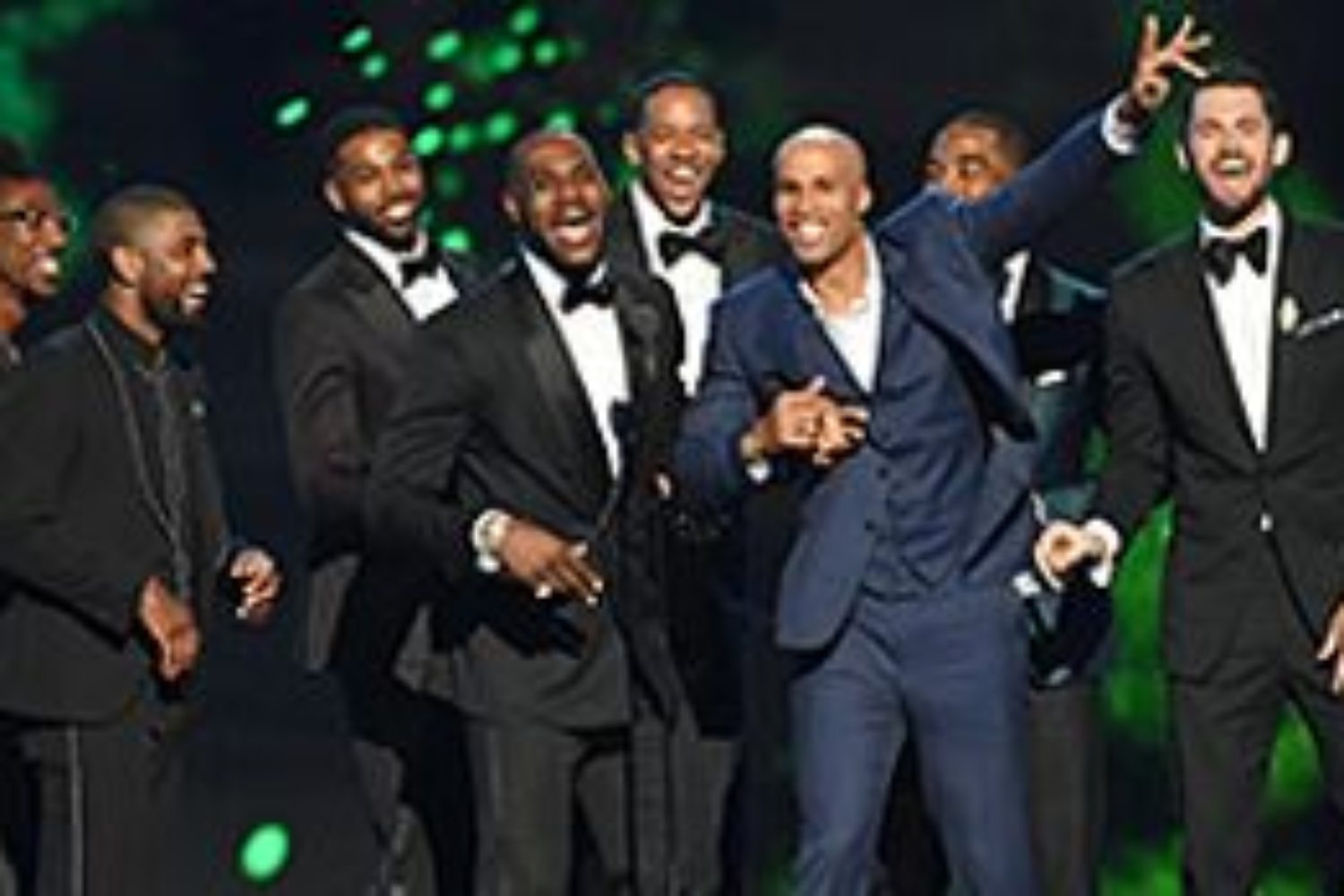 “The urgency to create change is at an all-time high.”

Read the text, and watch the video (linked below) of the four honoured athletes who articulately and straightforwardly call for all gun violence to end: in particular by police, and in retaliation for police killings of Blacks.

ESPY is short for: Excellence in Sports Performance Yearly, and an “ESPY Award” is an accolade currently presented by the American broadcast television network ABC, and previously ESPN, to recognize individual and team athletic achievement and other sports-related performance during the calendar year preceding a given annual ceremony.

As the broadcast started Wednesday, NBA stars Carmelo Anthony, Chris Paul, Dwyane Wade and LeBron James took the stage silently with their hands folded. No posters behind them. No bells and whistles. No nothing. Just four successful, hard-working black men, pleading with their country for some sanity in the wake of the deaths of Alton Sterling and Philando Castile.

“The events of the past week have put a spotlight on the injustice, destruction and anger that plague so many of us,” Anthony said. “We cannot ignore the realities of the current state of America.”

“The system is broken,” Anthony added “The problems are not new. The violence is not new. And the racial divide definitely is not new. But the urgency to create change is at an all-time high.”