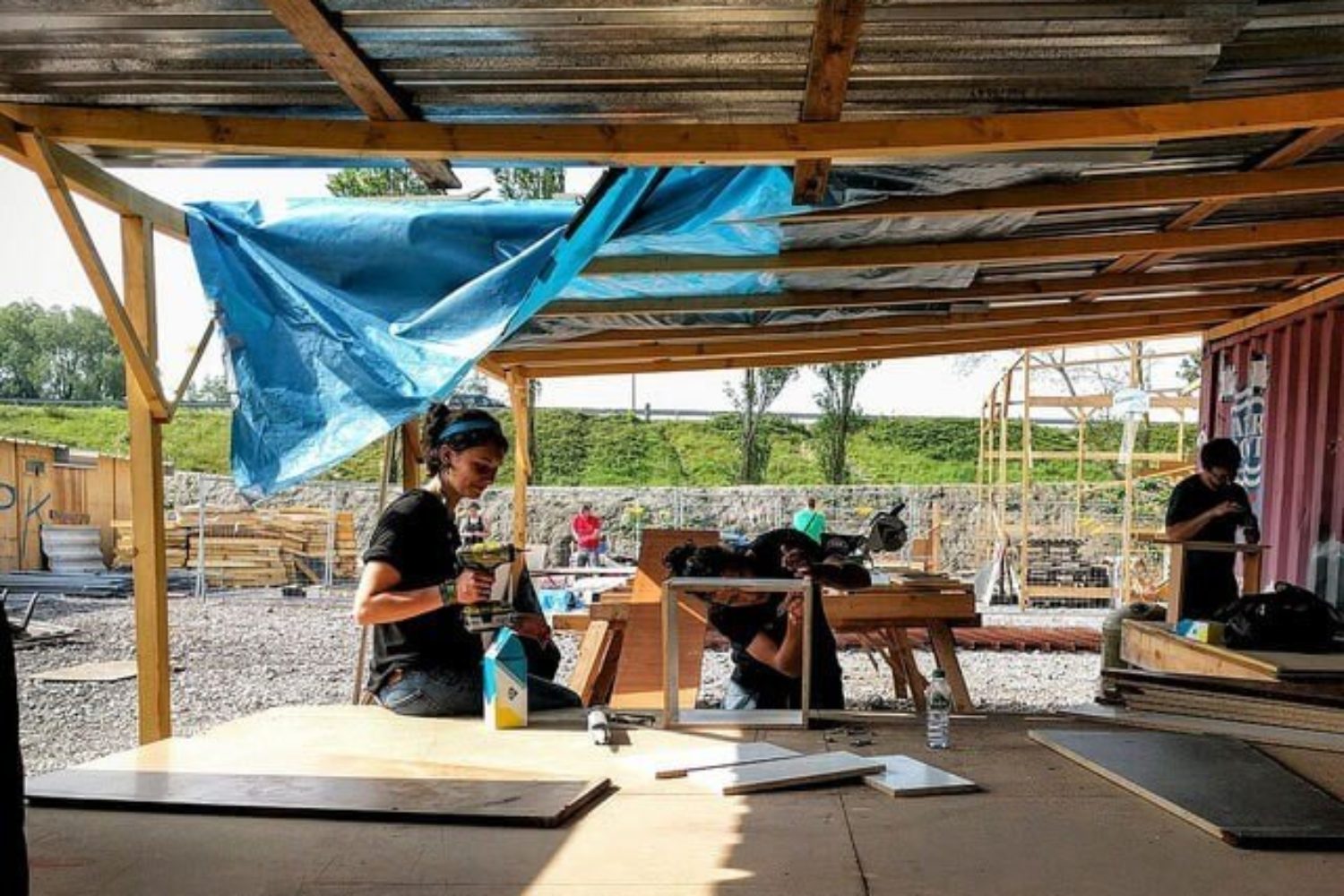 photo above: Volunteers work at the refugee camp in Grande-Synthe, France, on May 11, 2016. (Photo: OSCE Parliamentary Assembly)

Grande-Synthe, in the north of France, is one of the very few French towns that welcome hundreds of migrants with dignity and respect. Despite 28 percent unemployment of its active population and a third of households living below the poverty line, Grande-Synthe is also a place where ambitious environmental and social policies are conducted. Mayor Damien Carême and his team support a popular university in the service of the town’s residents, have created the first renewable energy stadium in France and are building an eco-neighborhood accessible to the poor. Their political resolution is compounded by solidarity with refugees en route to the United Kingdom, making the experience of Grande-Synthe’s refugees very different from the fate reserved for migrants in Calais’ nearby seedy shantytowns.

Up until recently, Carême was much less well-known than his hard right Calais colleague Natacha Bouchart, an associate of former French President Nicolas Sarkozy. However, like Bouchart, the environmentalist mayor of Grande-Synthe has had to manage the arrival in his community over the last year — and in comparable proportions — of a significant number of migrants who wish to go to the United Kingdom. For the most part, they are Iraqi Kurds. The migrants comprised 10 percent of the local population — 21,000 residents — in December 2015. The humane and determined response of Carême and his team in the face of a humanitarian crisis unprecedented since World War II terminates any comparison with Calais right there. The town of Grande-Synthe has created the first French camp that complies with United Nations High Commissioner for Refugees’ norms. That highly publicized episode — the creation of the camp — has, moreover, revealed a town pioneering in its territorial planning, which endeavors to combine ecology and the fight against social inequalities.