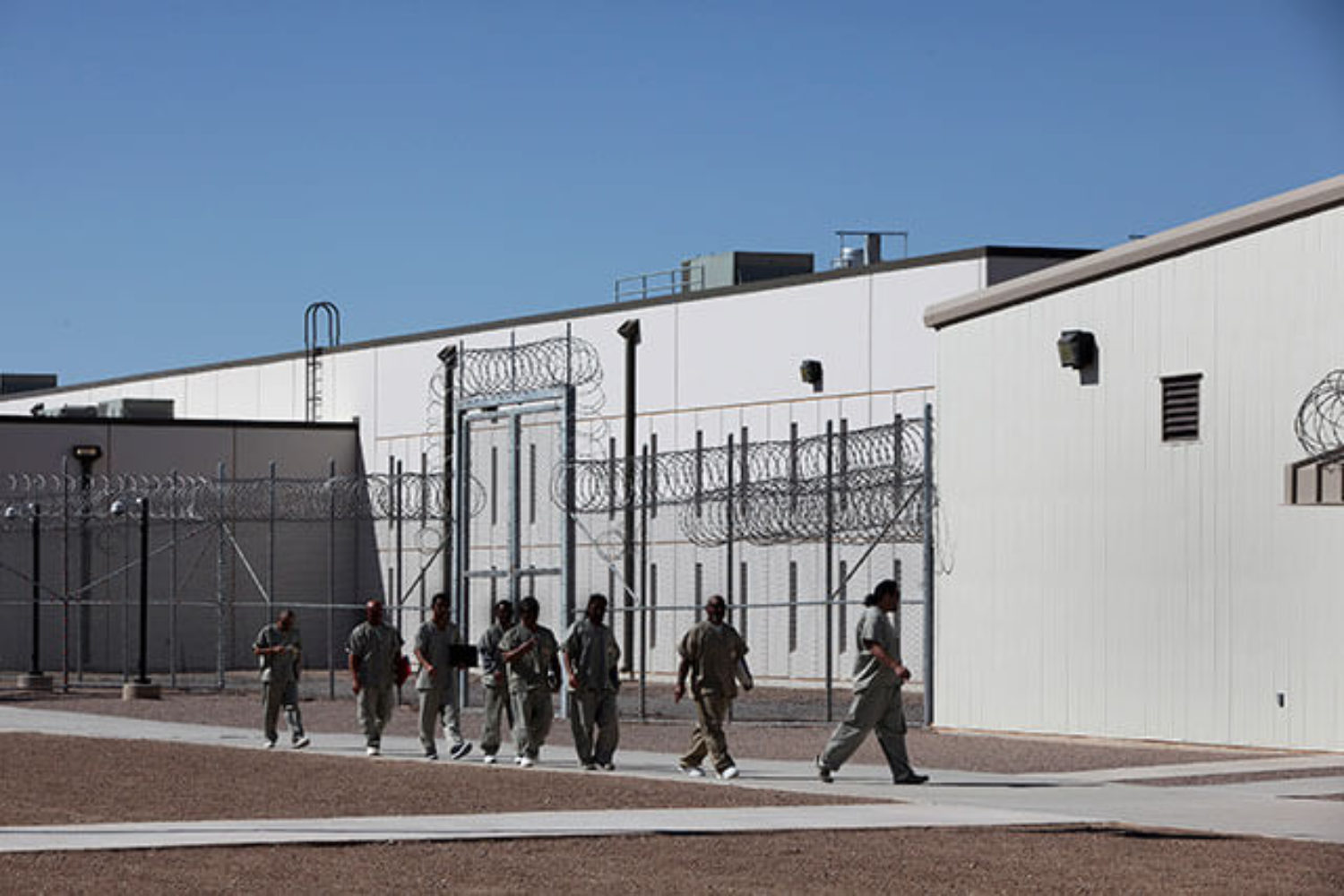 photo above: Prisoners walk across the prison yard of Saguaro Correctional Center, a private prison in Eloy, Arizona, on October 16, 2009. (Monica Almeida / The New York Times)

The US Department of Justice’s decision to no longer use private prisons for its federal prisoners is a groundbreaking first step, but the August 18 announcement doesn’t spell the end to private prisons: Private prison corporations will continue to control 46 immigration detention centers that detain nearly 25,000 people (or 62 percent of the country’s 33,676 immigrant detainees) on any given day.

It is perhaps telling that in the hours after the announcement made headlines yesterday, stock prices for both Corrections Corporation of America (CCA) and GEO Group, two of the country’s largest private prison corporations, dropped 40 percent, but by today they had started to climb again.

In the Department of Justice’s memo on August 18, Deputy Attorney General Sally Yates instructed officials to decline to renew contracts with private prison operators when they expire or to “substantially reduce” the contracts’ scope. Her reasoning was that private prisons “simply do not provide the same level of correctional services, programs and resources,” “do not substantially save on costs,” and “do not maintain the same level of safety and security” as the prisons operated by the Bureau of Prisons (BOP). The decision impacts 13 privately run federal prisons and approximately 22,600 federal prisoners.