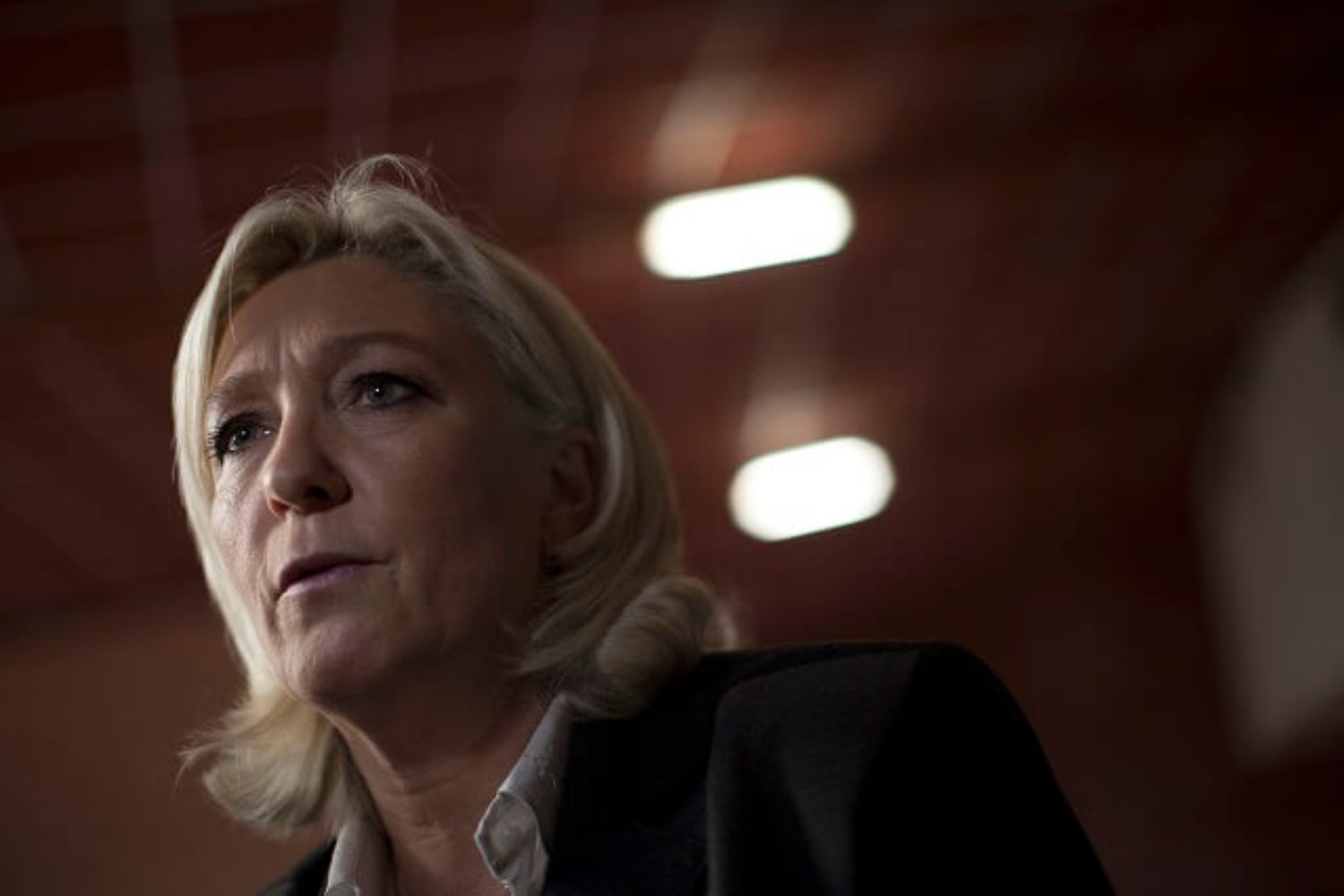 photo above: Marine Le Pen, the leader of the National Front, the largest far-right party in France, speaks to reporters at a political meeting in Perpignan, France, February 15, 2014. Under Le Pen, the daughter of the party’s founder, the National Front has moved from the fringe to the center of French politics by “softening” the party’s xenophobic image. (Photo: Pierre Terdjman / New York Times)

The US economy would take a massive dive, having so much of its financial sector tied up in the debt schemes of the Eurozone. Debts owed to Germany by the periphery countries would finally be defaulted on, liquidity would dry up, and most importantly, significant political shifts would drive people further to the poles of discourse. As Europe’s economy tanks, Fascist parties across the continent currently polling between 3 and 10 percent of electoral results across Europe would likely surge, as would, hopefully, a mobilization of the left.

Many of us have been sounding the alarm for some time about the interconnected nature of this right-wing wave stemming from shifts in the global economy, rising racism and xenophobia, the crisis facing the EU, eroding legitimacy of mainstream media and “insider” government, and resurgent nationalism in the face of a “globalist” agenda. For many (from both sides of the political divide), conspiracy has taken the place of researched analysis, and assumption and rumor weigh heavier than fact. These are signs of the times, and they are pushing far-right politics in places few expected they could thrive.

With this understanding, the next four years will not happen in a vacuum but in a highly volatile and rapidly changing global economic and political order. Trump’s association with the Russian oligarchy and Russian state, increasingly tied to Europe’s far-right, will start to matter. While Russian banks have helped finance Le Pen’s National Front, the current Dutch government is trying hard in the space before March to reverse the results of an April referendum rejecting the EU’s agreement to bring Ukraine further into the European sphere.