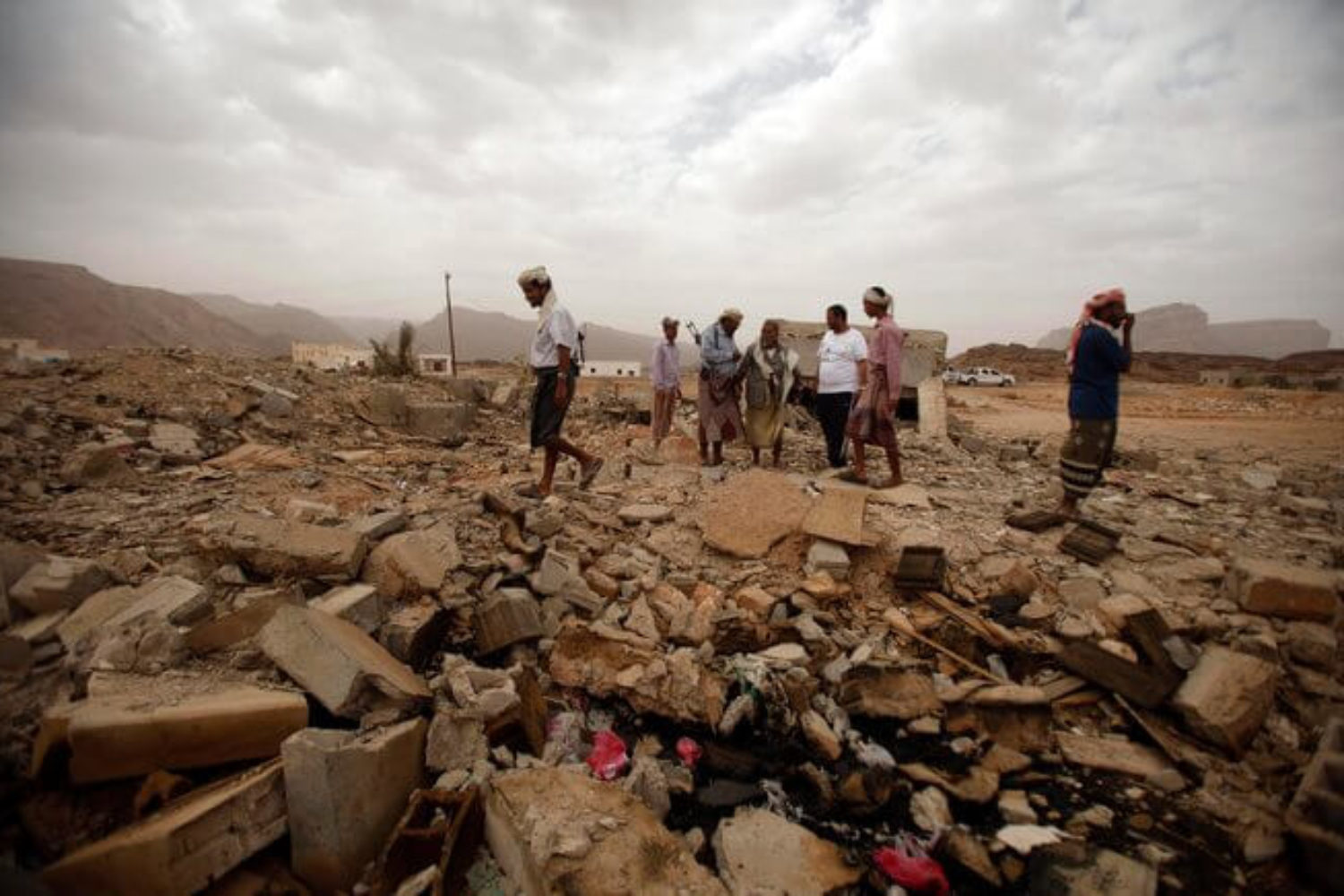 photo above: The rubble of a building that was destroyed in Yemen by a drone strike in 2011 against Qaeda militants, including Anwar al-Awlaki, the only one of eight American drone victims over all who was a target. Credit Khaled Abdullah/Reuters

Can one deny the accusation that President Obama and his advisers are repeat cold-blooded mass serial murderers – with absolute impunity?

Military and intelligence officials said they did not know that the teenagers were present when they took a shot at a Qaeda operative who, it turned out, was not there. But such admissions, in the rare cases that officials were willing to discuss, undercut their argument that in most cases they were confident that they were killing only dangerous militants.

Most security experts still believe that drones, which allow a scene to be watched for hours or days through video feeds, still offer at least the chance of greater accuracy than other means of killing terrorists. By most accounts, conventional airstrikes and ground invasions kill a higher proportion of noncombatants. But without detailed, reliable, on-the-ground intelligence, experience has shown, drones make it possible to precisely kill the wrong people.

Mr. Zenko said that an average of separate counts of American drone strikes by three organizations, the New America Foundation, the Bureau of Investigative Journalism and The Long War Journal, finds that 522 strikes have killed 3,852 people, 476 of them civilians. But those counts, based on news accounts and some on-the-ground interviews, are considered very rough estimates.

The proliferating mistakes have given drones a sinister reputation in Pakistan and Yemen and have provoked a powerful anti-American backlash in the Muslim world. Part of the collateral damage in the strikes has been Mr. Obama’s dream of restoring the United States’ reputation with Muslims around the globe.