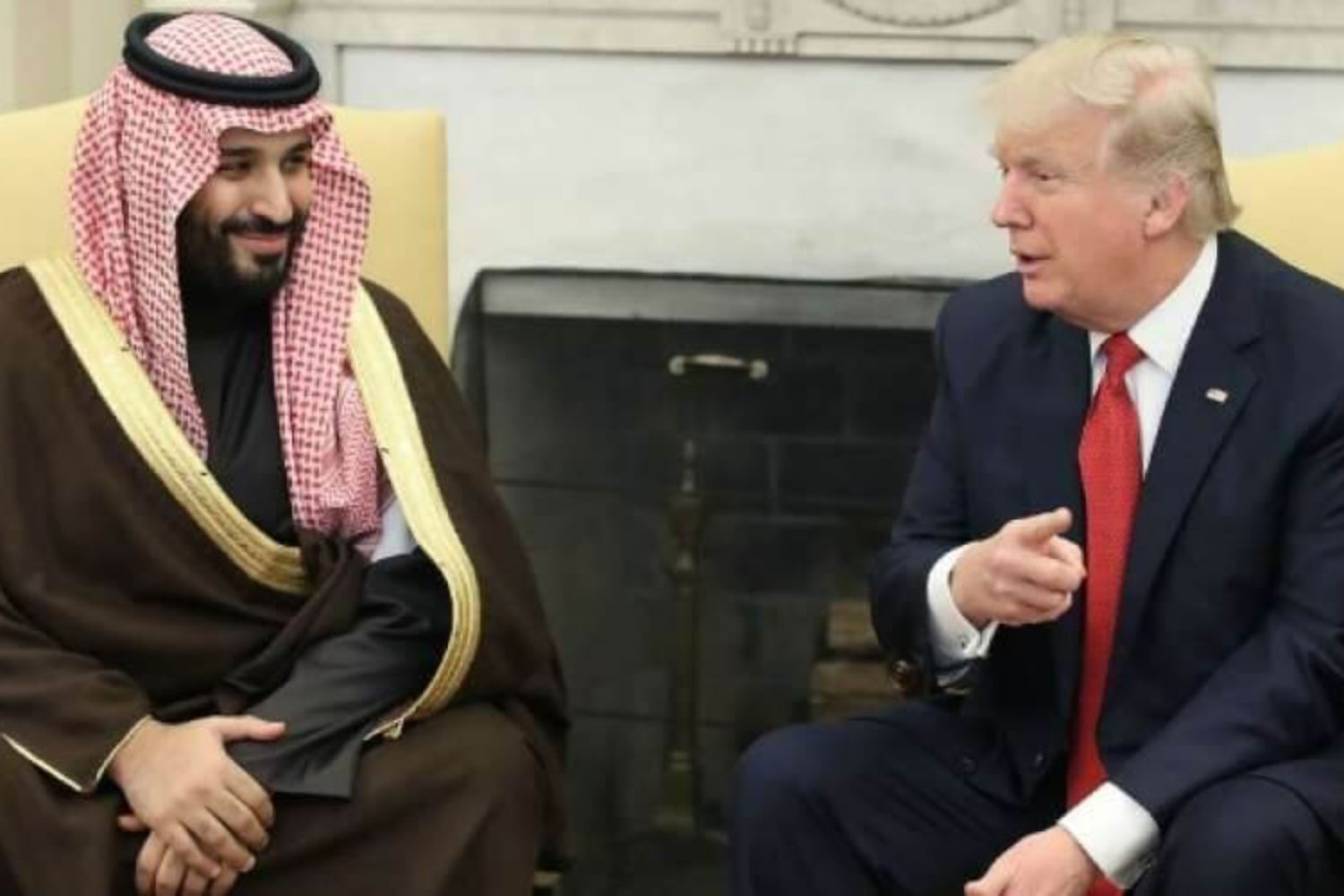 Such a scenario means that the entire region—from the Mediterranean Sea to the Hindu Kush mountains—will be plunged deeper into war.

photo above: Saudi Arabia continues to insist that the September 14 attack on its oil facilities came from Iran, and not from Yemen. This is despite the fact that both the civilian and the military authorities in Iran have denied that they conducted the successful raid on the Saudi airfields. (Photo: Mark Wilson/Getty Images)

WN: May God have mercy!

On CBS’s “60 Minutes,” the Saudi Crown Prince Mohammed bin Salman, the architect of his kingdom’s brutal war on Yemen, suggested that a war against Iran would be a bad idea. It could, he said, lead to a “total collapse of the global economy.” The region that includes Saudi Arabia and Iran contains about a third of the world’s energy reserves, and a fifth of its oil goes through the Strait of Hormuz—one of the flashpoints of our present. MBS, as the prince is known, used the interview to urge the West to put more pressure on Iran. With a broad and sinister smile, he suggested that if the West did not succeed, then Saudi Arabia would be impelled to act against Iran.

Saudi Arabia continues to insist that the September 14 attack on its oil facilities came from Iran, and not from Yemen. This is despite the fact that both the civilian and the military authorities in Iran have denied that they conducted the successful raid on the Saudi airfields. Instead, the Houthis in Yemen said that they did do the raid; they said that if the Saudis continue their aerial bombardment of Yemen, such drone strikes would become more common.

As CBS broadcast its interview with MBS, the Houthis released a video that depicted its attack on Saudi troops in August. That attack, the Houthis said, killed at least 500 Saudi soldiers who were trapped and fired upon by drones. Saudi Arabia has not responded to this claim. This attack is the most audacious to date, showing how confident the Houthis have become in this war that has been ongoing for the past four years.

These two drone attacks show that the capability of the Houthis has increased. They have been able to strike genuine fear in the heart of Saudi Arabia, shutting down its oil production and lowering the morale of its troops. Saudi Arabia—with constant arms sales from the West—will be able to continue to bomb Yemen from the sky. But, by all indications, it is unlikely to be able to launch a ground invasion to overthrow the Houthis.

It does not matter that it was Saudi Arabia—through the Muslim World League (founded in 1962)—that broadcast the seeds that would eventually germinate as al-Qaeda. Every country with a Muslim World League office would provide the leadership and personnel for Osama bin Laden and his followers. This was from Indonesia to Chechnya. Over the course of decades, the Saudis cultivated the most dangerous elements in these societies, providing them with money, training, and the most reactionary version of Islam to form the detachments that would rain terror on their own societies and on the world.

Afghanistan, which remains in a terrible situation, is a case in point. The Saudis—with the full backing of the CIA—built up such despicable men as Gulbuddin Hekmatyar and Mohammed Yunis Khalis. Hekmatyar made his name in the engineering department of Kabul University by throwing acid on the faces of female students. This was the man who would be lifted up by the Saudis and the CIA as the face of the mujahideen resistance to the Afghan communists and then later to the USSR. These were men with a morbid sectarianism, great hatred for non-orthodox Muslims a central part of their political landscape. Assassination of minorities and intimidation of women governed their worldview.

Hekmatyar’s form of war was to bomb civilian areas so that silence welcomed his entry into towns and cities. He is known as the “Butcher of Kabul.” This is the caliber of people who are part of the Saudi-CIA network. Hekmatyar was so terrible that even the U.S. government—which supported him for decades—was forced to name him a terrorist in 2003.

Saudi Arabia’s tentacles run across the planet, and their battalions of terrorists became legendary after the attack on the United States in 2001. And yet, it is not Saudi Arabia (with its U.S. handlers) that is seen as the “main sponsor of terrorism” but Iran. It is a topsy-turvy diagnosis.

If the United States, Saudi Arabia, and Israel attack Iran—even in a limited way—the retaliation will be swift. It will come from many fronts:

Such a scenario means that the entire region—from the Mediterranean Sea to the Hindu Kush mountains—will be plunged deeper into war.

Instead of this, Iran has indicated that it prefers the road of diplomacy.

These are far better as a way ahead than the scenario that goes into full-fledged war. Pressure on the United States and Saudi Arabia to come to the table is minimal. The Europeans, who could ramp up the pressure, are convulsed by their own Brexit dilemmas, and by a weakness of resolve.

This article was produced by Globetrotter, a project of the Independent Media Institute.

Vijay Prashad is the Director of Tricontinental: Institute for Social Research and Chief Editor of LeftWord Books. He is a Writing Fellow and Chief Correspondent at Globetrotter, a project of the Independent Media Institute. He writes regularly for The Hindu, Frontline, Newsclick, and BirGün.