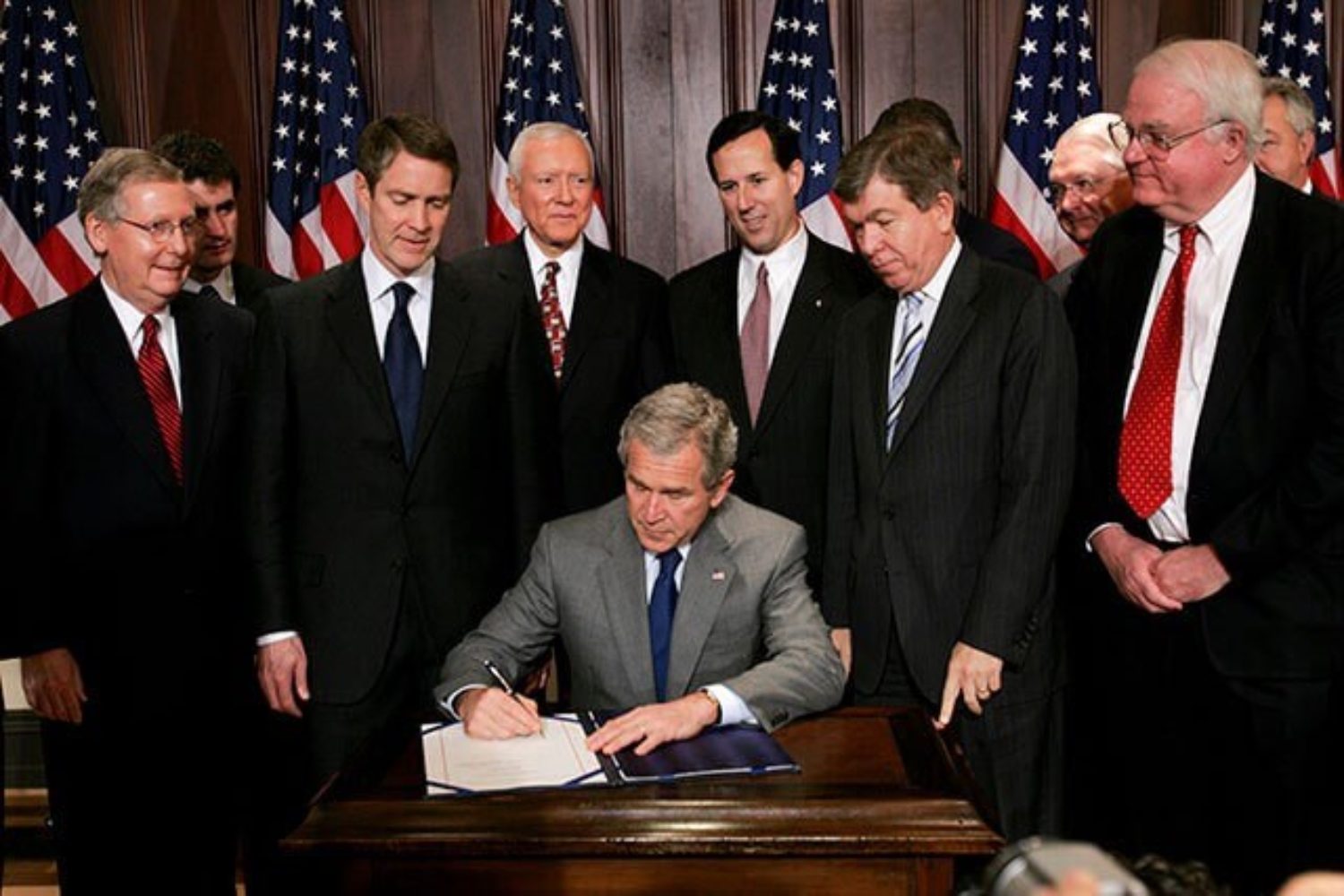 photo above: Congressional Republicans surround President George W. Bush as he signs the Protection of Lawful Commerce in Arms Act in the Eisenhower Executive Office Building near the White House, in Washington, October 26, 2005. (Stephen Crowley / The New York Times)

The article by Rebecca Gordon is an excerpt from the foreward of her new book (2016):

With the Nuremberg tribunal after World War II, the United States helped establish the international principles guiding the prosecution of war crimes. But the US refuses to apply these principles to itself. American Nuremberg makes the case for indicting the officials who have presided over torture, extraordinary rendition, drone assassinations and more since 9/11 in the name of national security.

We also began to get used to the idea that keeping us safe would require, as Vice President Dick Cheney put it, “working the dark side.” There were no real objections when Cofer Black, director of the CIA’s Counterterrorism Center, told Congress, “After September 11, the gloves come off.” Did we even blink when, on November 5, 2001, Newsweek’s liberal pundit Jonathan Alter wrote that it was “Time to think about torture”? There were a few cautionary remarks from people who cared about civil liberties. But eventually, most of us settled back into a new and extraordinary normal.

Meanwhile, behind the scenes, the war on terror was just getting started. By September 12, Vice President Cheney was already working on efforts to pin the 9/11 attacks on Saddam Hussein. By January 2002, the prison camp at Guantánamo Bay was established. By late 2002, those who wanted to could read stories of CIA kidnapping (“extraordinary rendition”) and torture (“stress and duress”) in the pages of the Washington Post or the New York Times. Soon after came the revelations of abuses at Abu Ghraib, Bagram Air Force Base, and dozens of CIA “dark sites” around the world. Then we heard about the “ghost prisoners” who died in US custody, about waterboarding, “rectal rehydration,” and mock executions. We heard about the people, including US citizens, assassinated on foreign soil by rockets fired from drone aircraft controlled by young American “pilots” sitting half a world away in the Nevada desert.