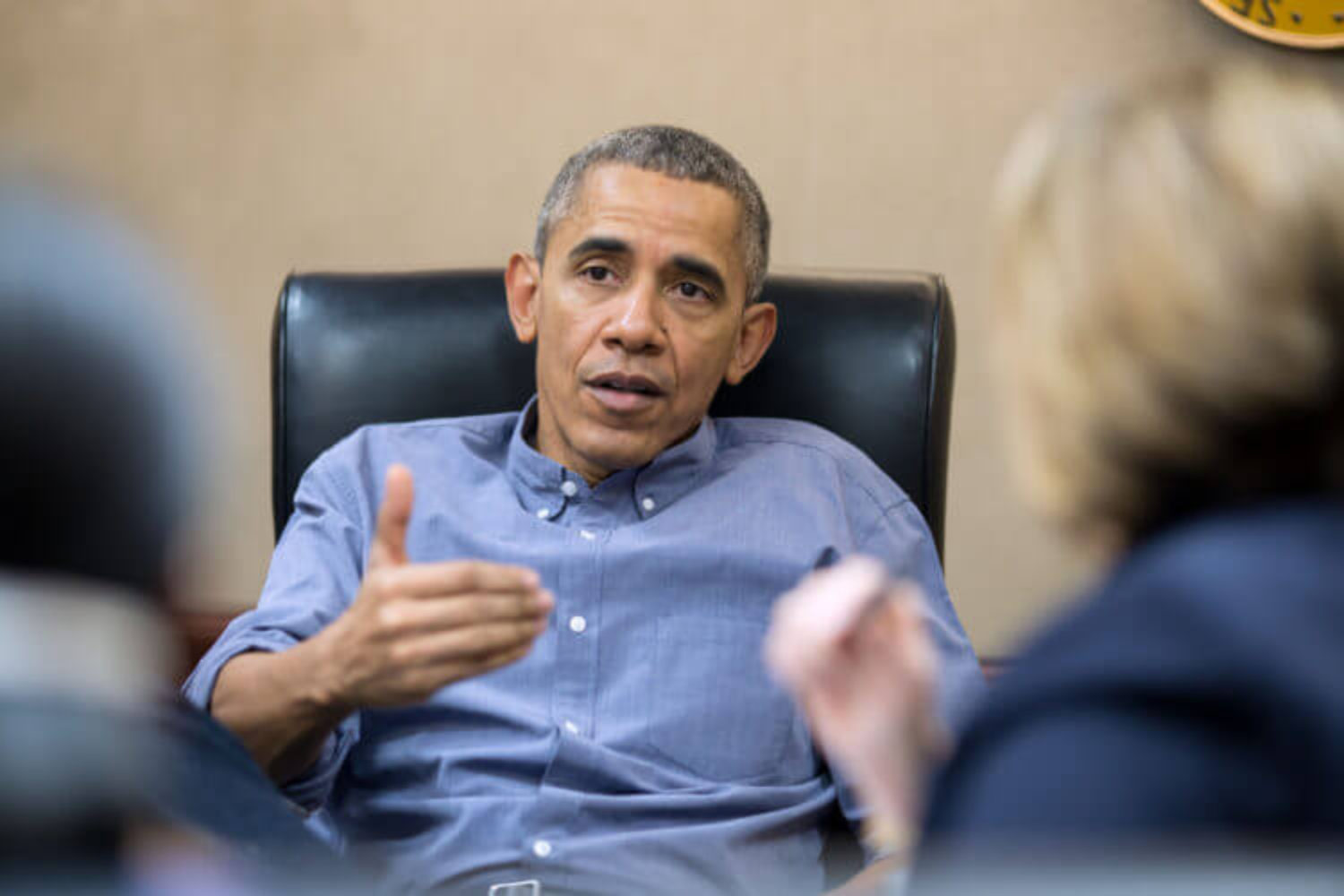 Listen to this article
photo above: President Barack Obama convenes a meeting in the Situation Room to discuss the latest on the San Bernardino, Calif., shootings, Saturday, Dec. 5, 2015. Photo by the White House on Flickr.

Obama and his administration are not only outright liars: they are mass serial killers with impunity. Under either Clinton or Trump, the scope of such mass murders will likely only increase.

President Barack Obama’s administration claims 64 to 116 “non-combatants” have been killed by CIA or United States military drone strikes. The number is preposterously low, and the best evidence yet of how the government propagandizes the public into believing drones are “precise” and rarely kill anyone but targeted “terrorists.”

The casualty counts, along with an executive order on “pre- and post-strike policies,” were released right before Fourth of July weekend, a clear act aimed at ensuring the least amount of attention was given to the administration’s latest effort to conceal the truth of who is killed by targeted assassinations.

There will now supposedly be a process for the U.S. government to grant condolence payments to families of civilians killed. If this even happens, there will be hundreds of civilians, whose families never are eligible to receive such payments because of the government’s process for post-strike reviews.

In response to this transparent act of government deception, Jennifer Gibson, an attorney for Reprieve, declared, “For three years now, President Obama has been promising to shed light on the CIA’s covert drone program. Today, he had a golden opportunity to do just that. Instead, he chose to do the opposite. He published numbers that are hundreds lower than even the lowest estimates by independent organizations.”

“The only thing those numbers tell us is that this administration simply doesn’t know who it has killed. Back in 2011, it claimed to have killed ‘only 60’ civilians,” Gibson added. “Does it really expect us to believe that it has killed only 4 more civilians since then, despite taking hundreds more strikes?”

Not a single civilian is named. It is a disgraceful offense to the families of civilians who have been killed.

Faisal bin Ali Jaber, a Yemeni engineer, who has sued the Obama administration for killing his family, reacted, “The Obama Administration is wrong to think that publishing statistics makes up for the pain his secret drone program has caused families like mine.”

“It’s no surprise that the White House didn’t bother to consult the victims of drone strikes before publishing these figures—the U.S. has never even acknowledged its role in the deaths of our loved ones. My brother-in-law was an Imam who was leading a campaign against al Qaida’s ideology, particularly their targeting of young boys,” Jaber said. “He spoke out against al Qaida in his sermons just few days before he was assassinated. We all expected that one day he would be killed by al Qaida, but instead he was killed by a U.S drone.”

“Obama’s secret drone wars have also killed schoolteachers, policemen, women, and children. What we need from President Obama is an apology—and a promise that these terrible crimes will not be repeated.”