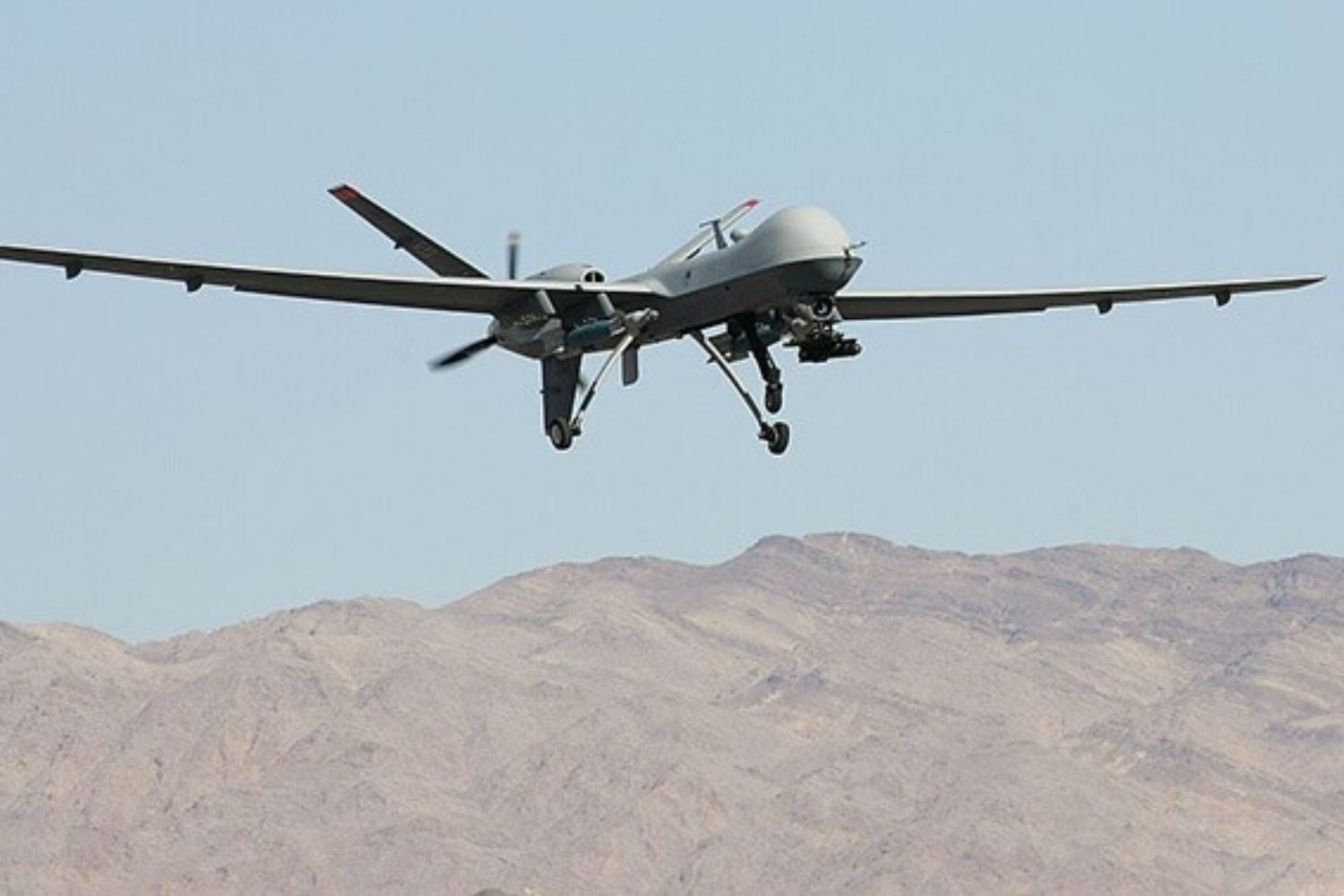 WN: Of course all Presidents by definition are mass murderers. Trump is on track to be the worst of them all.

Judge Brown Invites Courts to Review the Legality of Drone Strikes
In addition to writing the majority opinion, Judge Brown also authored a separate concurrence in which she invited courts to review executive branch drone targeting decisions. Taking issue with the DC Circuit’s application of the political question doctrine, Brown queried, “if judges will not check this outsized power, then who will?” She stated, “Our democracy is broken.”

Brown quoted commentators, including counterterrorism and Middle East security expert Daniel L. Byman, who noted, “It has become more politically palatable for the United States to kill rather than detain suspected terrorists”; Pulitzer Prize-winning journalist David Rohde, who observed that the executive branch has “adopted a de facto ‘kill not capture’ policy” in the “war on terror”; and Michael C. Horowitz, author and professor of political science, who stated that current drone technology “encourages the use of military force.” Brown wrote that “even after a signature strike is complete, the government still does not know ‘the precise identities of who [was] killed.'”

Three former US Air Force service members whose work supported the drone program — Brandon Bryant, Lisa Ling and Cian Westmoreland — filed an amicus brief in the case. In her concurrence, Brown quoted from their brief: “Serving in the Air Force, amici witnessed widespread and deliberate misclassification of deaths as ‘enemy kills.’ In situations where targets were unknown, they were often classified as ‘enemy kills.'”

The veterans’ brief also stated, “In one incident, one amici saw a child run into a missile shot. The military’s post-action report classified the child as a dog. The internal culture favored classifying individuals as combatants rather than ‘non-combatants’ and deaths as ‘enemy kills’ rather than civilian casualties.”

Indeed, “The Drone Papers,” a treasure trove of secret military documents provided to The Intercept in 2015 by an anonymous member of the intelligence establishment, indicates that the Obama administration labeled unidentified males killed in a strike zone “enemies killed in action” unless there was evidence posthumously proving they were not terrorists or “unlawful enemy combatants.”

Westmoreland wrote a chapter for the forthcoming updated edition of my book, Drones and Targeted Killing: Legal, Moral, and Geopolitical Issues. In an interview with Truthout, he said, “I will support Faisal’s journey for answers until he finds them, whether it takes another year or the rest of my life. As someone who performed duties that led to the deaths of many people who could have very easily been as innocent as Faisal’s family members — through a program that lacks the transparency needed for accountability — my own conscience demands it.”

He was not surprised by the dismissal of Faisal’s lawsuit. “What this case now shows, however, is that a federal judge acknowledges that democracy is broken when courts are not allowed to review the relevant information necessary to determine the legitimacy of lethal force used by government forces operating from within our own borders. I commend Judge Brown in suggesting the duty judges have to take on the responsibility for amending this.”

No one from the Bush, Obama or Trump administrations has been held legally accountable for their unlawful killing of thousands of civilians.

Although Bush used armed drones, the targeted killing program reached its zenith during the Obama administration. It took three years for Barack Obama to make good on his pledge to be transparent about the United States’ lethal drone program. But the Obama administration’s claims of civilian casualty figures were significantly lower than tallies documented by leading nongovernmental organizations (NGOs).

“Every previous (rare) public, on-record statement made by the Obama Administration on the [drone] program has been shown to be false or deeply misleading,” the international human rights organization Reprieve reported. “Moreover, the Administration has repeatedly shifted the goal posts, secretly re-defining who can be targeted and what it means to be a civilian.”

Data used to identify drone targets is notoriously unreliable. Former CIA Director Michael Hayden said, “We kill people based on metadata.” But Ars Technica revealed that the National Security Agency’s SKYNET program — which uses an algorithm to gather metadata in order to identify and target terrorist suspects in Pakistan, Somalia and Afghanistan — would result in 99,000 false positives.

The Trump administration is killing civilians at an unprecedented rate. “Almost 1,000 non-combatant deaths [were] alleged from coalition actions across Iraq and Syria in March — a record claim,” according to Airwars, an NGO that monitors civilian casualties from airstrikes in the Middle East. “These reported casualty levels are comparable with some of the worst periods of Russian activity in Syria.” US aircraft inflicted most of the casualties in the coalition strikes, according to Airwars.

In fact, so many civilians have died from coalition airstrikes since Trump took office, Airwars is reducing its work on “alleged Russian actions in Syria — so as best to focus our limited resources on continuing to properly monitor and assess reported casualties from the US and its allies.”

The courts must exercise their power to provide legal oversight of the executive’s targeted killings. Faisal’s case should be appealed to the Supreme Court, which should reverse the lower court decision and order the district court to consider the legal merits.

A definitive decision that the drone strike responsible for killing Faisal’s relatives was unlawful would send a strong message to the president that he must abide by the law when using military force.