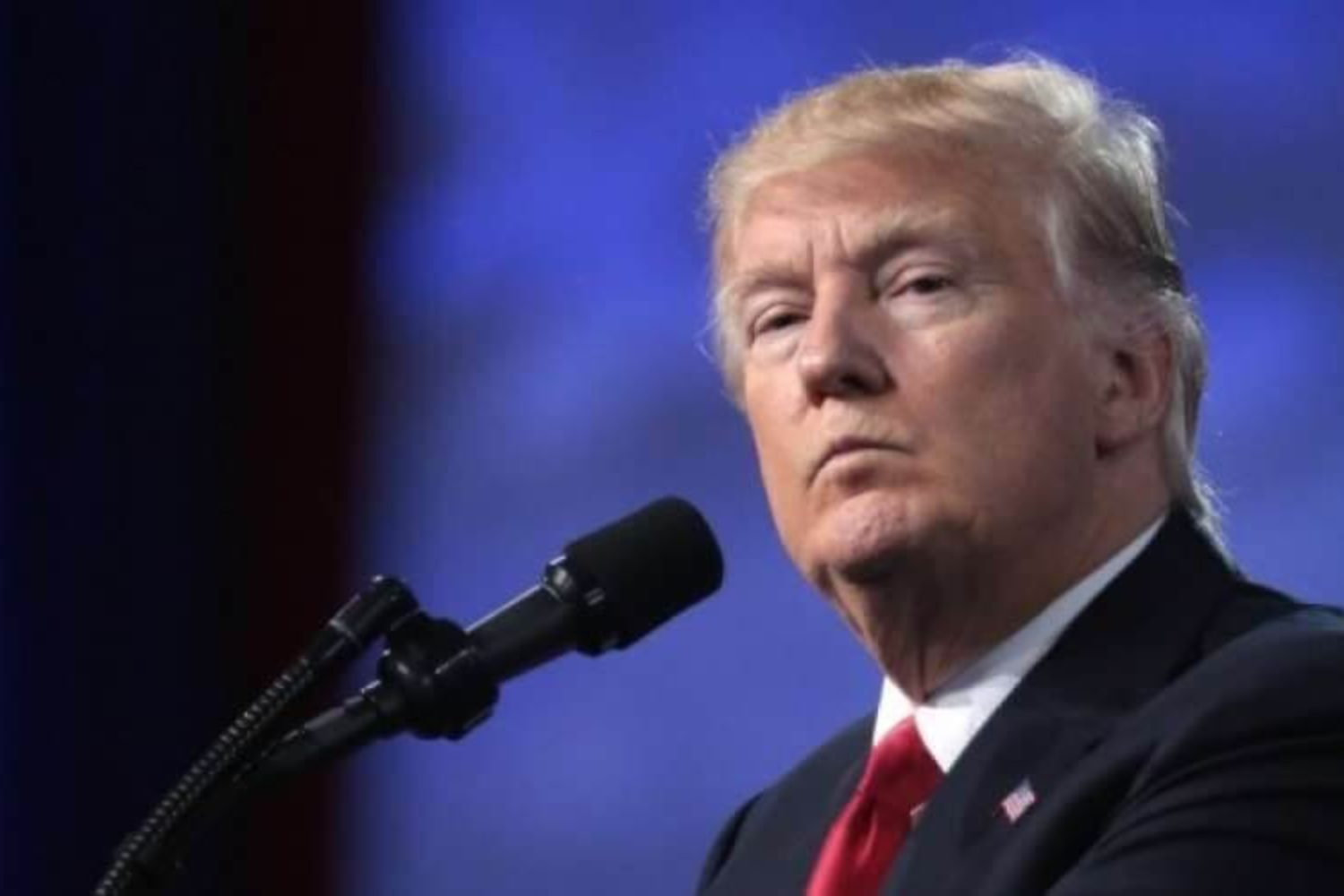 Of Course a US President Can Murder Somebody Without Legal Jeopardy—Ain’t That Great!

“Once the foundation is there, and the people and Congress acquiesce, mission creep soon extends the immunity and impunity to other areas.”

photo above: If the president does it, is it illegal? (Photo: Gage Skidmore/Flickr/cc)

WN: The Ultimate Ugly American according to this article highlighted, thanks to “mission creep” that began all the way back to Manifest Destiny and beyond, has potentially morphed into “Frankenstein USA”–then by extension, the Ultimate Global Monster…

We of course feel so much safer knowing the world is in such (in)sane hands… A whole new meaning to “He’s Got the Whole World in His Hands”… Billy Graham and George Beverley Shea, who loved that song, certainly son Franklin Graham, would simply thrill to this extension!

During his campaign for president, Donald Trump said that he could “stand in the middle of Fifth Avenue and shoot somebody” without losing voters.

Now, in a case before the Second Circuit Court of Appeals (and probably when appealed to the US Supreme Court), the president’s attorney William Consovoy told the three-judge panel that immunity would also temporarily shield Trump from prosecution for that act.

“This is not a permanent immunity,” Consovoy said, when asked by U.S. Circuit Judge Denny Chin to respond to a police investigation in “the Fifth Avenue example.” Judge Chin pressed Trump’s attorney if he means that, during the president’s tenure, “nothing could be done?”

Consovoy emphasized. “That is correct.”

Apparently, some people are upset with this.  I cannot figure that out.  It has been clear that Presidents since Harry Truman have enjoyed such immunity.

“Give em hell Harry” as he was affectionately called, began the evolution of the President from agent of the law and the people, into Imperial Caesar we all want and love.  First, came the so-called Korean War.  Of course, that is a misnomer—Congress which alone has the power to declare war did not do so in that case.  Without a declaration of war, many thought the “war” was illegal.  If there is no legal war, then the killing committed during it was not legal (killing in legal war so long as done in accord with the law of war is legal) but arguably was homicide.

Even today the USA has 6,000 hydrogen bomb weapons ready to go in a world with only 512 cities of over one million in population, or about 11.7 hydrogen bombs for each city. These “new and more useable” bombs are much more powerful than those used at Hiroshima and Nagasaki, so one per city would probably do the trick! That would leave lots of “extras” to finish off smaller targets.

Every President since Truman has had this power. They routinely threaten it with impunity: that is what they all mean when, in times of “crisis” the White House issues the statement: “all options are on the table.” It means: “How do you like that you so and so [insert enemy d’jour here].” We can visit a “fire and a fury “on you the likes of which you have never seen. Every President since Truman has made such threats with impunity. In fact, we, their fellow citizens, cheer them on! Walking softly but carry a big stick? Hell no! Swagger around and threaten worldwide murder! That is giving em hell, ain’t I right?

Now I could be wrong, but in my study of the illegality of nuclear weapons, I have seen not a single President called to task on making nuclear threats. Rather, the making of such threats seems to have enhanced Presidential stature—somewhat ironically given the apparent usurpation of Congress’s role in war-making. So, the foundation was laid for Presidential immunity and impunity in war declaring and making.

Once the foundation is there, and the people and Congress acquiesce, mission creep soon extends the immunity and impunity to other areas. As each President builds on the claims of those before, the President becomes the King. And soon the King claim “the law, that is me!” And, once the King gets away with that, in no time he claims to be “above the law.” Shocked? Nah, this is a good thing.

Yes, the President can not only murder someone in broad daylight on Fifth Avenue and be immune from the bar of justice—he can kill everyone on Fifth Avenue, and every other street everywhere in the world, without concern.  Knowing that such power exists, and can be exercised with impunity by our Lord and King ought to make you sleep soundly tonight!  God save the King!  To hell with the rest of you.

Kary Love, syndicated by PeaceVoice, is a Michigan attorney who has defended nuclear resisters, including some desperado nuns, in court for decades and will on occasion use blunt force satire or actual legal arguments to make a point.