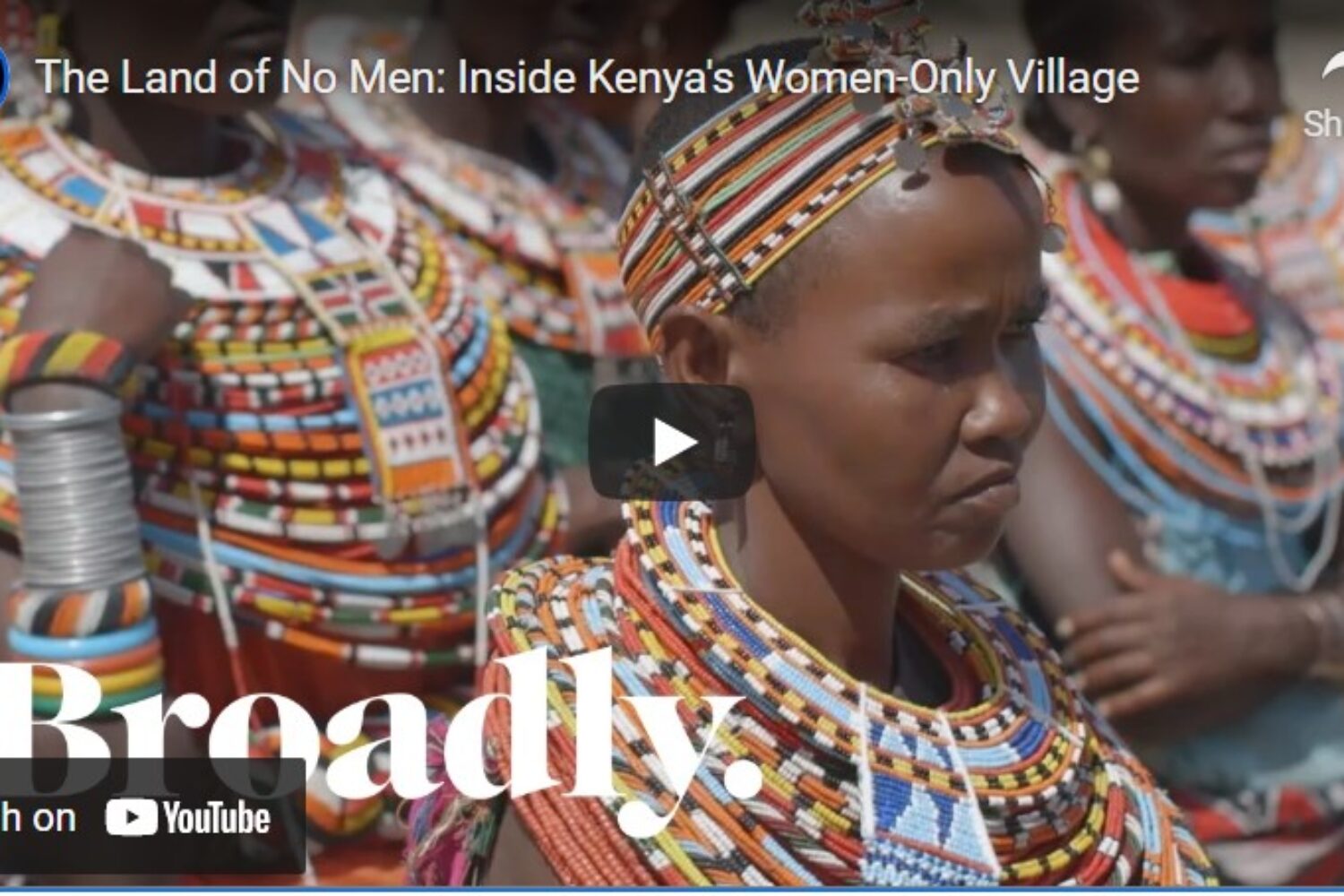 WN: These are fascinating stories of Kenyan villages where women are in charge. You may notice they are a tad biased against men… One wonders why… Just as of course one cannot imagine why there is bias against white men who have the “burden” to “take care”of their “lesser brethren” when all they offer is “the peace” – of the graveyard that is…, with caretaking meaning mass slaughter.

My only quibble with the videos is not about the anti-men bias, but the positive light in which Hillary Clinton is cast. It is supreme irony that she is embraced by Umoja for her support against male violence, and as role model for women breaking free of male domination, when in her government roles she was a consistent war hawk, constantly supporting mass slaughter of innocent women, children and yes, men too, the world over. As the article just highlighted (“Hillary the Hawk: A History”) adds insight:

Whoever is elected on Nov. 8 will be a war president on day one, with the power and autonomy to undertake destabilizing shows of force, drone strikes, special operations raids and ever-deepening military interventions. Today, combat troop deployments are routinely made by executive branch spokespeople, decisions to back open-ended air wars in places like Yemen by “partners” like Saudi Arabia are announced via press release, and congressional oversight hearings largely boil down to legislators pleading with commanders to ask for more troops and looser rules of engagement.

Of course another supreme irony was Michelle Obama’s take-down of Trump for his violence against women, when supportive of her husband in his supreme violence against millions the world over. Which goes to show how difficult it is to “see” when we are governed by self-interest. Hence Jesus’ and the prophets’ endless cry to have eyes to see…

The brief description of the videos reads:

Where the foothills of Mount Kenya merge into the desert, the people of Samburu have maintained a strict patriarchy for over 500 years in northern Kenya. That is, until 25 years ago, when Rebecca Lolosoli founded Umoja village as a safe haven for the region’s women. Umoja, which means “unity” in Swahili, is quite literally a no man’s land, and the matriarchal refuge is now home to the Samburu women who no longer want to suffer abuses, like genital mutilation and forced marriages, at the hands of men. Throughout the years, it has also empowered other women in the districts surrounding Samburu to start their own men-excluding villages. Broadly visited Umoja and the villages it inspired to meet with the women who were fed up with living in a violent patriarchy.