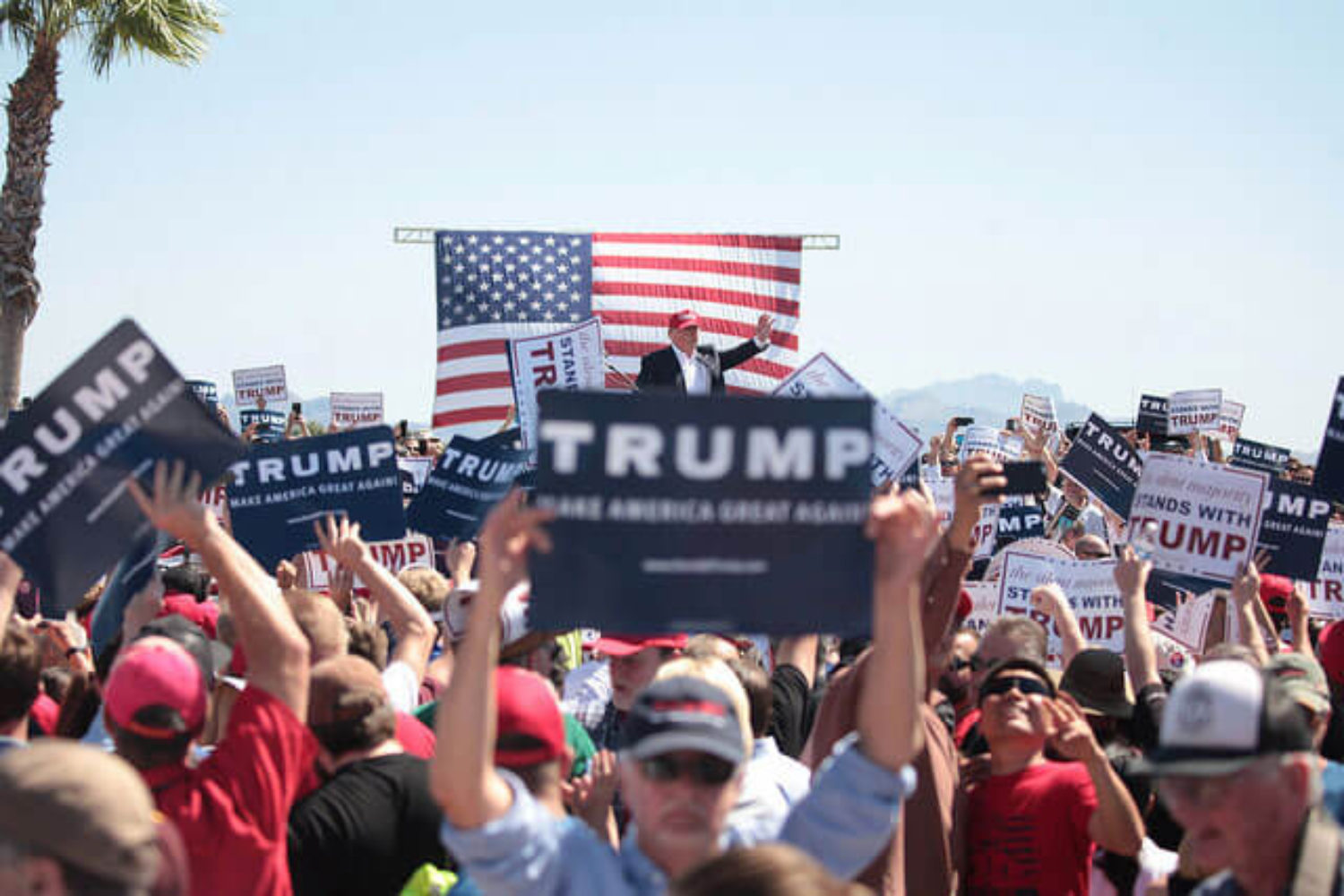 photo above: Donald Trump speaks with supporters at a campaign rally at Fountain Park in Fountain Hills, Arizona, on March 16, 2016. (Photo: Gage Skidmore)

While steeped in their complicated domestic histories, the rise of this new far right on both continents have defined common links: their love affair with Putin; their racist, homophobic and ethnocentric worldviews; and also the shared turning points in their histories stemming from the trajectory of US global economic and political dominance in the latter half of the 20th century.

It makes sense that comparisons to pre-fascist Europe are being drawn at the same time as those to the global uprisings of 1968; both periods defined eras when the entire global political, economic, and military establishment was called into question in very real ways, thanks to guerilla resistance in occupied lands, militant domestic protests and globally significant economic transitions.

At the center of Europe’s dilemma is the impending end of the euro, a currency born not as much from the political tumult but from the economic crises of the 1970s, when the US began a three-decade long deficit spree that was only alleviated for the four short years of Bill Clinton’s second term (with no surpluses since). Up until that point, the post-War surpluses that inaugurated the US as the new global hegemony, delegated through a series of institutions and guidelines established at the 1944 Bretton Woods conference, floated Europe’s currencies and financed the rebuilding of their cities and industries. From this system Germany rose, as the US strategists at Bretton Woods had planned, as the regional European power, a shock absorber for the US superpower.