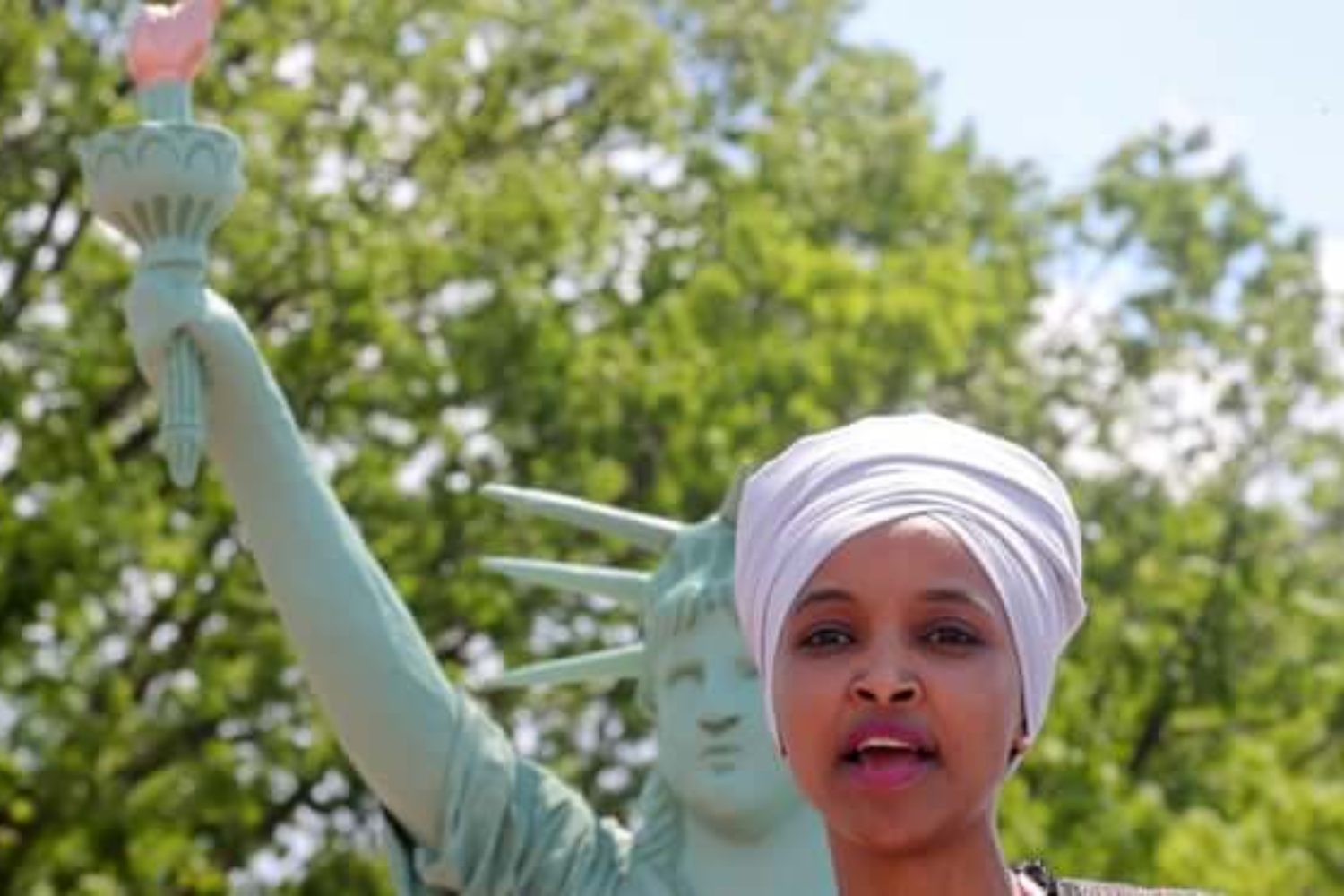 Donald Trump has made it clear: the only ‘real Americans’ are white and Christian

In a recent tirade from his bully pulpit on Twitter, Trump revealed who he thinks belongs in the United States – and who doesn’t

What Trump is doing is commandeering the American civil religion and using it to push a divisive ethnoreligious nationalism that demonizes people of color and of other faiths. The concept of an American civil religion was described in a seminal 1967 essay by Berkeley professor Robert Bellah. In it, he argued there are certain elements of American institutions that “provide a religious dimension for the whole fabric of American life, including the political sphere” and are “expressed in a set of beliefs, symbols, and rituals”. Among the many sacraments of this civil religion are the Declaration of Independence, the American flag, the national anthem, and ceremonial places and events like Arlington National Ceremony and presidential inaugurations.

But scholars have long noted the danger of civil religion being used by states and political elites as a means to shape and manipulate the public. One of its devolutions is a religious nationalism that, as the Princeton professor Philip Gorski writes, is a “toxic blend of apocalyptic religion and imperial zeal that envisions the United States as a righteous nation charged with a divine commission to rid the world of evil”. It promotes the demonization of others who dare criticize the nation and encourages views of them as evil. The nation’s symbols and leaders become its embodiments, and thus, beyond scrutiny. So all who don’t revere Trump are cast as enemies of the state and deemed a threat to the American identity.

This approach plays on the fears that changes occurring in the United States are disrupting the American way of life. A March 2017 Associated Press-NORC poll found that seven in 10 Americans believe the country is losing its identity, but there was little agreement on what the primary threats were. For Trump’s party, its members felt that illegal immigration was the biggest threat to the American identity. And they believe that speaking English and sharing a culture based on Christian beliefs and European values are at the core of the nation’s identity. Sociologists Rhys Williams suggests this is a result of the sub rosa association that makes “white Christian American” the baseline and default cultural understanding of the United States.

The president has intertwined these fears and the perceived threat felt by some of white America with a clinging to the nation’s symbols, even going so far as to literally hug the flag at times, as way of laying claim to “real Americanism” for himself and his supporters. This necessarily means that he considers those who oppose him and his presidency – especially those who are people of color or of other faiths – must be lesser versions of American.

And this is exactly what led to him telling four congresswomen of color – American citizens who represent millions of American citizens – to “go back” to some set of imagined countries of origin. Trump has hijacked the American civil religion, a concept that should serve as a basis for unity for citizens and used it in an attempt to further divide us along lines of race, party and religion in the name of political expediency.

Like Loading...
American civil religion, Donald Trump has made it clear: the only 'real Americans' are white and Christian, ethnoreligious nationalism