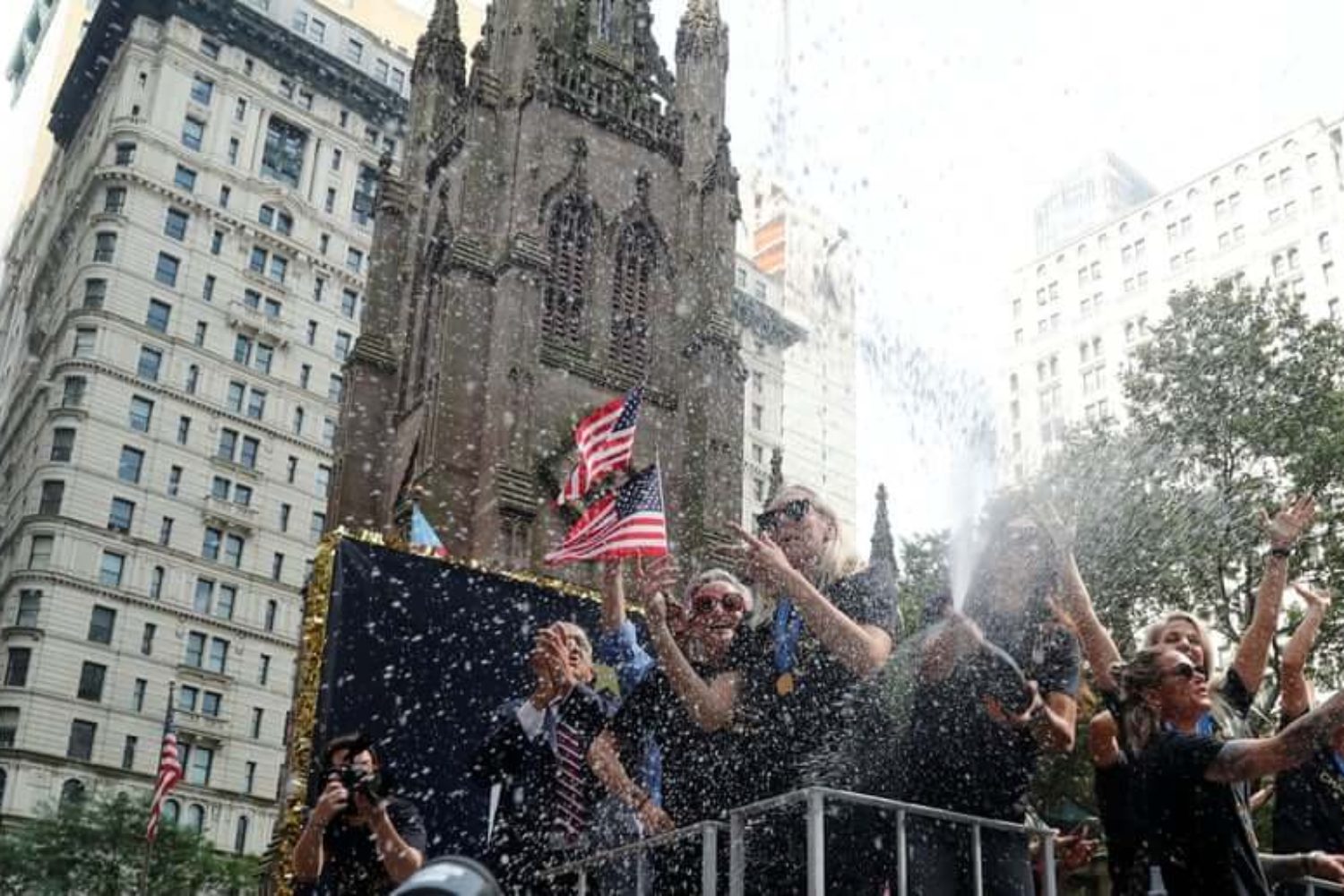 US soccer captain again rejects White House visit, saying team does not want to be ‘corrupted’

WN: Bottom line: Trump is Scapegoater-in-Chief — the Ultimately Deplorable Ugly American — as are unwittingly or cynically his supporters. Megan Rapinoe tells it like it is. Trump is telling it like it should never be.

The US women’s soccer co-captain Megan Rapinoe has delivered an uncompromising message to Donald Trump, amid ongoing controversy over a possible visit to the White House by the World Cup champions.

Rapinoe has been outspoken about LGBT rights as well as racial and gender equality. After the US won the World Cup for a record fourth time on Sunday, Rapinoe called for progress on equal pay for the male and female teams.

“I don’t think anyone on the team has any interest in lending the platform that we’ve worked so hard to build, and the things that we fight for, and the way that we live our life … I don’t think that we want that to be co-opted or corrupted by this administration,” Rapinoe told Cooper.

She added that allowing the White House to “put us on display” didn’t “make sense for us at all”, adding: “There are so many other people that I would rather talk to and have meaningful conversations that could really affect change in Washington than going to the White House.”

She added: “You have an incredible responsibility as the chief of this country to take care of every single person, and you need to do better for everyone.”