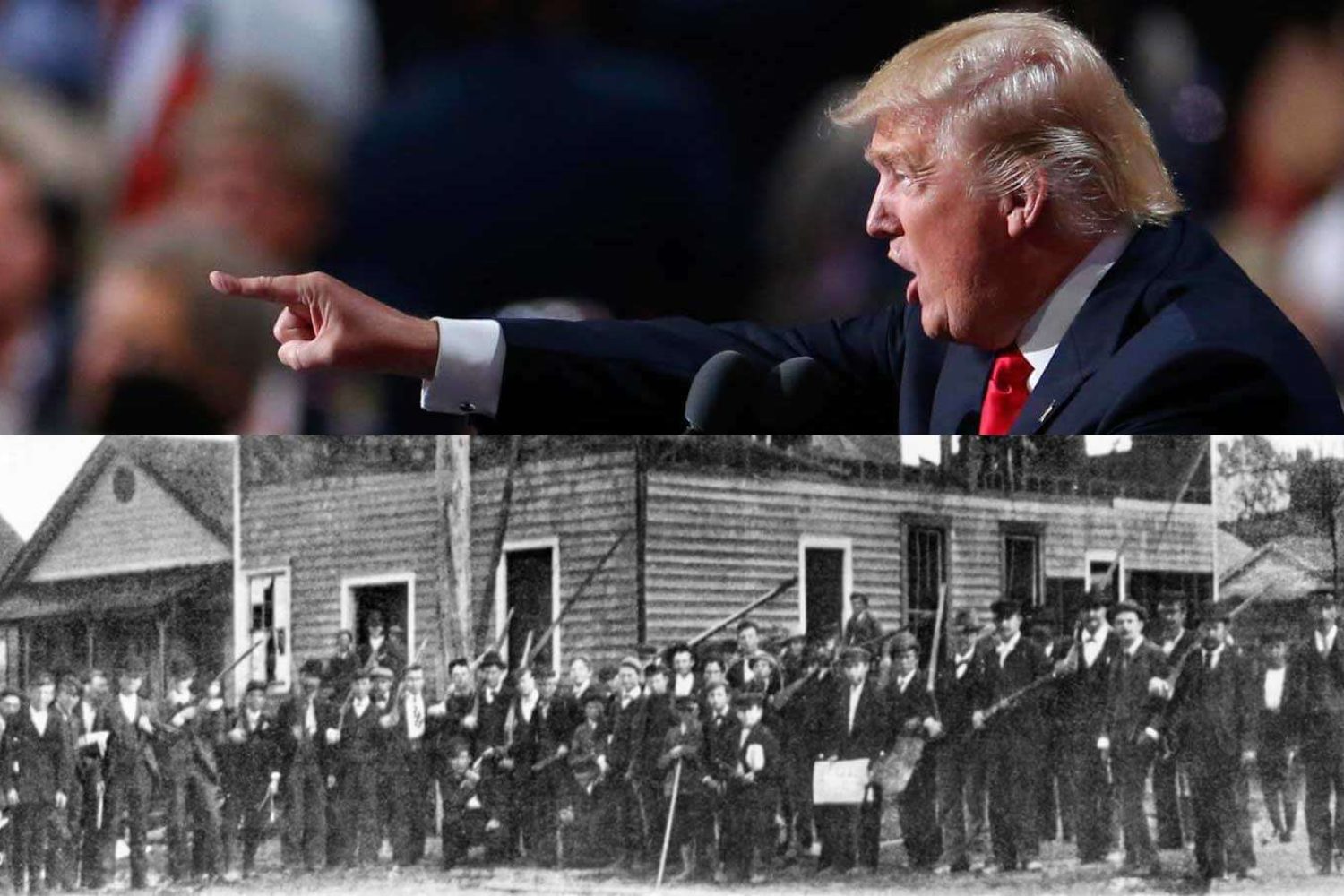 In North Carolina, we have heard this before, and lived through the bloody consequences of white terrorist rhetoric.

photo above: Top: Donald Trump. Bottom: A group of rioters pose outside the ruins of the Record building in Wilmington, 1898. (Top: Reuters / Carlo Allegri; bottom: Library of Congress)

Two years later, following a Fusion victory in the election of 1898, Aycock’s crowd turned his words into deeds. Scores of angry white men burned down the only black-owned daily newspaper in the state, rampaged through the streets with a Gatling gun, shot dozens of un-armed African Americans, and banished from Wilmington every black and white Fusionist leader. This white-terror attack—the only successful coup d’état in a large American city—was sanctioned by every white church in Wilmington. It was also the precursor to many copycat white terror attacks, which firmly established Jim Crow laws throughout the South.

Donald Trump doesn’t need to know Aycock’s story to know the power of an appeal to white rage in North Carolina. He repeatedly calls Hillary Clinton “crooked,” then smirks when his crowds yell, “Lock her up!” Every Southerner, black and white, knows exactly what he was suggesting when he said the “Second Amendment people” know what to do if Clinton is elected.