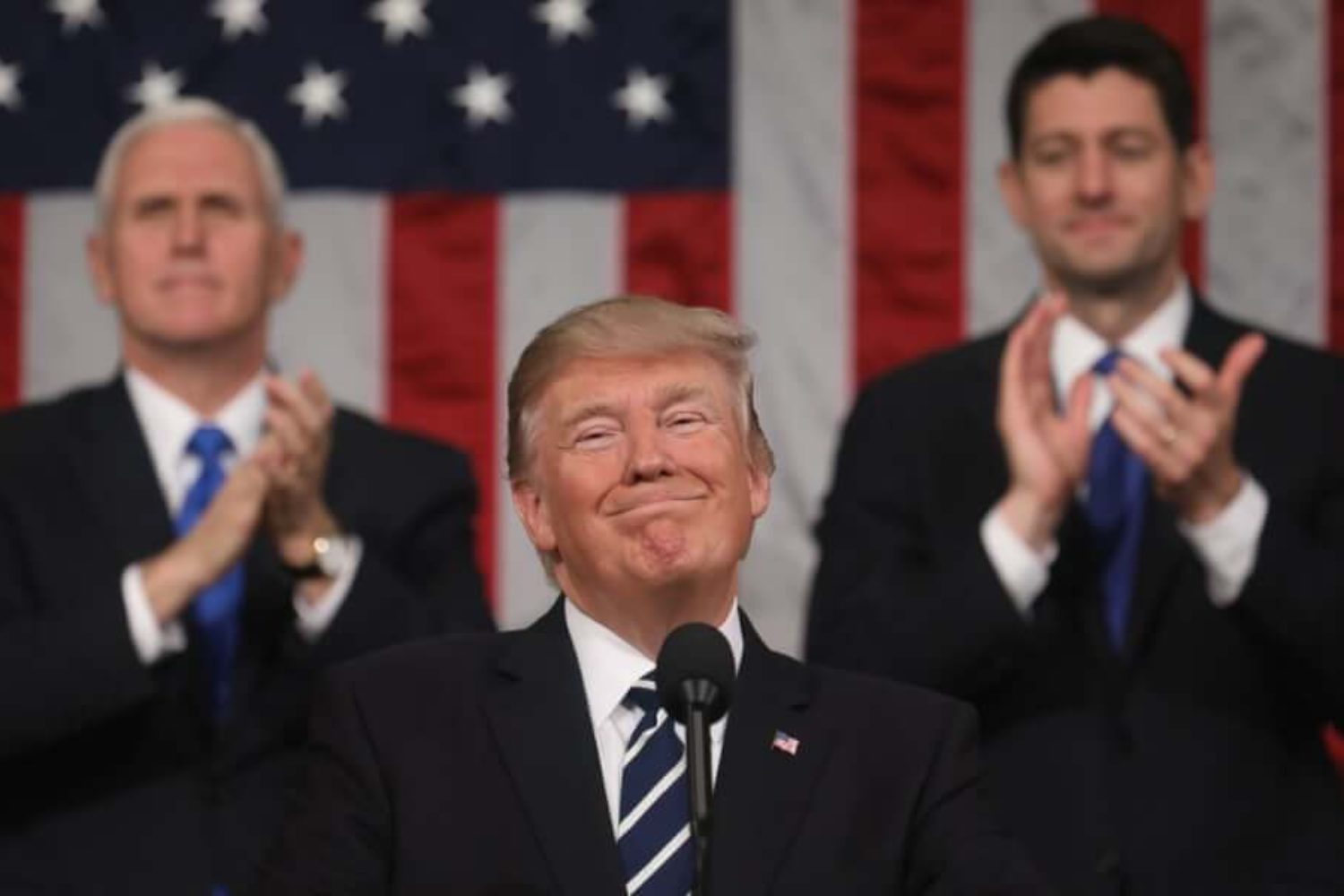 Tim Alberta of Politico has written a compelling, alarming and scoop-heavy history of the fall of the party of Lincoln

As the storm raged, top Republicans were notable for being absent. The most prevalent form of response from within Trump’s own party was no response at all.

Mitch McConnell, the Senate majority leader, refused to engage with reporters’ questions about Trump’s offensive remarks, claiming he would address the issue on Tuesday at his regular press conference.

Some moderate Republicans did speak out. Susan Collins, a US senator from Maine, lamented Trump’s tweets as going “way over the line”. The only Republican senator who is African American, Tim Scott, referred to the president’s “racially offensive language”.

But such critics were in the small minority. Chuck Schumer, the lead Democrat in the US senate, accused the bulk of his Republican peers who held their silence of “making a deal with the devil”. He asked them: “Where are you when something this serious, this bigoted, this un-American happens?”

In her remarks, Ocasio-Cortez recalled the first time she visited Washington with her father as a little girl. Sitting on the edge of the Reflecting Pool that stretched along the National Mall between the Lincoln Memorial and the Washington Monument, her father told her: “All of this belongs to you.”

“I want to tell children across this country … that no matter what the president says, this country belongs to you,” she said. “Today, that notion – that very notion – was challenged.”

The 45th president has won the hearts and minds of the faithful while turning off the rest of America. According to a recent poll, Trump has garnered the approval of seven in eight Republicans even as he trails Megan Rapinoe, the star of the champion US women’s soccer team, 42%-41%. All this despite an economy that moves forward.

Tim Alberta, Politico’s chief political correspondent, has written a masterful must-read. Across 600-plus pages, he chronicles more than a decade of transformation and turmoil within what was once but is no longer the party of Abraham Lincoln.

Subtitled On the Front Lines of the Republican Civil War and the Rise of President Trump, American Carnage delivers a lively tick-tock on how the party moved from George W Bush’s “compassionate conservatism” to the jagged contours of Maga. Trump emerges as the vehicle and voice of white evangelicals and white Americans without a four-year degree, the operative word being “white”.

Alberta is mindful that the winds of proto-Trumpism were present before Bush had left office. In his telling, Sarah Palin – who once bragged of her husband and herself: “He’s got the rifle, I’ve got the rack” – was a harbinger of a post-Bush world.

American Carnage records Karl Rove, Bush’s political brain, branding Palin “vacuous” and evidencing a Republican tropism toward “wanting people who would throw bombs and blow things up”. While Trump was the “ultimate expression” of that impulse, Rove says, Palin was an “early warning bell”.

Alberta makes clear that Trump was the only candidate capable of harnessing populist fury into something more than a collection of raw emotions. Clinton’s worship at the altars of identity politics and political correctness helped cost her the election, just as Trump’s lack of a filter endeared him to his base.

Although Clinton finished with nearly 3 million more votes, Trump sits in the Oval Office. As Alberta observes, authenticity remains in high demand, more so than reality.

Trump is embattled but far from despairing. “I fucking love this job,” he “howls” to no one in particular, backstage at a rally in Columbia, Missouri, in November 2018.

He knows he is transformative.

“Honestly,” Trump tells Alberta. “Can there even be a question?”