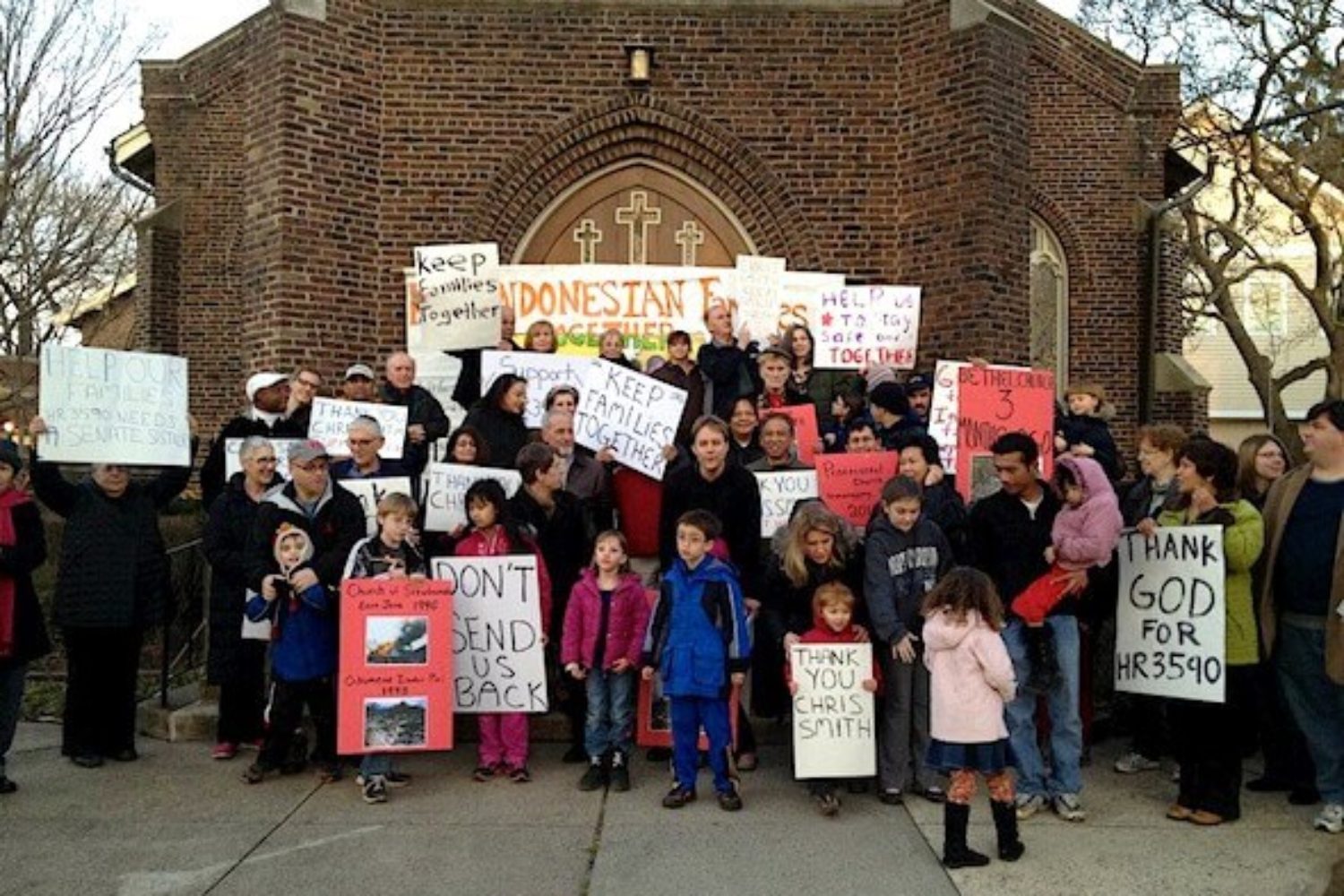 Since President Trump took office less than one month ago, fears of increased deportations at the hands of Immigration and Customs Enforcement (ICE) have spread across the nation. While many local governments have made headlines for pledging to remain sanctuary cities for undocumented immigrants, religious institutions have begun to open their doors as well.

The order, “uses a broader definition of ‘serious crimes’ and includes anyone who has crossed the border illegally—a misdemeanor,” The New York Times reported.

Trump has since praised the “crackdown on illegal criminals,” a key component of his campaign platform. And while the number of ICE arrests have remained level, there are reports of immigrants with nonviolent records (who usually were an exception under Obama-era deportation policy) now facing deportation as a result of Trump’s executive order.

Sanctuary churches are not a new concept. The Obama administration was responsible for massive deportations, and many churches offered protection to undocumented immigrants during President Obama’s time in office.

But in the wake of Trump’s election, “dozens of churches and other faith communities” are pledging to protect undocumented immigrants from deportation, according to NPR.

Like the local government officials who vow to continue sanctuary cities, religious leaders are guided by a sense of morality.

“We have to stand with the oppressed even if the law of the land sometimes doesn’t exactly coincide with the teachings of peace and justice and love found in Scripture,” Seth Kaper-Dale, pastor of the Reformed Church of Highland Park in New Jersey, told The New York Times.

“For years, it’s been federal policy not to do immigration enforcement in churches and other ‘sensitive locations,’ such as schools, unless absolutely necessary,” NPR reported.

But that may change in the current atmosphere. Undocumented immigrants don’t have legal protections just because they are housed in a church, and anyone who knowingly harbors those immigrants could face years in prison.

Still, these risks haven’t stopped leaders of religious institutions from offering their protection.

“Is sanctuary brutally hard? Yes,” New Jersey pastor Kaper-Dale told NPR. “But it is a tool that we will use, if we’re forced by a brutal regime to use it.”

For their courage in the face of serious consequences and their compassion in a menacing political climate, we name sanctuary churches—and the leaders who run them—our Truthdiggers of the Week.