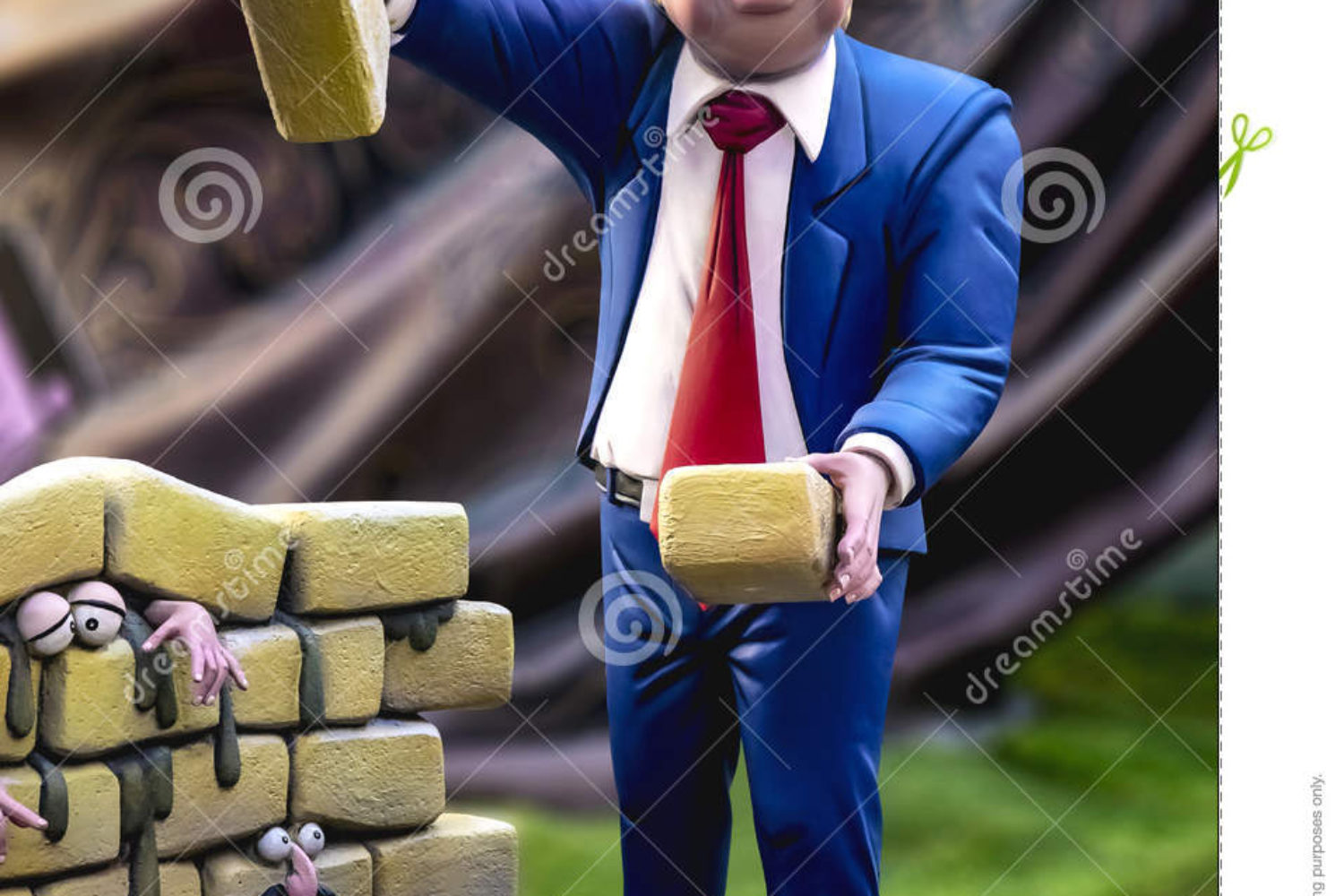 Is Trump’s National Emergency (ANOTHER)1 Step Toward Fascism?

photo above: VALENCIA, SPAIN – MARCH 19, 2017: Photo with blurred background Ninot sculpture representing of Donald Trump placing a brick on the wall with mexico

WN: The article highlighted is a balanced response to the question above.

If we conceptualize the relationship between fascism and representative democracy in terms of contestations over the nature of the “normal” and the “exceptional” (among other factors, of course) we can see how these distinctions are often far less obvious than such historical examples suggest. When is the use of executive authority authoritarian? Republicans never tired of accusing Obama of being a “tyrant” when he utilized executive authority, yet they defend Trump and vice versa. If they’re all so worked up about executive authority, why not get rid of the executive branch? And why is much of the critique of Trump’s actions offered by the Democratic leadership focused on procedure – “doing an end run around Congress” — rather than politics? Because the Democratic Party leadership also supports the detention and deportation of the undocumented and doesn’t want to appear “soft” on immigration. Trump’s “abuse of power” in pursuit of the wall is an egregious “exception,” we are told, while routine detentions and deportations are “normal.”

Yes, we should be outraged by Trump’s border wall, but, as Evan Greer pointed out in the Washington Post, we should be just as outraged by the Democratic calls for a “technological barrier” composed of enhanced surveillance technology to support the caging and deportation of migrants. We must not forget that President Obama set the record for most deportations. The liberal ascription of blame to Trump for all social ills implicitly (or explicitly) constructs an image of American greatness prior to 2017. When Democratic politicians call for a return to the pre-Trump era, they too are saying “Make America Great Again.”

The challenge lies in organizing against the growth of far-right and authoritarian politics while simultaneously highlighting the continuities they share with the political center — the overlap between the “exception” and the “norm.” In this case, that means opposing the wall with all of our might while remembering that the struggle for a world without borders does not stop with Trump. It means that Trump’s national emergency ought to be resisted as if it were a slide into further authoritarianism whether that proves to be the case or not. As Walter Benjamin famously wrote at the peak of the fascist menace, “the tradition of the oppressed teaches us that the ‘emergency situation’ in which we live is the rule.”