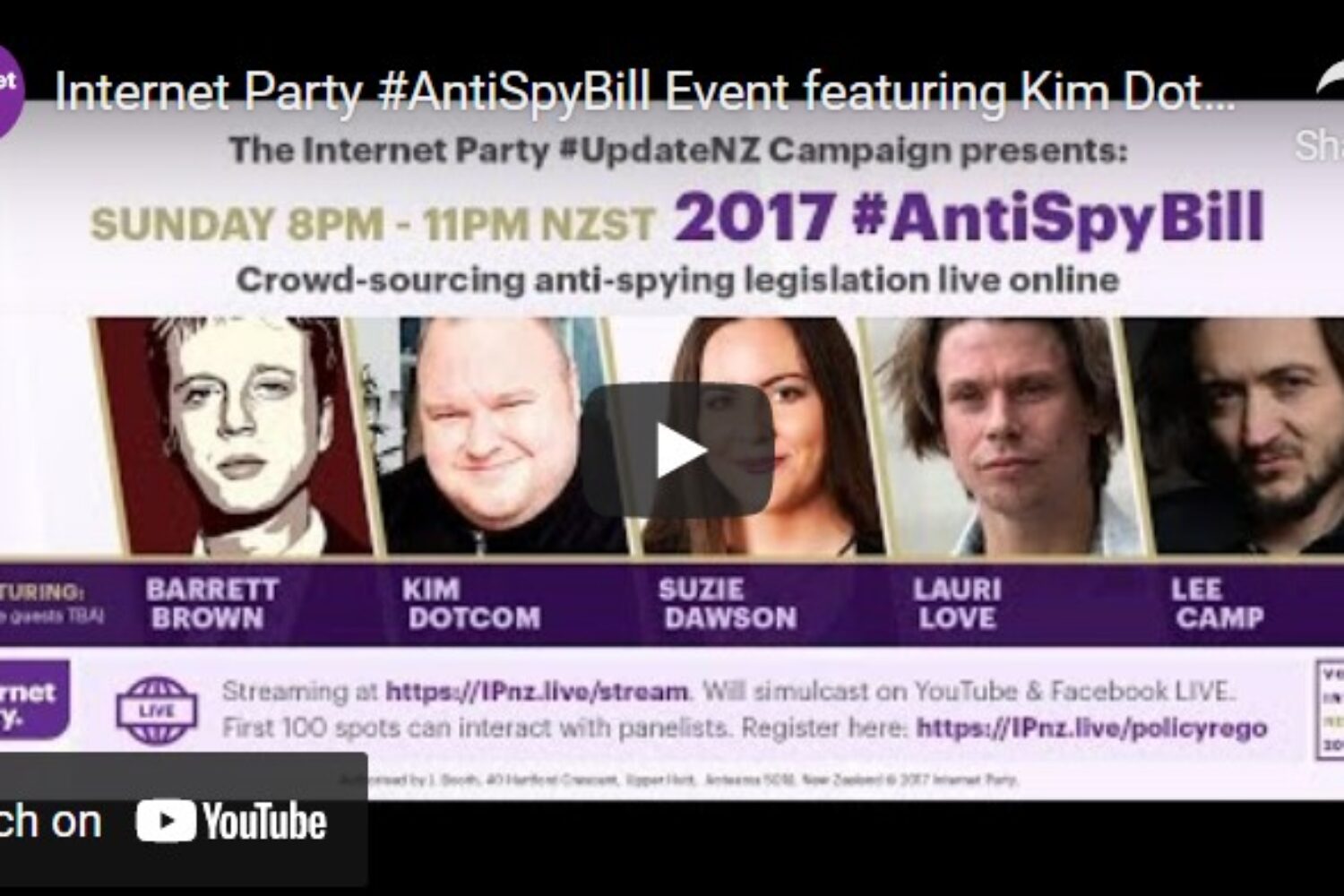 On Sunday [August 6, 2017], the Internet Party of New Zealand live-streamed a general election campaign event featuring guests such as award-winning investigative journalist Barrett Brown, hacktivist Lauri Love and stand-up comedian Lee Camp. The party’s platform is based on internet freedom and consumer privacy protections, and it looked to the public to help draft legislation during the #AntiSpyBill event, which streamed live on YouTube.

A press release from the Internet Party explains:

Once finalised the draft legislation, dubbed the 2017 #AntiSpyBill, will be submitted to human rights, privacy and political organisations and groups around the world, to lobby for its adoption.

The initiative seeks to counter the damage to democratic and human rights inflicted upon New Zealanders by a string of draconian spying laws passed between 2013 and 2016. These laws have retroactively legalised previously illegal targeting of New Zealanders, including warrantless spying and covertly filming them inside their homes, Orwell-style—a practice referred to in law as “domestic visual surveillance”.

Internet Party Leader Suzie Dawson said “New Zealand spies and their international counterparts have engaged in some of the most egregious conduct imaginable. The laws passed under urgency in recent years have only furthered the sense of invulnerability of these spies. They also violate international law. We must show that where our lawmakers fail to do so, the public are willing to step up and address these issues themselves.”

“We are proud to be bringing some of the world’s brightest citizen heroes together to once again shine a spotlight on the crimes of the spy agencies against New Zealand citizens and residents, and indeed the world,” Dawson, who hosted the event, writes in the press release. “These luminaries of anti-surveillance activism know well the cold touch of the attentions of the spy agencies and have a wealth of knowledge and personal experience to share with us. We are honoured by their participation.” Watch the video of the event in the player above.